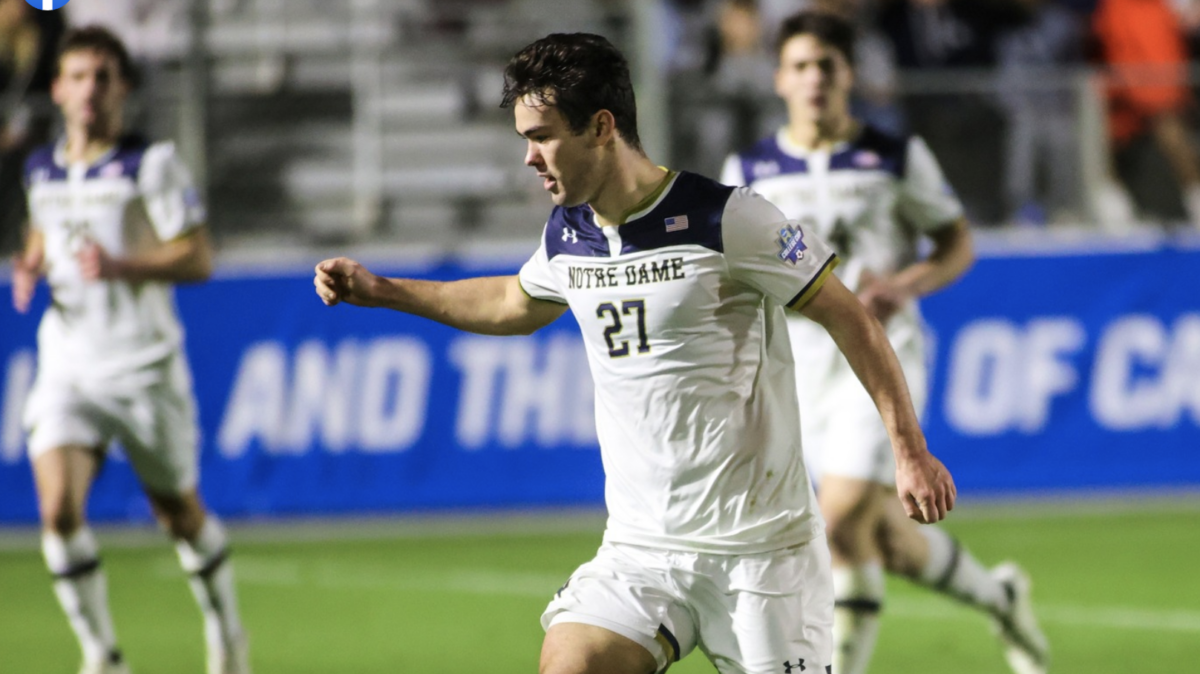 Jack Lynn was a major part of the recent success at the University of Notre Dame over the last few seasons, but now the Missouri native is preparing for the challenge of making a successful transition to the professional ranks.

Lynn capped off a stellar career at South Bend with an ACC Championship and an appearance in the NCAA Tournament semifinals. The 21-year-old led the Fighting Irish with nine goals during his senior season, earning Second Team All-American and First-Team All-ACC honors for his consistent play in 2021.

That success has led Lynn to head into Tuesday’s 2022 MLS Draft as one of the top seniors and top forwards available for selection. Lynn led the Fighting Irish in goals in each of the last three seasons, finishing his collegiate career with 30 goals and gradually improving as an all-around forward every year.

A former standout within the Saint Louis Scott Gallagher/Saint Louis Football Academy, Lynn is the latest talent to come out of St. Louis, following in the footsteps of current U.S. men’s national team players Josh Sargent and Tim Ream.

Although Sargent has since moved on to Europe with Werder Bremen and now Norwich City, Lynn got the opportunity of a lifetime, facing off with his fellow Americans in a friendly against the USMNT under-17 national team back in 2016. Lynn was still in the middle of his high school years at Chaminade College Preparatory School, but used that game as motivation to take his development to the next level.

“It was a special day in my career because I felt I had a lot to prove since I didn’t get picked for residency,” Lynn said. “I remember Josh was starting up top for the U.S., George Acosta, Ayo Akinola were also on that squad for that match, and I was able to come off of the bench and score the tying goal of an eventual shootout win. It was one of those days where I felt it really helped me in my career see where I was against some really good talented players.

“A lot of those academy matches were great for my development because I got to go up against guys like Gio Reyna, James Sands, Joe Scally, all guys who are excelling at their game now and either playing in Europe or working their way to playing in Europe. Those kinds of matches can only help get you better for what’s to come.”

Lynn’s collegiate career in South Bend came to a frustrating end as the Fighting Irish lost to Clemson University 4-2 in penalty kicks in the NCAA Tournament Final Four. The result snapped a seven-match winning run for Chad Riley’s squad, ending their dreams of capturing a first-ever NCAA title and a second trophy overall in a matter of two months.

“It was a tough pill to swallow because we worked so hard and thought it would be the best ending to a great season,” Lynn said. “We went on a great run during the ACC Tournament, just winning wherever we went and whoever we played against. Unfortunately the Clemson game just didn’t go in our favor and the season ended. It was a sad way to end my time there, but it’s four years I am grateful to have in my life.”

Lynn has continued working both in the gym and on the field preparing for the big day of the MLS Draft, ready to help whichever of the 28 MLS franchises that decides to give him an opportunity. Not only has Lynn continued to work on individual drills as a forward, but he’s studied film on his favorite European player to hopefully add new tricks to his repertoire.

“Harry Kane is my favorite forward to watch because he is just very good at doing everything from scoring goals and making an impact, to making runs on the field and getting into good positions,” Lynn said. “I think I’m kinda the same way as him where I can dip into midfield and create chances for my teammates. I absolutely love watching him and if I can steal some things from him, I think I will be okay.”

For now Lynn is enjoying the ride of being an MLS Draft prospect before the hard work of preseason camp comes rolling around the corner. No matter where he ends up on draft day, Lynn is focused on giving everything he has to keep his dreams alive of being a professional player.

“I definitely want to make a roster, but I want to be an impactful rookie wherever I end up,” Lynn said. “As long as I give my all, good things will happen and maybe someday I can get to Europe one day like a lot of the players before me.”