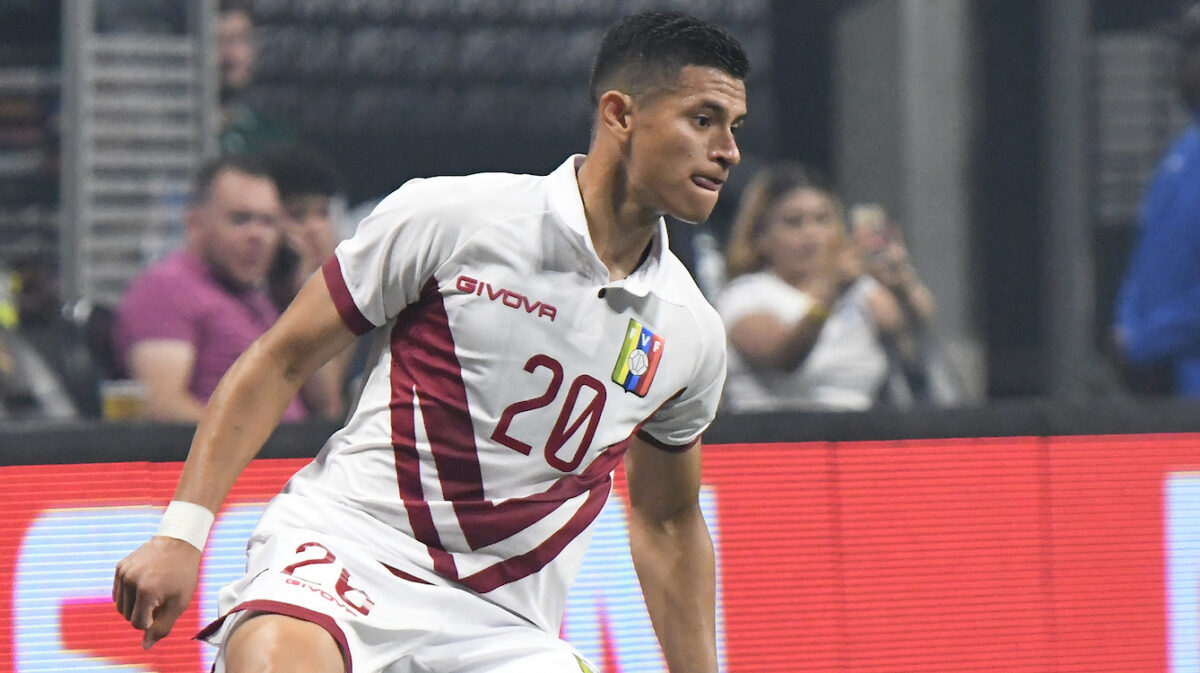 Ronald Hernandez impressed in his loan spell with Atlanta United in 2021 and earned himself a permanent move to the club on Monday.

The Five Stripes announced that Hernandez has joined the club permanently from Scottish Premiership club Aberdeen. Hernandes signed a three-year contract with the Eastern Conference club and will occupy an international roster spot on the Five Stripes roster.

“Ronald is a talented and versatile defender who we’re pleased to add permanently to our roster,” Atlanta United Vice President and Technical Director Carlos Bocanegra said. “After coming in last season on loan, he was able to re-integrate himself into the Venezuela National Team after playing valuable minutes for our club. We look forward to Ronald continuing to add competition for playing time in our team.”

The Venezuela native joined Atlanta United on loan before the 2021 season and finished with 13 appearances under his belt. Hernandez, 24, began his professional career with Zamora FC of the Venezuelan Primera División and also played for Norwegian side Stabæk and Aberdeen in Scotland.

Here’s a closer look at all of Monday’s MLS news:

Jesus Medina’s four-year stint with Eastern Conference club New York City FC is over after the Paraguayan international signed in Russia on Monday.

CSKA Moscow announced the signing of Medina on Monday, making him one of its recent signings of the January Transfer Window. Medina signed a three-and-a-half year deal with the Russian Premier League side after having his contract option declined by NYCFC earlier this winter.

Medina’s departure now opens up a Designated Player spot on NYCFC’s roster ahead of the 2022 MLS season. NYCFC will begin play in the 2022 Concacaf Champions League Round of 16 in mid-February against Costa Rica’s Santos de Guápiles FC.

Kacper Przybylko has led the line for the Philadelphia Union attack in each of the last three seasons, but the German-born striker is reportedly linked with a move away from Subaru Park this winter.

The Chicago Fire are reportedly interested in acquiring Przybylko, the striker admitted in an interview with Polish outlet Weszlo on Monday. Przybylko also confirmed European interest from abroad, forcing the Union into a major decision before the 2022 MLS regular season begins.

“The Chicago Fire has come forward, the offer is on the table in Philadelphia,” Przybylko said in the interview. “The sporting directors will be talking to each other and we’ll see what comes out of it. I would like to accept this offer. I have a guaranteed contract there for a long time.”

Przybylko has registered 35 league goals and 14 assists for the Union in 87 league appearances over the past three seasons. The 28-year-old also finished as the Concacaf Champions League’s Golden Boot winner in 2021 after notching five goals and one assist in six appearances for Jim Curtin’s squad, which reached the semifinal round.

The Fire would welcome help in their attacking corps after failing to make the playoffs for the fourth-consecutive campaign. 2021 leading scorer Robert Beric was not re-signed this offseason before being selected by Sporting Kansas City in the MLS Re-Entry Draft.