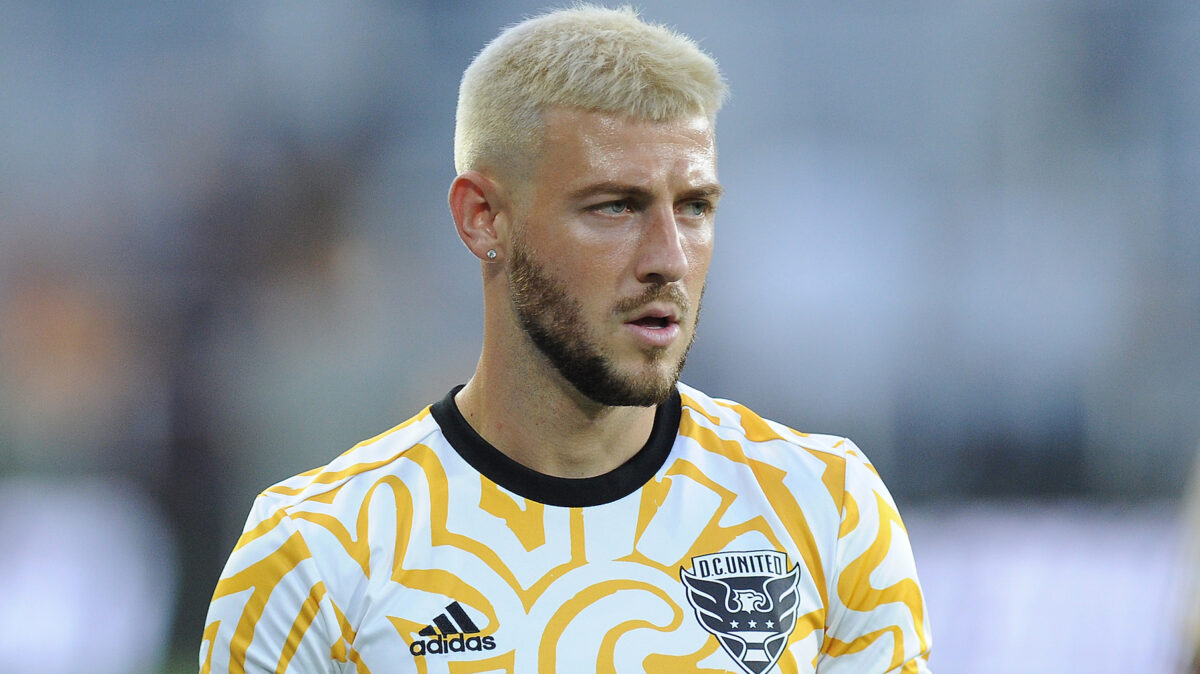 Ricardo Pepi’s departure from FC Dallas this winter left the Western Conference club needing help at the forward position and the Texas-based club answered in a big-time way on Wednesday.

D.C. United will also retain 30 percent of any transfer value if FC Dallas transfers Arriola to a team outside of MLS and could receive up to an additional $300,000 in GAM if Arriola reaches certain performance-based metrics while in with Dallas.

Arriola, 26, joins FC Dallas after starting his MLS career with D.C. United as a Young Designated Player in August 2017. He has scored 20 goals and registered 16 assists in 92 matches overall for the Eastern Conference club. Arriola also spent a short loan spell in England with Swansea City in 2021 before suffering a knee injury which ended his season early.

Prior to joining D.C. United, Arriola spent four years at Liga MX side Club Tijuana, where he scored 11 goals and added three assists in 116 overall appearances. He has also earned 42 caps for the U.S. men’s national team to date, and is currently with Gregg Berhalter’s side for the upcoming round of World Cup Qualifiers.

Charlotte FC signed its first Designated Player in club history on Wednesday, bolstering its attack for the 2022 MLS season.

Karol Swiderski joins the MLS side from Greek first division club PAOK, signing a four-year contract which includes an option for 2026. The 25-year-old will occupy an international roster spot heading into the club’s inaugural season.

Swiderski joined PAOK in 2018 and went on to score 35 goals and register 14 assists in 135 appearances. He won the first division title with PAOK in 2018-19 and also lifted two Greek Cups during his time there.

“We’re delighted to welcome a player of Karol’s caliber to Charlotte FC to spearhead our attack,” said Sporting Director Zoran Krneta. “He’s proven to be a lethal goal scorer at both the club and international level, and to secure his signing as our first Designated Player is an excellent achievement for our Club.”

The striker broke through with the Polish national team in 2021 and earned a spot on their roster for last summer’s European Championship. Swiderski scored five goals in nine appearances for Poland during the team’s World Cup Qualifying campaign.

The San Jose Earthquakes upgraded their backline with the signing of free agent defender Francisco Calvo on Wednesday.

Calvo signed a one-year contract with the Quakes, which includes an option for 2023. The 29-year-old makes the move out west after spending the past two-and-a-half seasons with the Chicago Fire.

“Adding a proven central defender was a priority for us this offseason,” said Earthquakes General Manager Chris Leitch. “Francisco possesses a significant amount of experience in Major League Soccer and with the Costa Rica National Team, and his signing makes us both deeper and more versatile heading into 2022.”

Calvo has totaled 10 goals and nine assists in 122 appearances in MLS, playing for Minnesota United and the Chicago Fire. During his first two seasons with Minnesota, Calvo started 53 matches and tallied four goals and four assists, earning a selection to the 2018 MLS All-Star team.

Minnesota United opened up a Designated Player and international roster spot heading into the 2022 season on Wednesday.

Thomas Chacon has been waived by the Loons after the club exercised its offseason buyout of Chacon’s contract. The 21-year-old is now free to sign with any club as a free agent.

The Uruguayan began his career with native club Danubio and scored two goals in 20 appearances for the first team. Minnesota United signed Chacon as a Young Designated Player in 2019, but the midfielder would only make six appearances for the club in three seasons.

He spent majority of the 2021 campaign with Uruguyan side Liverpool, scoring two goals in 23 appearances.

Andres Reyes will miss at least the first half of the 2022 MLS season after undergoing a successful foot surgery on Wednesday.

Reyes has been ruled out for 4-6 months after undergoing surgery to repair a Jones fracture in his foot. The centerback suffered the injury in an offseason workout at home and at the earliest would be back in action between May-June.

The 22-year-old made the switch to the Red Bulls from Atletico Nacional in 2021 and made 19 appearances for the club last season. Reyes, a former Colombian youth international, also spent the 2020 MLS season on loan at Inter Miami, where he made 13 appearances for the Eastern Conference club.

Alexander Alvarado is on his way out of Orlando City after the Eastern Conference club agreed to a loan spell for the forward.

Alvarado will join Ecuadoran club Liga Deportiva Universitaria on a free loan for the 2022 season with an option to buy before Dec. 1, Orlando City announced Wednesday. The Ecuador native joined the Lions in 2020 and since has totaled 12 appearances in MLS.

“Alexander is someone who has put in a lot of effort since joining our Club and has always maintained a strong work ethic,” said Orlando City EVP of Soccer Operations and General Manager Luiz Muzzi. “This loan presents him with a unique opportunity to gain valuable minutes while also returning home. We look forward to seeing his growth throughout his time in Ecuador.”

Alvarado, 22, has made two appearances for the Ecuador national team, making his international debut and notching his first assist in September 2017.