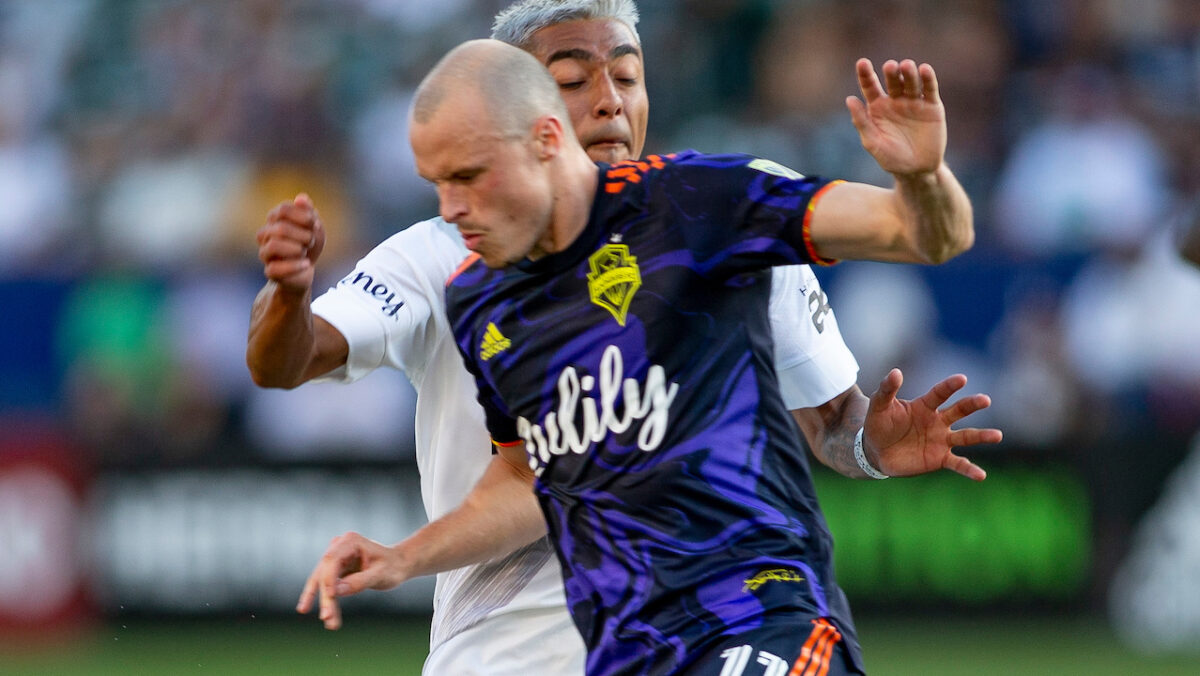 D.C. United might lose youngster Kevin Paredes this winter, but looks to have locked up a starting left back in exchange.

Brad Smith was acquired by the Eastern Conference club on Thursday in a trade with the Seattle Sounders, both clubs announced. In exchange, the Sounders will receive $750,000 in General Allocation Money in 2022.

Smith 27, joined the Sounders in 2018 originally on loan from AFC Bournemouth but his move was made permanent in 2020. The Australian-born defender went on to total 72 appearances for the Sounders in his three seasons in Washington.

“Brad brings a wealth of top-flight experience to our club. From his time at the highest level in England with Liverpool FC and Bournemouth AFC in the Premier League, to his experience on the international stage for Australia, we will be getting a player who knows what it takes to compete at the top,” D.C. United president of soccer operations Dave Kasper said. “He’s been an elite attacking fullback in our league since he joined the Sounders in 2018, and his track record and winning pedigree will make an immediate impact on our squad.”

Smith has earned 23 caps for Australia and also brings with him valuable experience in the English Premier League.

The Lions acquired 26-year-old forward Ercan Kara from Austrian Bundesliga side Rapid Vienna on Thursday, the club announced. Kara will join the club as a Designated Player, signing a three-year contract through 2024.

“We are very excited to secure Ercan as another strong attacking presence for the Club,” said Orlando City SC Chairman Mark Wilf. “He strengthens our lineup and will help us take another step toward winning championships in Orlando.”

Kara, a native of Austria, has totaled 55 goals and 23 assists in 108 appearances during his professional career. He’s featured in both the UEFA Champions League and UEFA Europa League since joining Rapid Vienna in 2020.

Kara made his international debut for the Austrian national team in March 2021 and since has earned seven caps for his country. He joins Facundo Torres as the latest offseason acquisition by the Lions.

The Philadelphia Union found their replacement for Kacper Przybylko on Thursday, acquiring Danish forward Mikael Uhre on a $2.8 million deal.

Uhre makes the move to Chester from Danish Superliagen side Brondby, becoming the team’s newest Designated Player. The 27-year-old signed a three-year MLS contract with the Union and will occupy an international roster spot on the club’s roster.

The Danish international is coming off of a Golden Boot-winning season in Denmark last season, scoring 21 goals in 34 appearances for Brondby. He was also named the Player of the Year for the 2020-2021 season and earned his first call-up the Denmark men’s national team in November.

“We have been following Mikael for some time as he has developed and risen through the Danish Superliga, and we are excited to complete this deal to bring him to the Union,” Union sporting director Ernst Tanner said.

Sebastian Giovinco in preseason with TFC

Toronto FC has a familiar face in preseason training with club legend and 2015 MLS MVP Sebastian Giovinco listed on the Reds preseason roster.

TFC announced its preseason roster, which featured the former Italian national team player. Giovinco is not under contract with TFC just yet, but has flirted with a return to MLS after his contract with Saudi Arabian side Al-Hilal was terminated by mutual consent in August 2021.

The 35-year-old registered 73 goals and 57 assists in 125 career MLS appearances, helping TFC win the 2017 MLS Cup along with a domestic treble. Giovinco also lifted three Canadian Championships and one Supporters’ Shield during his time in Toronto before embarking to Al Hilal in 2019.

As it stands, Toronto FC currently holds the No. 3 allocation spot with Inter Miami FC and FC Cincinnati holding the top two spots.

D.C. United made a second roster move on Thursday, signing forward Taxiarchis Fountas as a Designated Player and a pre-contract.

Fountas will officially join the Eastern Conference club from Austrian side Rapid Vienna in July on a three-and-a-half-year deal. The 26-year-old joins Brad Smith as the second acqusition by Hernan Losada’s club on Thursday.

Fountas has scored 45 goals and recorded 21 assists in 90 appearances across all competitions for Rapid Vienna since signing for the club in 2019. He’s also earned eight caps for the Greek national team.

“Taxi is a player we’re really excited about as we feel he is someone who has the quality to consistently influence matches for us in the attacking third,” Dave Kasper said. “We are excited to welcome him to the club and feel that his experience across many of Europe’s top leagues along with the Greek national team will help to make an immediate impact for us going forward.”

D.C. United already traded away winger Paul Arriola to FC Dallas earlier this week, leaving a major hole in the final third for 2022.