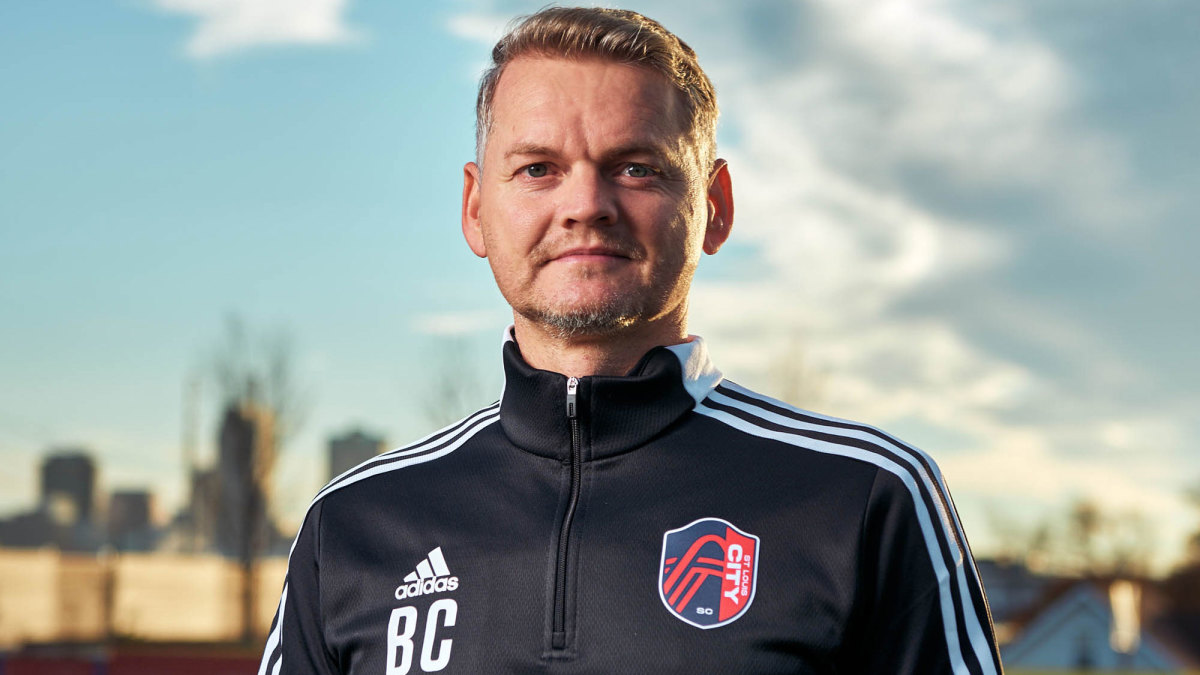 St. Louis City SC might not be joining MLS until the 2023 season, but they have already found their first head coach in former New York Red Bulls assistant Bradley Carnell.

The club announced the hiring of Carnell on Wednesday, continuing its preparations for life in MLS. Carnell began his coaching career in his native South Africa as an assistant with the Orlando Pirates. In 2017, he joined the Red Bulls coaching staff under then head coach Jesse Marsch.

In 2020 Carnell gained some MLS head coaching experience as the interim head coach with the Red Bulls for 14 matches after then-head coach Chris Armas was fired midseason. Carnell has a record of six wins, three draws and five losses during his tenure as interim manager.

As a player, Carnell earned 42 caps for the South African national team and was part of the 2002 South African World Cup Squad. At the club level he played six seasons in the South African Premier League and also spent time in Germany, featuring for the likes of Stuttgart and Borussia Moenchengladbach.

Here’s a closer look at all of Wednesday’s MLS news:

After a long wait, Real Salt Lake finally has an owner.

David Blitzer, a partial owner of the Philadelphia 76ers and New Jersey Devils, along with Utah Jazz Owner Ryan Smith became new owners of the Western Conference club. The ownership group paid reportedly $400 million to land in their respective positions within the MLS franchise.

The new ownership group becomes the third in Real Salt Lake history following the ousting of Del Roy Hansen in 2021 who purchased the club from Dave Checketts in 2013.

As part of the deal, Blitzer and Smith’s SEG will include the purchase Rio Tinto Stadium and the RSL Academy that has a strong history youth development.

The purchase of RSL is the first foray into soccer on American soil for David Blitzer, but he also owns stake in a slew of European clubs including FC Augsburg and Crystal Palace.

In a move to bolster their center back depth, the Colorado Rapids completed a trade with the Columbus Crew, sending up to $450,000 in General Allocation Money for Aboubakar Keita, the clubs announced Wednesday.

Keita, 21, joins the Rapids after two seasons in Columbus as a homegrown player where he made 42 appearances and won the 2020 MLS Cup, though he did not feature in any playoff matches during that season.

At the international level, Keita started every match at center-back during the 2019 U-20 World Cup for the United States. Rapids head coach Robin Fraser, who has a knack for developing defenders, will hope Keita is his next success story.

What role Keita plays for the Rapids remains to be seen, but starting center-back Auston Trusty has been linked with a move to Europe, leaving Danny Wilson and Lalas Abubakar as the only other proven center-backs on the roster.

Former Philadelphia Union right-back Ray Gaddis is back in MLS after signing a two-year deal with FC Cincinnati on Wednesday.

Gaddis 31, went into retirement following the 2020 campaign, but is back and reunited with former assistant coach Pat Noonan. The veteran will hope to help improve a FC Cincinnati defense that conceded a league-high 74 goals last season.

The nine year MLS veteran is a familiar face for General Manager Chris Albright and head coach Noonan, who both worked with Gaddis during their time with the Union. Albright was the technical director for the Union prior to being hired as GM in October and Noonan was an assistant under Jim Curtin before he was named head coach in December.

Minnesota United have added to their forward depth, completing the transfer of Bongokuhle Hlongwane from South African Premier Division side Maritzburg United, the Loons announced Wednesday.

The 21-year-old joins as a U-22 initiative on a three-year deal with an option for an additional year, and will occupy an international roster spot for the Loons.

The pacey forward came up through the Maritzburg Academy in 2019 and has been capped eight times by the South Africa Men’s National Team. Adrian Heath’s side will hope for better success in 2022 after being eliminated in the first round of the MLS Cup Playoffs last fall.