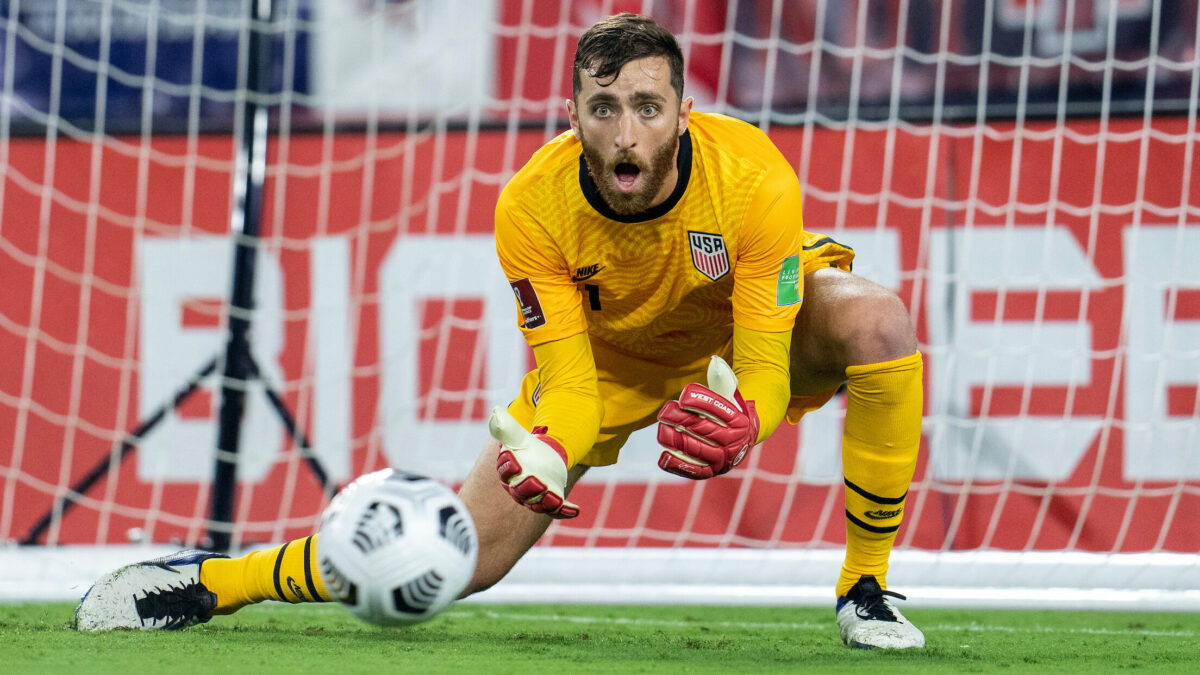 Matt Turner’s breakout 2021 not only put him squarely in the running for the starting goalkeeper role for the U.S. men’s national team, and cemented his status as the top goalkeeper in Major League Soccer, it also placed him on the list of Americans drawing interest from top European clubs.

One of those clubs has stepped forward with a sizeable bid, with Arsenal emerging as a serious candidate for the New England Revolution goalkeeper, ESPN reported on Thursday. The Gunners have reportedly made a bid in the range of $7.5 millon for Turner, a figure comparable to what Manchester City paid the Columbus Crew Zack Steffen in 2019.

Turner has become one of the top goalkeepers in MLS since becoming the No. 1 in New England in 2018. The USMNT goalkeeper is coming off his best season yet in MLS, making 101 saves in 35 regular season appearances, winning the league’s Goalkeeper of the Year award, and leading the Revs to the MLS Supporters’ Shield during a record-setting season.

The New Jersey native delivered a sensational year for the USMNT as well in 2021, helping Gregg Berhalter’s side win the Concacaf Gold Cup and also finishing as the tournament’s best goalkeeper, earning a spot on the Gold Cup Best XI. Turner totaled 13 appearances for the USMNT in 2021, setting a new record for shutouts in a calendar year with nine.

Arsenal acquired Aaron Ramsdale from Sheffield United in August 2021, and the Englishman has totaled 19 appearances as Mikel Arteta’s No. 1. German international Bernd Leno has been linked with an exit from the Emirates Stadium, providing an opportunity for Turner to jump right into the first-team plans in London.

Turner is currently in Arizona with the USMNT as part of a preparation camp before its qualifying schedule begins on January 27th in Ohio. Arsenal suffered elimination from the Carabao Cup on Wednesday, losing 2-0 to Liverpool in a semifinal second leg at the Emirates Stadium.

The Gunners are in sixth place in the Premier League standings, two points behind fourth-place West Ham United.