Tim Weah to miss USMNT match vs. Canada due to COVID vaccination requirements 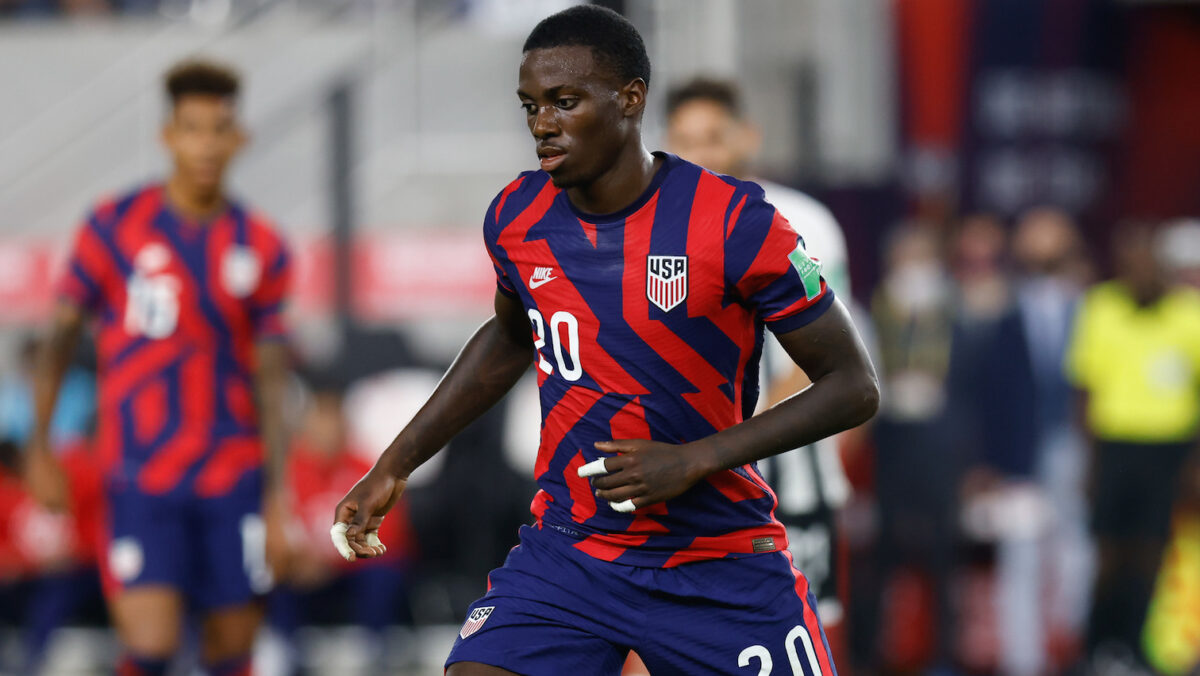 Timothy Weah earned the start in Thursday’s World Cup Qualifying win for the U.S. men’s national team, helping start the sequence leading to the game-winning goal, but he will be unable to help Gregg Berhalter’s side on Sunday against Canada in Hamilton.

Although Weah is considered fully vaccinated in France, where he plays professional for Ligue 1 side Lille, he vaccination status is considered insufficient by Canadian standards. The Lille winger will now travel directly to Minnesota ahead of Wednesday’s home World Cup qualifier against Honduras.

“Tim Weah will be unavailable for selection in this game as he was not permitted to travel into Canada because of a vaccination issue,” Berhalter said. “Whereas in France, he’s fully vaccinated didn’t meet the criteria for the Canadian entry.”

The development is a disappointing one for Weah, who has been a difference-making player in the past three USMNT matches.

“He had one shot, one vaccination. He got COVID, he was awaiting a second shot, and due to the time of when he got COVID, he wasn’t able to get that second shot yet,” Berhalter said. “However, in France, he’s he’s listed as fully vaccinated, because the one shot plus COVID means your vaccinated, you’re okay. And as a technicality, it wasn’t acceptable in Canada.

“This is something we can’t control the nuances of the COVID protocol, and we just have to deal with it. And it will be about the next man stepping up and doing their job.”

Weah played 72 minutes on Thursday as the USMNT defeated El Salvador 1-0 in Columbus, Ohio, moving one step closer to clinching its spot in the 2022 FIFA World Cup in Qatar. The 21-year-old started the sequence that eventually led to Antonee Robinson’s game-winning goal, with Weah’s dribble into the area and blocked shot finding its way to Jesus Ferreira, who headed it into Robinson’s path for the finish.

Weah has scored one goal and registered one assist in six qualifiers so far in the octagonal round.

Brenden Aaronson is the leading candidate to replace Weah in the USMNT lineup, though Berhalter would have to decide whether to deploy Aaronson on the right wing, or use him on the left wing, where he has played almost exclusively in his wing deployments for the USMNT. That would require Christian Pulisic to switch to the right side rather than his preferred left-wing role.

Weah recently returned to action at club level with Lille in the past week after suffering a thigh injury in December. The winger has registered three assists in 16 league appearances in France’s top flight.

In addition to Weah’s absence this weekend, Berhalter also confirmed that defender Brooks Lennon has returned to Atlanta United due to a knee injury. Lennon featured in the USMNT’s 1-0 friendly win over Bosnia and Herzegovina in December, but has not played in the current qualifying cycle.

The USMNT can leapfrog Canada in the octagonal round table with a victory at Tim Hortons Field on Sunday. The teams played out a 1-1 draw in Nashville back in September.