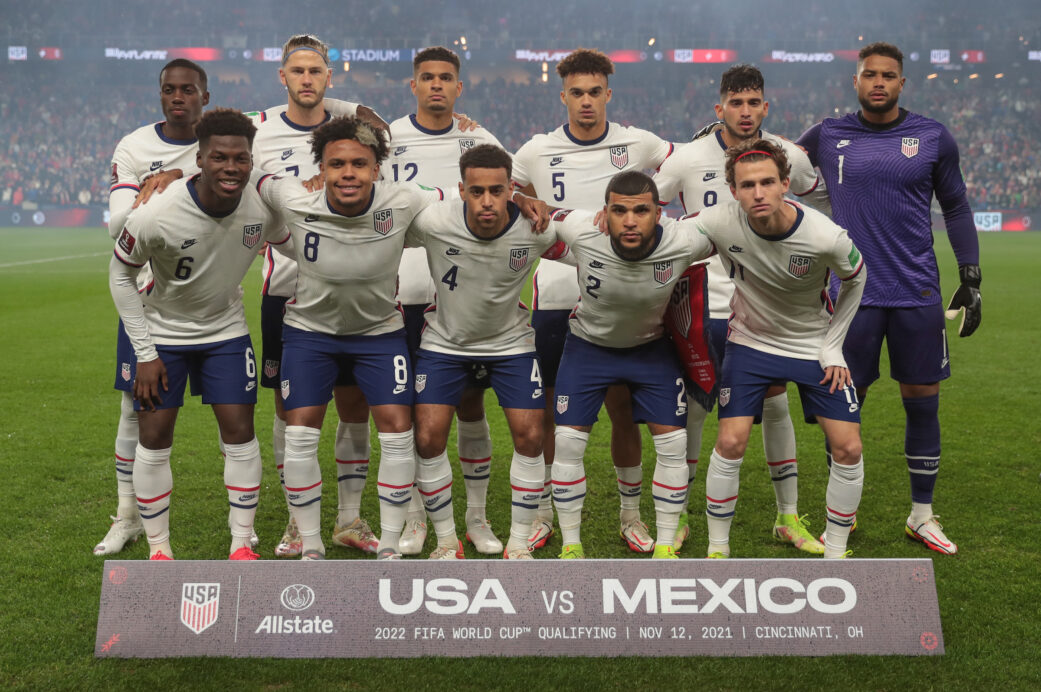 The U.S. men’s national team is set to kick off the new year looking to carry over the momentum from a solid start to qualifying the Americans enjoyed in 2021, and the first step in 2022 will take place on home soil against an El Salvador side they will be expected to steamroll.

Yes, the two sides played to a 0-0 draw last September in San Salvador, but there will be plenty different this time around in Columbus. For starters, it will be about 80 degrees colder, with temperatures expected to be in the single digits. Secondly, the Americans enter the match with significantly more World Cup qualifying experience than it had when the teams opened the Octagonal Round of qualifying.

The USMNT isn’t quite at full strength, with Zack Steffen now potentially sidelined by back stiffness and Gio Reyna still working his way back from the injury issues that have kept him out since his appearance in the first USMNT Octagonal meeting against El Salvador last September.

Despite those absences, the Americans will still feature a very strong lineup on Thursday, led by a rock solid midfield trio of Weston McKennie, Yunus Musah and Tyler Adams, as well as the expected return to the starting lineup of Christian Pulisic, who last started for the USMNT in the September qualifying win against Honduras.

One question surrounding Berhalter’s selections will be how he handles players currently not in season. Projected centerback starters Walker Zimmerman and Miles Robinson are not in season, as MLS is still a month away from returning to action, so Berhalter could choose to go with Chris Richards in one of the centerback spots due to Richards being in form and in season with Hoffenheim.

With all that in mind, here is a look at the lineup we could see the USMNT deploy against El Salvador on Thursday, and the lineup SBI would like to see:

Zack Steffen is dealing with back tightness that has delayed his arrival in camp, making it very likely Turner gets the nod against El Salvador on Thursday. Turner posted a shutout against El Salvador last September and should be up for the challenge, even though he is currently not in season.

Dest and Robinson are safe bets, even with Dest seeing sparse playing time for Barcelona over the past month, which leaves central defense where the biggest question lingers. Chris Richards is in season and playing well, and should be plugged into one of the starting spots, but will Berhalter give him the nod over Zimmerman and Robinson given how well they have played together?

Given El Salvador’s lack of aerial threats, and quick attack, a Richards-Robinson tandem would make the most sense, but Berhalter could find it difficult to sit Zimmerman and leave his leadership out of the lineup.

Berhalter has to be overjoyed at the fact his preferred midfield trio enters the upcoming qualifiers in top form. There isn’t much to debate regarding who starts in the middle, and after Berhalter hinted at some players starting in all three upcoming qualifiers, you get the feeling these three could be in for a busy week.

Pulisic may not be seeing as many minutes as he would like in recent weeks for Chelsea, but he slides right back into the starting lineup for the first time since September, while Aaronson is another easy call even though his club team isn’t currently in season. His fitness levels are among the best in the group, so having his engine in the lineup to try and frustrate El Salvador will be crucial.

As for striker, Pepi recently joined Augsburg in the German Bundesliga and has already played his way into the starting lineup.

The good news for Berhalter is he has some veteran options to bring off the bench for a change of pace in Gyasi Zardes, Paul Arriola and Jordan Morris, though all three are out of season, making them less attractive as starting options.