Who will, and who should the USMNT start vs. Canada? 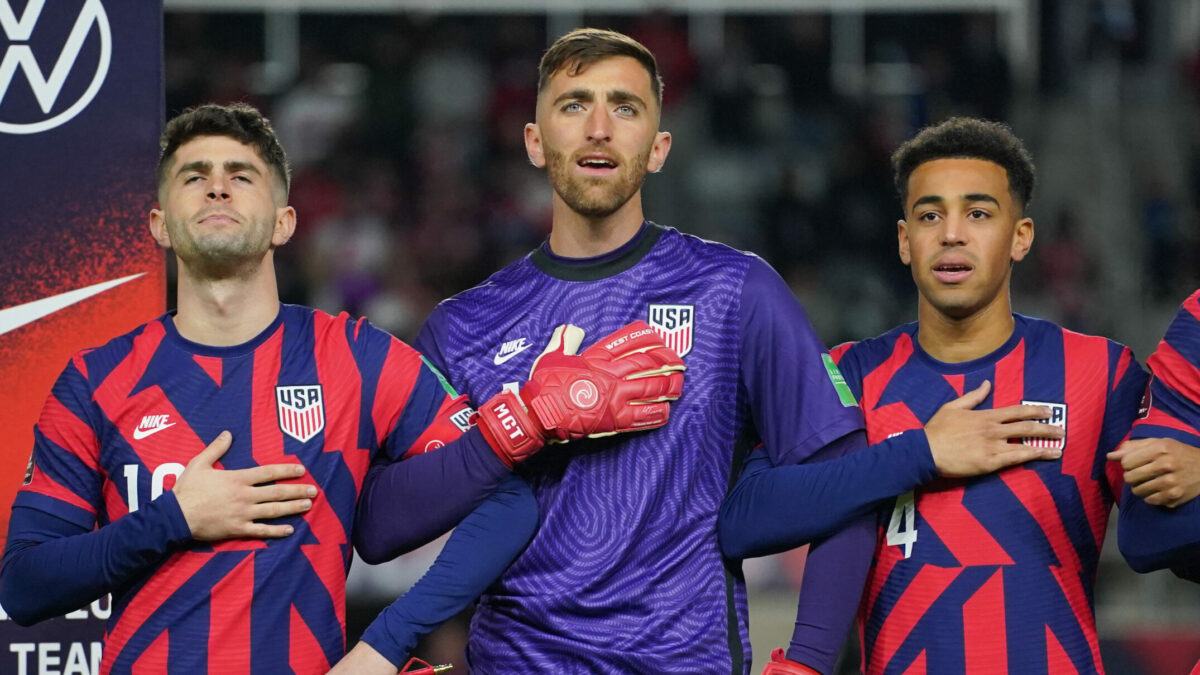 The top spot in the Concacaf World Cup qualifying standings is on the line on Sunday as the U.S. men’s national team travels to Canada to try and hand its neighbor to the north its first loss of the Octagonal and Gregg Berhalter shouldn’t have too tough a time deciding on a lineup.

The news that Tim Weah won’t play in the match due to failing to meet Canadian vaccination requirements for Covid takes one big option off the table for Berhalter, but the good news is he has two key contributors in line to return to the lineup after being left out against El Salvador.

Ricardo Pepi and Brenden Aaronson are good bets to return to the starting lineup, especially Aaronson given Weah’s absence. Berhalter’s decision to start Jesus Ferreira over Pepi against El Salvador was one of the bigger surprises from Thursday, and Ferreira did enough to keep himself in the conversation for playing time. That being said, Pepi is a safe bet to return to the lineup.

The USMNT defense posted another shutout, but that doesn’t mean we won’t see any changes to the back four. The big question is whether Berhalter gives Chris Richards another start, or he turns to Miles Robinson, who was in such good form in the second half of 2021. Ultimately, Robinson could lose out due to the fact he isn’t in season and Richards is in mid-season form and fully match fit.

With all that in mind, here is a look at the lineup we could see the USMNT deploy against Canada on Sunday, and the lineup SBI would like to see:

Another start, another shutout for Turner, who should remain in the lineup with Zack Steffen still sidelined by back spasms.

Walker Zimmerman has cemented his place in the lineup with continued steady play, leaving the big question of who partners with him in the middle? Chris Richards hasn’t put a foot wrong in his qualifying starters, and is in midseason form, but Miles Robinson has been dominant at times in qualifying. It will boil down to how close to fully fit Robinson can be given he hasn’t played a match in months.

The fullback spots are locked in with Dest and Antonee Robinson, but Reggie Cannon’s strong defensive qualities could be called upon during the match if Canada’s wingers cause problems for Dest (or Robinson).

The MMA midfield was solid once again, and it’s getting tougher and tougher to see anyone breaking this trio up. That is, unless the Americans win on Sunday, which might then open the door for Berhalter to look at some other options against Honduras.

Weah’s absence hurts, but there’s also a chance he wouldn’t have started even if he was available. Aaronson’s Red Bull Salzburg is in its winter break, but Aaronson should still be fit and ready to start.

And what of Christian Pulisic? The effort is clearly there, but the sharpness isn’t, and while it’s nearly impossible to envision him being benched, Pulisic will need to be be much better on Sunday if the Americans are going to earn the win.

Could Berhalter throw a wild card and start Paul Arriola or Jordan Morris? Bringing one or both of them off the bench seems like a safer bet.

At striker, Pepi should get the nod, even though you can argue Jesus Ferreira showed some good things playing as a false nine. His combination play is superior to Pepi’s but Pepi gives the Americans a dangerous target up to, and Canada’s central defense could struggle to deal with his combination of aerial ability and good movement.