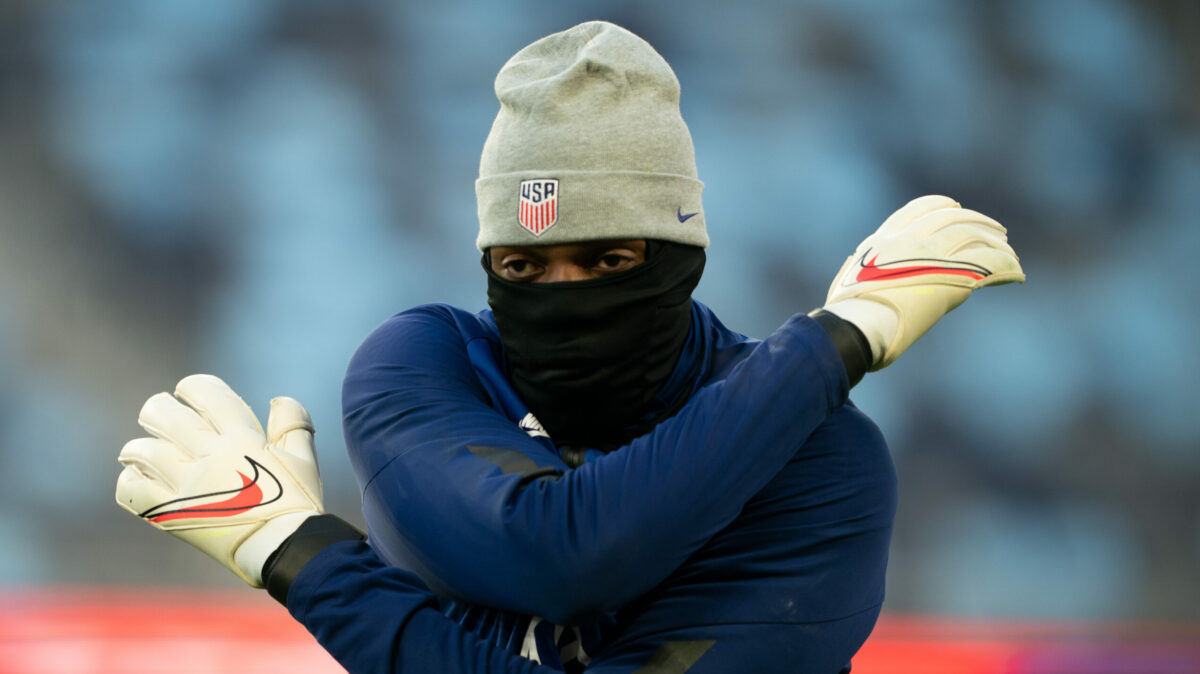 MINNEAPOLIS — When U.S. Soccer chose Minneapolis-St. Paul as the location for a February World Cup qualifier, it was a decision met with skepticism due to the potential for extreme weather that could go well beyond simply a cold environment.

Those concerns have become reality as Wednesday has arrived in Minnesota and the USMNT clash with Honduras is set to be played in conditions with temperatures that could fall below zero degrees.

I mean, obviously, it’s going to be cold,” Weston McKennie said on Tuesday. “I think every sport team, maybe besides basketball and indoor sports, has probably played in a game like this. We don’t control the weather. So I think it’s something that we just adapt to and we play just like any other game and we try and to have the same result and win.

“Obviously, we’ll take the right gear and wear UnderArmours and all wear, you know, whatever we have to wear,” McKennie said. “But I think at the same time, we don’t want to focus too much on the weather. We want to just get out there and get the job done.”

Part of the rationale for playing the game in Minnesota was to complete a three-game run of matches in cold weather for the USMNT, which has been training in the cold since starting camp in Columbus, Ohio more than a ago. Its subsequent matches against El Salvador and then against Canada in Hamilton, Ontario were played in the coldest conditions the USMNT has ever played in, but Wednesday’s match will have temperatures anywhere from 20 to 30 degrees colder.

“This is an opportunity for us to gain an advantage on our opponents,” Gregg Berhalter said when the venues for these qualifiers were announced. “They’re all coming from the equator, and it’s going to be really difficult for them to deal with these conditions.”

The Americans will presumably have an advantage over Honduras in the cold weather not only because of having more players with experience playing in cold weather, but because Honduras is coming off back-to-back World Cup qualifying matches played in warm-weather environments, in a home loss to Canada and a loss in El Salvador.

That advantage could wind up being canceled out if the temperatures drop so low that both teams are adversely affected.

One thing the USMNT can look forward to on Wednesday is a playing surface that should be more normal than the rock-hard artificial turf the Americans experienced against Canada. Allianz Field has an underground heating system that should be able to keep the grass surface in good playing shape, which presumably benefits the Americans, who hold a skill advantage on Honduras.

The field should be fine, but it will still be up to the players to be able to handle the elements and deliver a crucial victory to bring the Americans one step closer to qualifying for the 2022 World Cup.

“I think we’re prepared and that’s why we’ve played in two cold places previously, before this game,” McKennie said. “So I think we’re kind of used to it now. I think we’ve adapted well, and I think we’ll be prepared.”