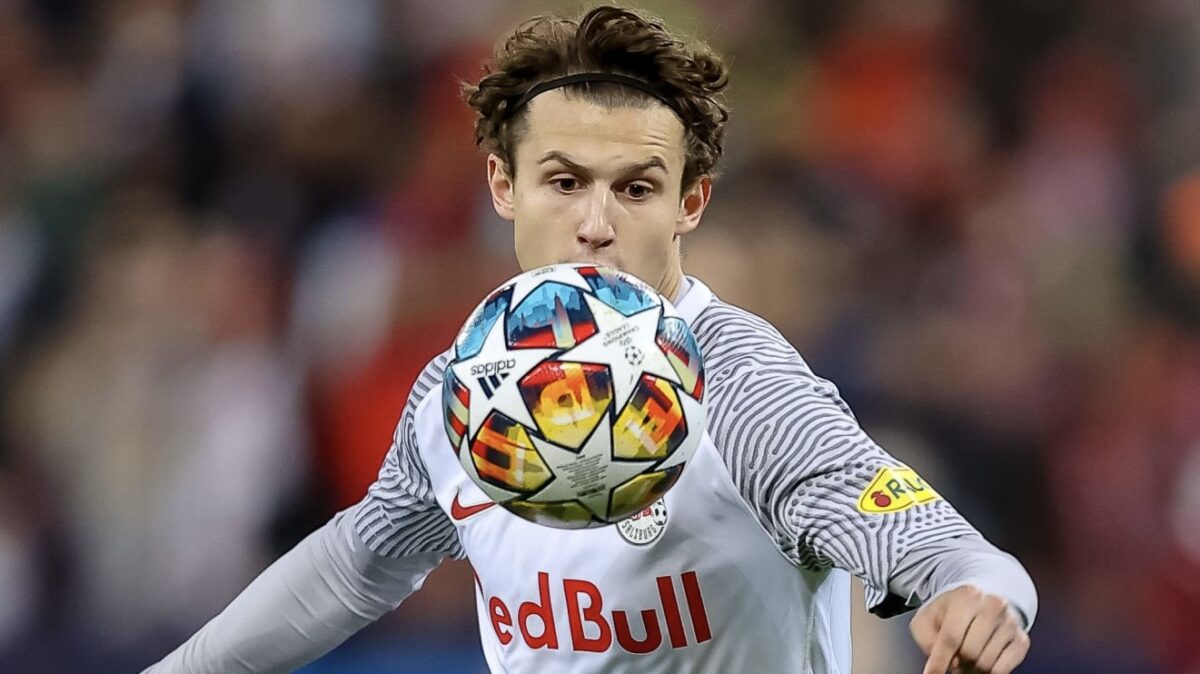 Brenden Aaronson went up against his toughest opponent yet in his UEFA Champions League career and helped Red Bull Salzburg earn a favorable home draw in knockout play.

Aaronson assisted once in Wednesday’s 1-1 Round of 16 first leg draw with Bayern Munich, continuing his good run of form since returning to competitive action. The U.S. men’s national team attacker helped Matthias Jaissle’s side go toe-to-toe with the Bundesliga giants, giving them hope for March’s second leg in Munich.

Aaronson helped Red Bull Salzburg take a surprise lead at home, flicking a pass onward to substitute Chukwubuike Adamu in the 21st minute. Adamu drilled home his shot into the right corner of Sven Ulreich’s goal before celebrating with his teammates.

It was Aaronson’s first assist of this season’s tournament after scoring twice in last fall’s qualifying stage.

Aaronson almost came close to doubling Salzburg’s advantage not long after taking the lead, but his curling effort in the box was repelled away by a diving Ulreich.

Bayern Munich had to fight until the last minute to claim an equalizing goal and Julian Nagelsmann’s side received it in the 90th minute through Kingsley Coman’s finish. Coman was left alone at the back post and made no mistake, finishing confidently past Philipp Kohn into the bottom corner.

Aaronson finished with another 90 minutes under his belt this season, completing two dribbles, and winning five duels in the match. The 21-year-old now has appeared in 29 matches across all competitons for Red Bull Salzburg, totaling four goals and eight assists.

Up next for Aaronson and his teammates are league matches against Wolfsberger and LASK to close out February’s schedule.