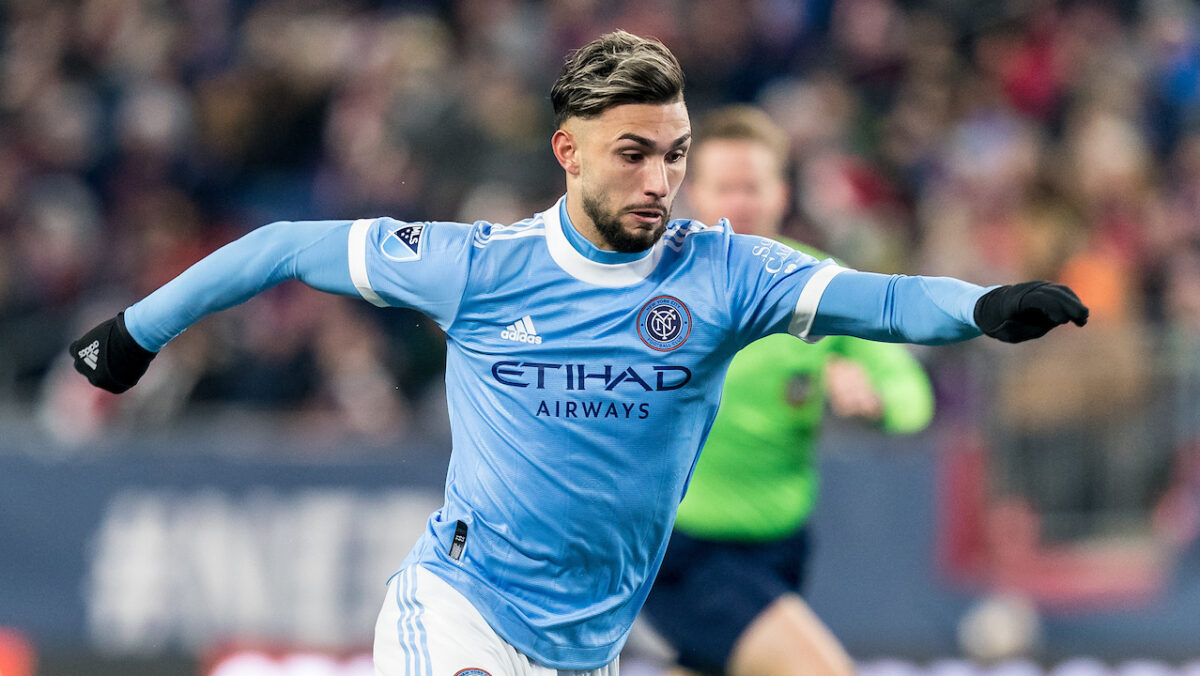 Defending MLS Cup winners New York City FC returned to the Concacaf Champions League on Tuesday and did not disappoint as its top goalscorer stole the show in Costa Rica.

Valentin Castellanos bagged a brace for Ronny Deila’s side as NYCFC walked away with a 2-0 first leg win over Santos de Guapiles in the Round of 16. It was a strong start to the new edition of the tournament for NYCFC, which hosts Santos in the second leg at LAFC’s Banc of California Stadium on February 23.

Castellanos didn’t need long to open his goalscoring account for 2022, breaking the deadlock in the fifth minute from the penalty spot. Michael Barquero was called for a hand ball in the third minute, allowing the Argentine striker to score his first goal of the calendar year.

After Maxi Moralez struck the crossbar in the 23rd minute, Castellanos doubled his tally and his team’s advantage in the 29th minute. A failed clearance by Santos in its own box allowed the MLS Golden Boot winner to slam home the rebound in the roof of the net.

NYCFC’s only blemish in the match came in the 68th minute as Santiago Rodriguez was sent off for a harsh challenge on Erson Mendez. Despite having the extra man advantage though, Santos failed to truly test Sean Johnson in goal, as the U.S. men’s national team goalkeeper made one save to preserve his first clean sheet of the new year.

CF Montreal almost left Mexico with a favorable first leg result against Santos Laguna, but an unfortunate deflection propelled the hosts to a dramatic late victory.

Romell Quioto looked to have given Wilfried Nancy’s side an early advantage after a clever finish in the sixth minute. Quioto danced past two Laguna defenders before unleashing a low drive into the bottom-right corner.

However, Quioto’s celebration was cut short as VAR ruled a foul on the build-up play that cancelled out the early finish. Sebastian Breza was busy in the first half, making five saves to keep the sides level at 0-0.

Just when it looked like CF Montreal would walk away with a draw, danger struck in the final minutes. Alan Cervantes raced by Kamal Miller in the box before his low cross deflected off of Joel Waterman, allowing Ocejo to pounce at the near post and head home the winning goal.

Breza finished with seven saves for CF Montreal, but the Canadian club will have work to do if it wants to advance to the quarterfinal round.