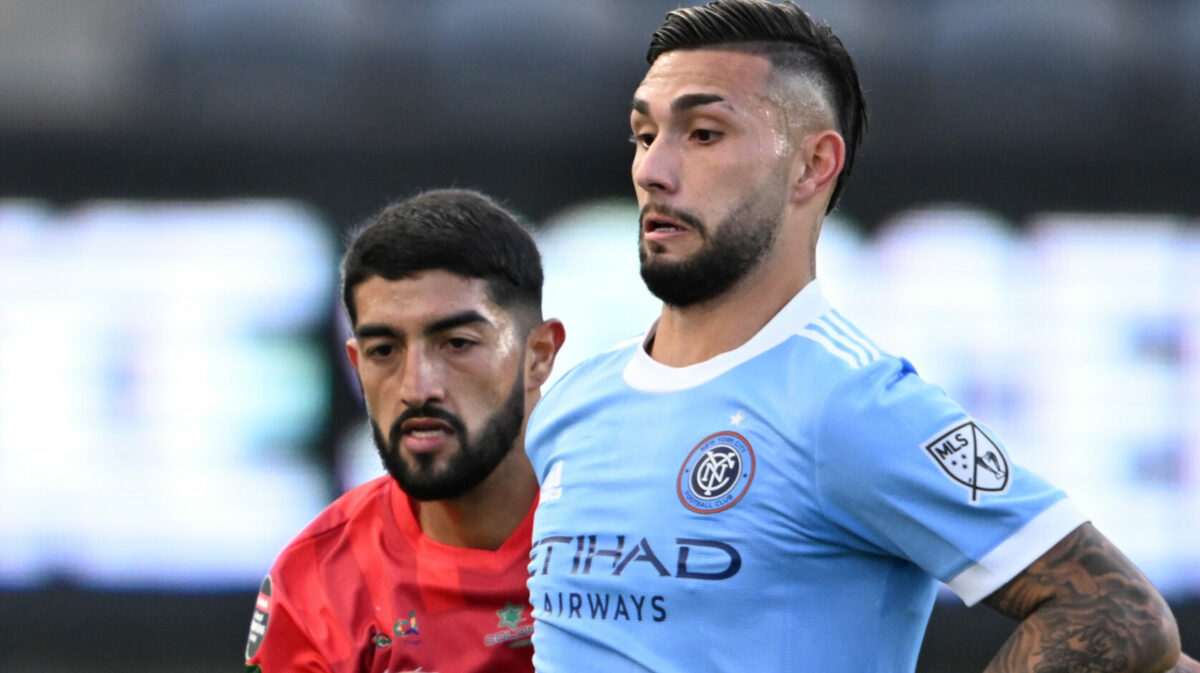 Two MLS teams passed the test with flying colors and another faltered on a decisive night in Concacaf Champions League Round of 16 play.

CF Montreal is off to the quarterfinals with an impressive 3-0 second leg win over Liga MX opponents Santos Laguna. Djordje Mihailovic starred as Montreal became the first MLS team to claim a win over a Mexican team in this year’s CCL. Santos Laguna defeated CF Montreal in the first leg, but three goals from the Canadian side overturned the deficit on Wednesday night.

New York City FC cruised past Santos de Guapiles 4-0 on Wednesday, advancing on a 6-0 aggregate past the Costa Rican side. Talles Magno scored twice at Banc of California Stadium while Maxime Chanot and Alfredo Morales also found the back of the net.

On the other hand, the Colorado Rapids missed a decisive penalty in an eventual shootout loss to Guatemalan club Comunicaciones. The Rapids held their opponent without a shot during regulation, but could not make that advantage count in a seven-round shootout. A late goal from Diego Rubio was called offside after a VAR review which was the best chance for either team in regulation to win the match.

The New England Revolution is set to start CCL play in the quarterfinal against UNAM Pumas. The Mexican side defeated Costa Rican club Deportivo Saprissa on Wednesday night. The Revs had their Round of 16 matchup against Haitian side Cavaly AS canceled because of visa issues for Cavaly.

Look back on the action from CCL Round of 16 here.

The first MLS triumph over a Mexican club is complete in this season’s Concacaf Champions League with CF Montreal returning home to Olympic Stadium and erasing a first-leg deficit to knock Santos Laguna out of the tournament.

Djordje Mihailovic caught the attention of MLS fans awaiting the start of the regular season with a goal and an assist of Montreal’s third goal by Ismael Kone.

Mihailovic sped into the box, beat a defender one-on-one and sent a driven shot past Santos goalkeeper Carlos Acevedo. The goal certainly raises some already high expectations heading into the next season for Mihailovic, who registered 16 assists in MLS last season.

Montreal is set to face the winner between Forge FC and Cruz Azul in the next round.

Three straight misses in the penalty shootout for the Rapids saw the team falter out of CCL against Guatemalan club Comunicaciones. The Rapids played most of the match with a man advantage after Comunicaciones fullback Stheven Robles was sent off in the 13th minute.

Snowy conditions helped the Rapids control most of the run of play, but it wasn’t enough of a home-field advantage to keep Comunicaciones from sticking around. Former Revolution and Las Vegas Lights defender Nicolas Samayoa punished the Rapids’ penalty troubles by scoring in the seventh round to win the shootout.

The Rapids had a chance to win the shootout in the fifth round, but Jonathan Lewis missed his spot kick. Keegan Rosenberry and Andre Shinyashiki also saw their penalty shots saved by Comunicaciones goalkeeper Kevin Moscoso.

Max Alves, a 20-year-old Brazilian midfielder who is a newcomer for 2022, brought the Rapids the advantage in the 29th minute with a quick strike in the middle of the box.

VAR controversy came up again in this tie, after Diego Rubio thought he’d scored the winner in the 89th minute for the Rapids. A VAR review ruled it offside.

Ronny Deila’s side put the tie out of reach in the first half with Alfredo Morales and Maxime Chanot scoring four minutes apart. Morales rose high to head home Maxi Moralez’s corner kick in the 32nd minute before Chanot doubled NYCFC’s lead inside of the box off of a corner.

Thiago Andrade and Talles Magno connected for NYCFC’s third goal of the match in the 80th minute as Andrade raced down the left wing and sent a cross into the box. Magno beat his defender to the ball and tapped home his first goal of the season.

Alvin Bennett was sent off for Santos in the 83rd minute after a stomp on Valentin Castellanos, adding more misery to an already dismal series for the Costa Rican club.

Magno added his second goal of the evening to cap the aggregate scoreline at 6-0 over 180 minutes of play.

NYCFC will now face Comunicaciones in the quarterfinal round.

Here are the other CCL scorelines: