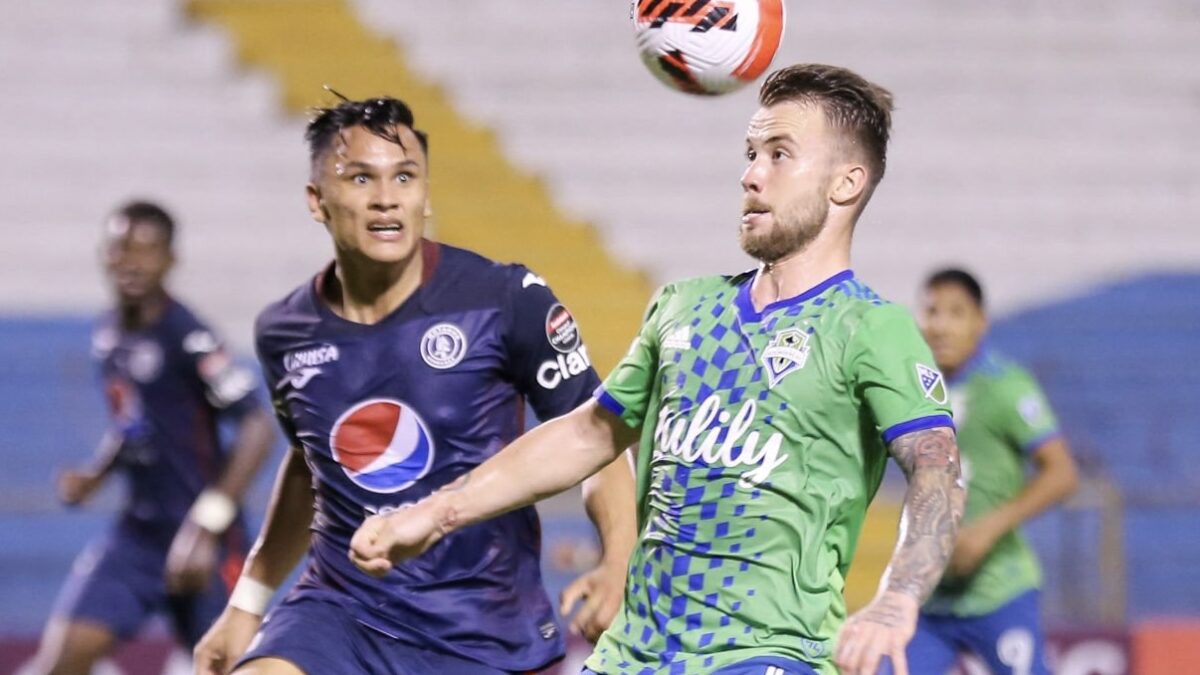 The Seattle Sounders were the only MLS club to walk away with a road draw in their opening match of the 2022 Concacaf Champions League, heading back home with a favorable result in their back pocket.

Brian Schmetzer’s squad tied Honduran hosts CD Motagua 0-0 on Thursday night, using a four-save performance from Stefan Frei and a strong defensive effort to post a shutout. Despite out-possessing Motagua 56%-to-44%, the Sounders only registered one shot on goal in their first competitive 90 minutes of 2022.

Raul Ruidiaz delivered the only shot on goal for the Sounders in the sixth minute, testing his luck from long range.

Motagua’s Marcelo Santos struck the crossbar in the 13th minute, failing to put home a rebound after Frei repelled his original headed attempt. The hosts also came close to breaking the deadlock before haltime as Franco Olego and Lucas Baldunciel each had headers saved by the Swiss veteran goalkeeper.

Kelyn Rowe’s left-footed strike in the second half was the closest the Sounders would get to a chance on goal, but even the veteran midfielder’s shot couldn’t force Marlon Licona into any danger.

Centerback Xavier Arreaga and 16-year-old midfielder Obed Vargas were among the bright spots for the Sounders in the overall lackluster draw. The Sounders host Motagua at Lumen Field on Feb. 24 with a quarterfinal spot at stake.

The Colorado Rapids came so close to leaving Guatemala with a first leg draw against hosts Comunicaciones FC, but a late dagger condemned the MLS visitors to a defeat in their competitive opener.

Karel Espino’s 89th minute missile proved to be the difference as Comunicaciones FC walked away with a 1-0 first leg victory. It was a disappointing defeat for Robin Fraser’s bunch, who will need a better performance next week at home to remain in the competition.

The offensive chances were few and far between with the hosts testing William Yarbrough early in the match. However, the veteran goalkeeper was up to the task to keep things tied in the early going.

Colorado grinded it out defensively and also had chances to break the deadlock themselves. Second-half chances from Lalas Abubakar and Mark-Anthony Kaye were the closest the Rapids came to scoring, with both players missing headed chances after halftime.

Comunicaciones had a late set-piece opportunity and made it count with Espino stealing the victory for his team in style. The 20-year-old Cuban came off the bench and unleashed a blast from long-range giving the limited supporters something to celebrate.

Colorado remains very much in the tie as Dick’s Sporting Goods Park plays host to the second leg on Feb. 24.