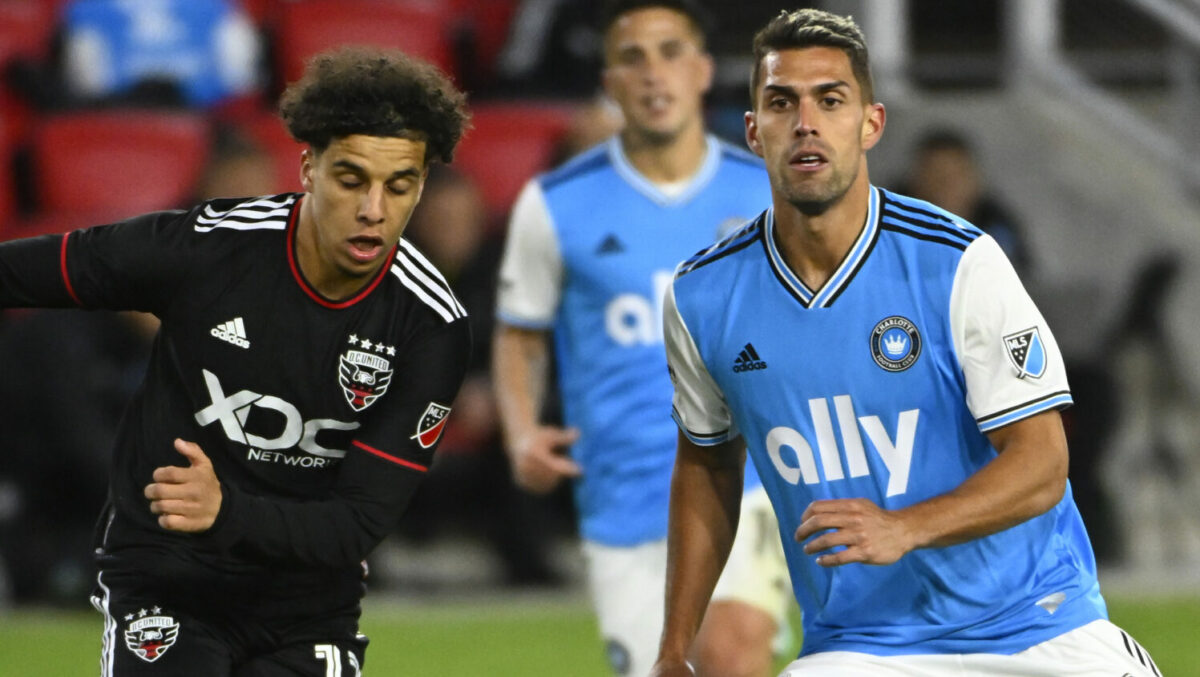 The odds were always going to be against Charlotte FC in its first MLS match on Saturday night, and although the club didn’t walk away with a Cindarella start to its 2022 campaign, the overall effort at Audi Field will have fans and players hopeful.

Miguel Angel Ramirez’s side fell 3-0 to D.C. United in their season opener on Saturday night, being on the receiving end of a few bad breaks in their first-ever MLS match. The Eastern Conference club walked away with more possession and more shots on goal in the Nation’s Capital, but ultimately could not find the back of the net in their first competitive match together.

It’s early in the new season though and Charlotte FC will have plenty of more matches left to show the rest of MLS what it is capable of.

“I feel proud and happy when I see my team able to compete, later the results are another thing,” Ramirez said. “There is too many factors in a game that you can’t control, even when you are better than the opponent, you can lose the game.

“But if I have the feeling that they [the team] are competing, and we are able to be in their half and control the tempo,” Ramirez added. “This for me is a success because it is what we can control.”

VAR ruled out Charlotte FC’s first MLS goal, denying Christian Ortiz an opener in the 19th minute due to offsides. From that point on, things ultimately got worse for the expansion side as D.C. United took a first-half lead it would not relinquish.

Michael Estrada scored from the penalty spot in the 37th minute after a harsh handball on Brandt Bronico and would double his tally before halftime. Ola Kamara came off the bench in the second half and scored one minute after stepping on to the field, truly putting Charlotte FC out of reach of a comeback.

Charlotte FC never stopped fighting though as captain Christian Fuchs and midfielder Alan Franco led by example with their tireless running around the field. The work ethic overall was there, but the decisions didn’t go Charlotte FC’s way in the end.

“These two situations [the goals] were simply unlucky,” Fuchs said. “For what is most important is how the team proceeds the game, how we applied ourselves to the game. Even though we were two nil down, we tried to play our way. We stepped it up in the second half, we were running non-stop, we were fighting for each other, we didn’t give up, we believed in ourselves.

“We know we are a good group,” Fuchs added. “We have the quality in our team to be a solid team, to be a competitive team, that’s our main focus, to get to this level. You saw glimpses of our potential today, but there is still so much to learn, so it’s about being patient.”

Charlotte FC did show positive moments in Ramirez’s 5-4-1 formation and will have reinforcements coming into the squad throughout the spring. Designated Player Karol Swiderski and U-22 initiative signing Vinicius Mello are two additional offensive weapons that Ramirez will have at his disposal, bringing more depth to a squad still seeking an identity.

The MLS newboys will return home for Matchday 2, kicking off life at Bank of America Stadium against the L.A. Galaxy on March 5. It will be the newest test for the current group of players, who overall will continue to fight for the city and for each other.

“I believe that we were able to recognize in the second half the game that we needed to play,” said Ramirez. “So we were controlling the match better and playing less direct as we did in the first half. So we had much more control and better quality arrivals, chances. And I tried to show them we were doing properly what we needed to do, to arrive with more control and with better quality.

“As I said before the first match, the best coach and the best teacher is the competition. So the competition will tell us what we need to improve and where we are going.”