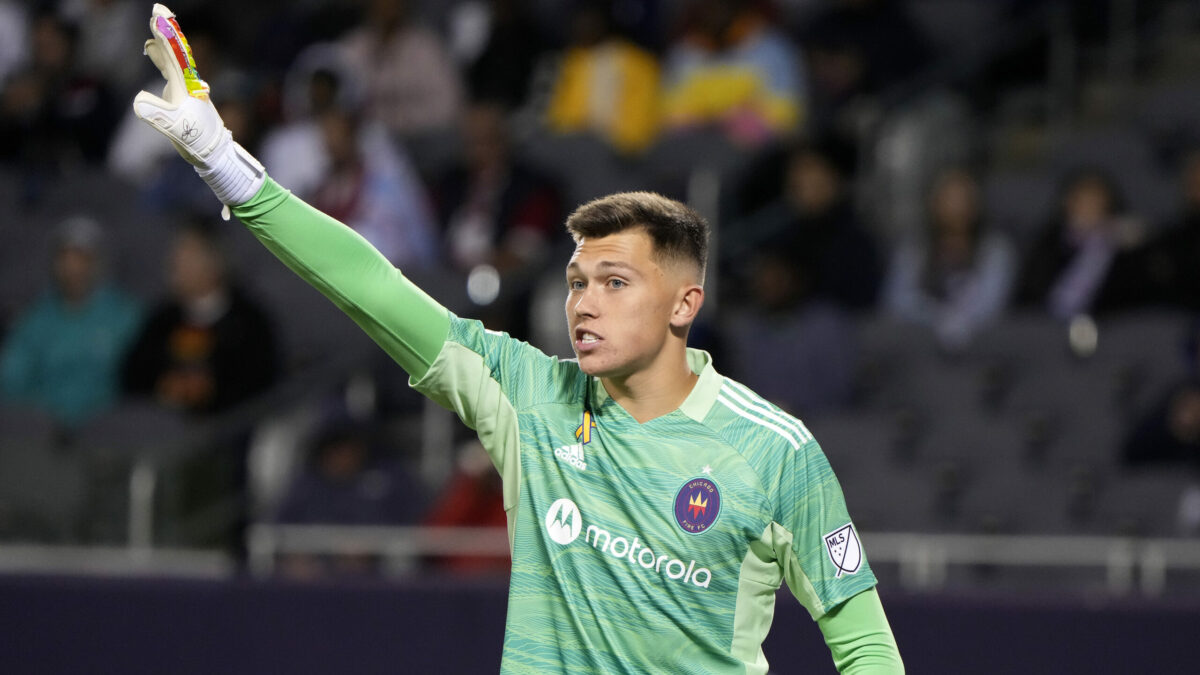 The upcoming 2022 MLS season brings another year of wholesale changes to the Chicago Fire. Everything from the logo to personnel will look completely different for the third year running.

In terms of coaching, the Fire will be hoping Ezra Hendrickson and his wealth of MLS experience can help snap a three-year playoff drought in Chicago while sorting out a roster with major turnover.

Hendrickson and company are working to make up for 13 departures, which made for a busy offseason that yielded major headlining additions on each line. The Fire’s acquisition of Xherdan Shaqiri was one of the bigger offseason league-wide, and he is expected to play as an attacking midfielder who can shift positions as needed.

Hendrickson will be hoping Shaqiri can compliment his biggest addition in the attacking department, Kacper Przybylko, who is set to be the opening day striker the team can build around.

Defensively, the headlining addition comes in the form of Rafael Czichos, a centerback with an extensive background in the German Bundesliga who is expected to shoulder leadership responsibilities.

“Before I signed the contract, I talked to [Hendickson] and he told me that he needs a leader, and we had a really good talk about it. After, we both had a good feeling…” said Czichos. “We have a really young team, so we need mentality on the pitch, we need leadership, and yeah, that’s going to be one of my tasks.”

The 2022 roster offers plenty for Fire fans to be excited about, but there are still some questions. Has Chicago done enough to produce a contender? Also, has Hendrickson’s first-year wishlist been fulfilled with one week to go?

Here is a closer look at the 2022 Chicago Fire:

The 30-year-old Swiss superstar’s career has featured stops as Bayern Munich, Liverpool, and Inter Milan among others. Shaqiri is also a captain on the Swiss national team and is primed to appear in his third World Cup later this year.

The move to Chicago is not as random as what meets the eye. Heitz was the sporting director at FC Basel in 2007 when and where Shaqiri embarked on his first professional season.

As far as when Shaqiri will join the Fire, Hendrickson stated that he hopes to have him ready for opening day on February 26.

Pressure is On: Gabriel Slonina

Professional life has come at Slonina quickly, who could be on the verge of becoming the next big thing in the American soccer pipeline.

An impressive showing in the back half of 2021 rose the now 17-year-old’s stock to the stratosphere quickly. The Illinois native collected four clean sheets in 11 starts, which bared the fruits of getting his first U.S. men’s national team senior call-ups amid World Cup Qualifiers, as well as placed his name in the European rumor mill for a possible summer transfer.

Plenty of high-profile eyes will be watching Slonina in 2022, and he will need to impress if he wants to capitalize on the once-in-a-lifetime moment.

There is little doubt that the Fire should be more talented, and likely better coached than last year’s 12th-place effort in the East. But there is a level of honesty about where the team stands in the ongoing overhaul: it is not finished.

“We do have a couple spots that we’re still trying to fill but as we are now, we think that we have enough to be formidable in the Eastern Conference.

“We do realize that there are some teams that are very strong and have gotten stronger, but we think that we also have improved from our roster last year. So we are not going to any game fearing any opponent. That confidence is top-down. It’s going to start from us as a staff, all the way down to every player,” Hendrickson said.

Hendrickson’s system is expected to be a 4-2-3-1, and as things stand the wingers are one area where a sensible upgrade could be helpful.

Przybylko’s record shows that he is a proficient striker in the league, and as it stands the left wing will ideally be occupied by Stanislav Ivanov, who missed the majority of last season with a knee injury, and Fabian Herbers who went goal-less and only added two assists in 2021. Ivanov has yet to appear in the preseason, which could be a tip that his injury woes are not quite through. If so, Ivanov’s wait for a proper audition continues.

Another turnover topic will be how the Slonina situation shakes out if he is indeed to head to Europe in the summer. At the moment, the Fire are not well-equipped for that departure or even an unforeseen injury in the goalkeeper corps.

The only offseason reinforcement brought in was Spencer Richey, who has made 12 MLS starts between FC Cincinnati and the Seattle Sounders since 2019. Apart from Richey, 17-year-old homegrown Chris Brady rounds out the unit and there is a clear need for depth and likely someone to challenge for a starter role in the summer.

Otherwise, the midfield and defense look to be sorted out. Expect to see Gaston Giminez and Mauricio Pineda anchor the holding midfield.

Defensively, preseason lineups are any indicate a Czichos-Carlos Terán tandem is looking like the preferred central defender combination, with Miguel Navarro and Boris Seckulić on the edges.