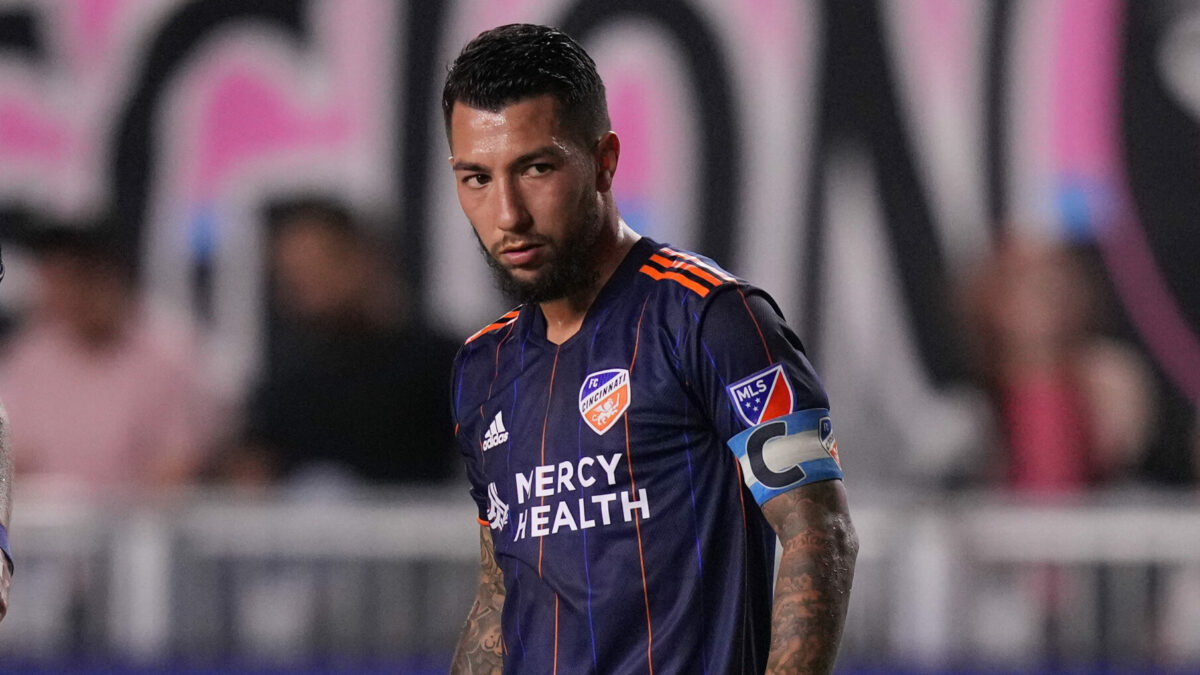 After occupying the Eastern Conference cellar in each of its first three seasons, FC Cincinnati is hoping 2022 is the year it can take a step forward, even if it is at a molecular level.

Fresh faces on the leadership side, head coach Pat Noonan and general manager Chris Albright, will be key in not only improving the on-field product but resetting the culture of a team that has re-written the MLS record book’s less savory statistics since 2019.

If you did not know, Noonan and Albright both joined Cincinnati from the Philadelphia Union and helped create the perennial Eastern contender it has become in recent years. The duo has already tapped into the Union’s talent pool to address one key area of need at the right-back position in two of their very first signings.

Ray Gaddis is set to step into his 10th MLS season after taking a season off, and someone FC Cincinnati fans are familiar with, Alvas Powell, re-joins the team after one-year stints with Inter Miami and Philadelphia respectively, where he helped each reach the postseason.

This season will probably will not be the year where Cincinnati pulls off a flashy designated player signing, but smaller swings that can help lay the foundation for a better MLS IQ than it has had so far. Other newcomers like goalkeeper Alec Kann and striker Dominique Badji will help fill that years-long void and should be set for big workloads this year.

How much can Noonan and Albright realistically move the team forward in their first year? Can the team address all areas of need in one year? Is the roster talented enough to be competitive in the East?

Here is a closer look at FC Cincinnati heading into the 2022 season:

*Has not officially been added to the roster at the time of this writing.

There is plenty of blame to go around for Cincinnati’s league-worst (three years running) Goals Allowed metric, and a fresh start was sorely needed in the goalkeeper department for some time.

Kann, 31, has largely been a backup in his nine-year MLS career and should be the opening day starter. He will have some competition though, with veteran Kenneth Vermeer, 2022 first-round draft pick Roman Celentano, and academy standout Beckham Sunderland all vying to earn some minutes.

Pressure is On: Brenner

The 22-year-old Brazilian’s eight goals led FC Cincinnati’s scoring ranks last year but did not exactly live up to the advertisement his $13 million transfer fee warranted.

Obviously, Cincinnati was well-below average in scoring last year (22nd overall) and Brenner was probably a victim of that, considering he only fired off 67 shots on the season.

What will another lackluster year do for his place in Cincinnati’s pecking order, and his own reputation? It is something the Brazilian youngster probably does not want to risk.

It should probably go without saying, but fans should not get carried away with expectations of a playoff contender initially.

The tandem of Albright and Noonan should make for a better-run team than years past, and it is likely to take more time than the shortest offseason in league history to see a successful reset take place.

Cincinnati enters the season with an incomplete team. Nobody, even Albright, is shying away from that. The hottest topic for FCC fans is the lack of a convincing midfield aside from Luciano Acosta, whose seven-goal, 10-assist 2021 led the team in scoring involvements.

The obvious need is starter-quality midfielders. One spot, presumably the defensive-minded midfielder role, could be filled by Junior Moreno according to multiple reports, but even that addition might not be enough to balance out the unit. Haris Medunjanin is capable of starting in the holding midfielder role, and the 36-year-old will likely be reduced to a depth option with the signing.

Allan Cruz’s favor has gone up and down with each passing coach and will need to have his best season in yet Cincinnati to inspire confidence in any long-term plans. Yuya Kubo’s reinvention as a midfielder improved as 2021 played out, but he could also easily be replaced with a quality signing.

Cincinnati’s attack also has some question marks with the personnel on hand. Brenner will obviously be the headling starter in the attack, it remains to be seen if he will be supported with a second striker or wingers, but a cast of Badji and Brandon Vazquez will be the primary options in the no. 9 corps.

If Noonan does go with a formation that needs wingers, Alvaro Barreal and Isaac Atanga, both 21, will be the go-to options, and when not, will likely serve as attack-minded substitutes.

As mentioned above, 2022 will be a show-me year in the goalkeeper department, and the same could be said in the defensive troop.

Geoff Cameron, Gustavo Vallecilla, Tyler Blackett, and Nick Hagglund all have reasonable arguments to be starting centerbacks. Cameron and Blackett have been paired together twice in the preseason, which might be a tip of Noonan’s preferred combination.

Powell and Gaddis will occupy the right side, with 21-year-old Zico Bailey deserving of regular minutes, and Ronald Matarrita will remain the unquestioned starter on the left.

With a new coach and GM comes new philosophies, and it should be mentioned that a handful of FC Cincinnati’s youngsters and draft picks have been active in the offseason and could get a fair run of games to prove themselves.

Improving on a four-win season should not be too much to ask, but knowing the 2022 roster largely consists of 2021’s characters calls for some balance in how high the expectations should be.

For now, it looks like the season ahead will be about living and learning in order to make good use of the summer transfer window.