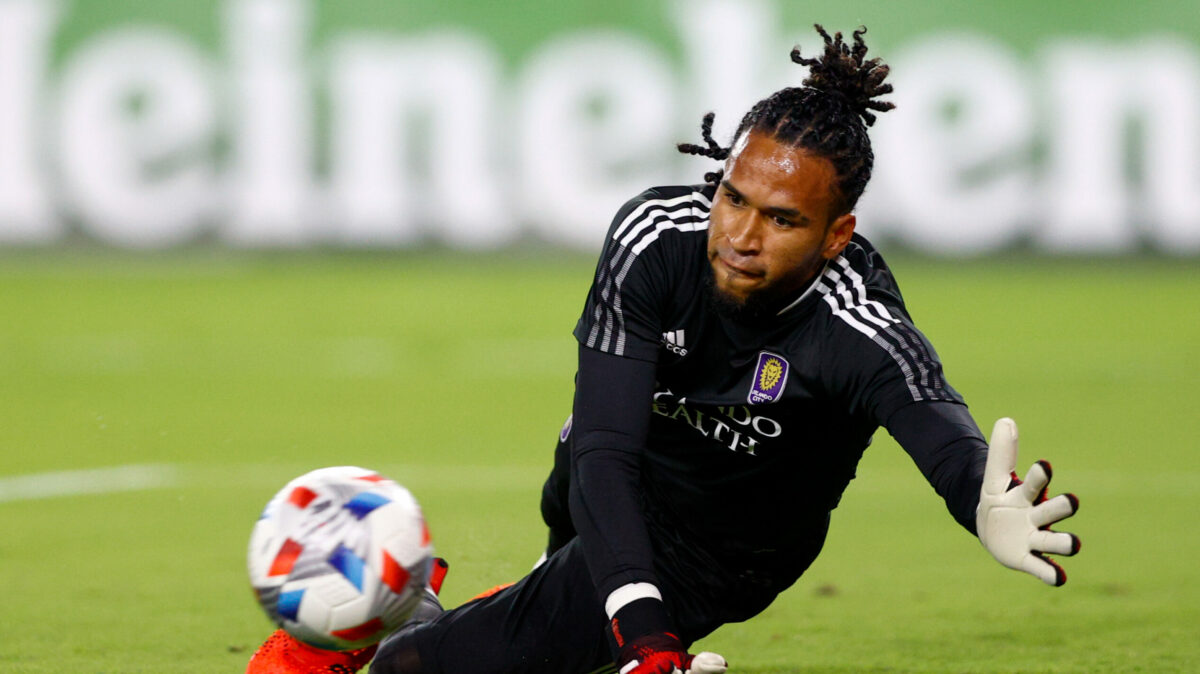 Orlando City reached the postseason once again in 2021, but the inability to surpass the previous year’s achievements led to an interesting approach for what is to come next.

Continuity has been prioritized, but not without a dose of significant change.

Orlando City had another respectable year in 2021, qualifying for the playoffs for the second time in as many seasons as well as in franchise history. The Lions’ overall showing in the campaign was not as good as in 2020, however, and that has to some notable roster tweaking.

Gone are superstar captain Nani, U.S. men’s national team forward Daryl Dike, and speedy winger Chris Mueller. In their places are other talents like Uruguayan youngster Facundo Torres and Austrian forward Ercan Kara who have been signed from abroad to help push the team to new heights.

“Our hope is that the players that have come in as replacements will be better than the ones that have left,” said head coach Oscar Pareja in Spanish. “We hope that will occur as we progress with the games that transpire during the season when the connections between them improve.

“The players that have left have made a very significant contribution to the club, one that we and the fans will always be thankful and proud of.”

Incorporating new players into the mix tends to take time, especially if they are replacing such pivotal pieces to complement the returning solid crop that includes Pedro Gallese, Junior Urso, Antonio Carlos, Ruan, Sebastian Mendez, and the now-healthy Alexandre Pato.

Orlando City has said it is willing to be patient with the recent additions, but the sooner those players find their footing the sooner the Lions will be able to evolve and push on for the MLS Cup that they are so eagerly seeking.

“We always expect more, we always expect to win,” said director of soccer operations Luis Muzzi. “We do not work just to go out there and win a game or two. We want to win it all, so that is what we work for.”

The young Uruguayan international has arrived via a reported team-record transfer fee, and his speed, skill set, and potential have Lions brass salivating at the mouth. It might be unfair to compare him to Nani, but Torres is a Young Designated Player that Orlando City considers “in the top three” most exciting young players in South America. As such, he will be counted on to produce in his first season.

Pressure is on: Alexandre Pato

With so many key attacking pieces gone and having missed most of last season due to an injury, Pato has yet to fulfill his expectations. Not only does the Brazilian forward need to contribute his share of goals and assists after recording none in 2021, but he also has to help lead the front line with his wealth of experience and know-how.

Year 1 of the Pareja project came with unprecedented success, but Year 2 was unable to match or surpass it.

Orlando City made a second straight trip to the playoffs in 2021, but was bounced out in the first round by Nashville SC. That came after a sixth-placed finish in the Eastern Conference in the regular season, one that marked a slight drop-off from the prior campaign.

Continuing to believe in the plan at hand, the Lions avoided making wholesale changes this offseason. They did, however, lose some significant pieces in Nani, Dike, and Mueller.

To try and replace that productive trio, the Lions have tapped into the deeper financial well that their new ownership group has provided and signed talents that boast a blend of promise and experience. Uruguayan international winger Torres was acquired from Peñarol in his native land after some tough negotiations, and Austria national team forward Kara was also brought on board from Rapid Vienna in Europe.

The two Designated Players, along with returning Brazilian forward Alexandre Pato and attacking midfielder Mauricio Pereyra, will be tasked with revitalizing a front line that scored 50 goals last year.

“A lot of the guys left, but we picked up more players this year comparing to last year,” said centerback Robin Jansson. “But it is also good to get some new energy here and there, and some new qualities and some new guys.”

While there are some fresh faces up front, the bulk of last year’s group has returned. From stalwart Peruvian veteran Gallese in goal and the hard-nosed Junior Urso in the middle of the park to central defender Antonio Carlos and promising young midfielder Andres Perea, there is a level of familiarity and continuity amidst the notable change.

That said, getting recent additions like Torres and Uruguayan midfielder Cesar Araujo up to speed and on the same page with the established Lions is something that Orlando City knows is vital to taking that next step. The team knows it could require some time, though.

“Gluing the new players (together) is not an easy task and it does not come immediately,” said head coach Oscar Pareja in English. “But they are doing a great effort to make that happen. They are players that despite their youth have (established) that connection in different places.

“I am very optimistic. They look very good.”

How quickly that can happen could go a long way in determining the type of season Orlando City has. The Central Florida team wants to ensure that it continues to grow in 2022 by competing for one of the top spots in the Eastern Conference and ultimately MLS Cup. Of course, getting more goals from the striker position will likely be needed in addition to more consistent overall outings from the entire group.

Still, the Lions remain hungry. They got a small sample of what success tastes like over the past two years, and are hunting for more.

“The expectation is that we can go further and we want to win it,” said Muzzi. “That is why we try to put all these pieces in place.”