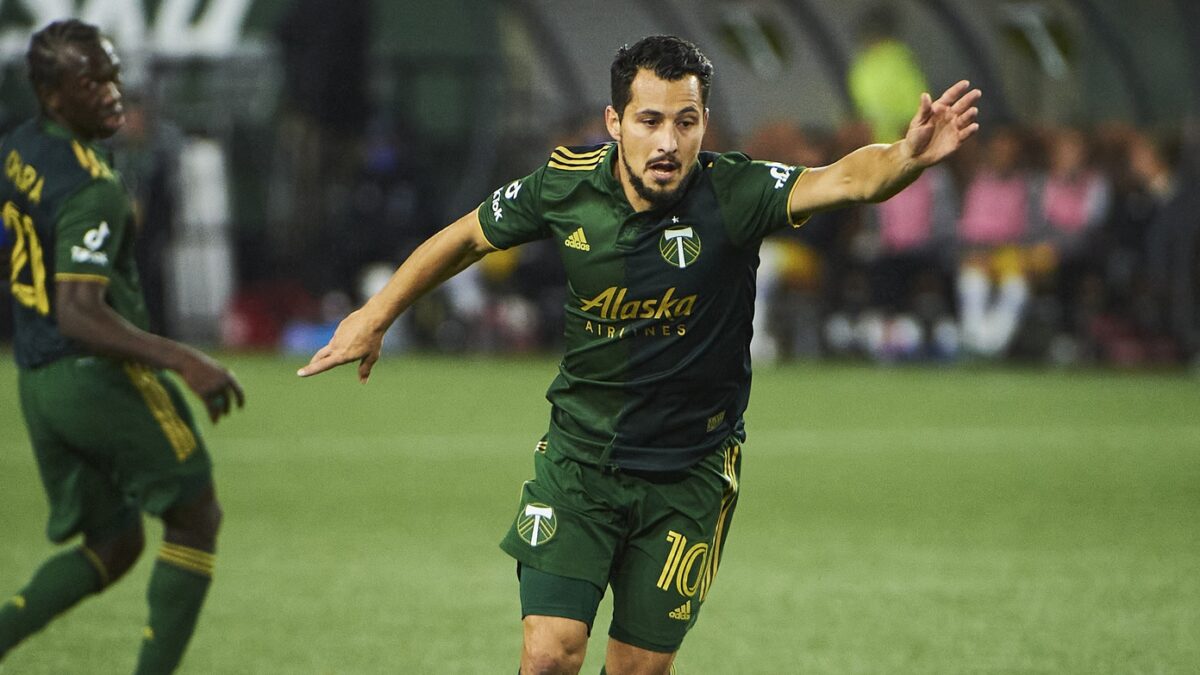 A perennial MLS Cup threat, the Portland Timbers found themselves on the verge of capturing their second MLS Cup if not for New York City FC’s Sean Johnson making two big saves in penalties to give the Eastern Conference side its first Championship in club history.

“Soccer can be cruel because only one can win. And when it’s in PKs, it’s even worse,” head coach Giovanni Savarese said after their loss in the final.

“ I have to make sure that we don’t forget the most important part, that this game today showed why it’s in the final, why we fought through a difficult season,” “For me, they are champions, but it’s difficult not to lift the trophy at home.”

Even though the Timbers fell short in their title quest, finishing their season with an MLS Cup birth is by all considered a success with Diego Valeri taking a step back, Eryk Williamson tearing his ACL in August, and star man Sebastian Blanco injuring his hamstring during the playoffs.

It has been a quiet off-season in terms of additions for the Timbers, but the big departure was club legend Diego Valeri returning to Argentina on a free transfer to his boyhood club Lanus.

Valeri, 35 goes down as arguably the best player in Timbers history, appearing in 262 regular-season matches, scoring 86 goals, and providing 91 assists in 8 seasons in Portland.

“He made this league a better league,” said Savarese. “He made the Portland Timbers be what it is. And he’s shown all his quality, he’s played always with so much passion and he’s done a fantastic job to have been an extremely important player for this organization. He’s a legend for Portland.”

It is an aging core in Portland led by 35-year-old Diego Chara, but Savarese has proven time and time again that he is able to get the most out of his players regardless of circumstance, even if on paper the Timbers do not look like a Western Conference favorite.

Here is a closer look at the 2022 Portland Timbers:

There are not a lot of newcomers to choose from, but Ayala is an exciting midfield prospect that was signed from Estudiantes in Argentina for a reported fee of around $3.5 million and will occupy a U-22 initiative spot on the Timbers roster.

The 19-year-old is a decorated Argentine youth international, appearing 13 times with the U-17 national team and four times at the U-15 level.

In terms of his role with the Timbers, Ayala can play as a defensive midfielder or in a box-to-box role so he is a good bet to get minutes while Eryk Williamson works his way back from an ACL tear and as a back-up for Diego Chara.

Pressure is on: Aljaz Ivacic

It is not often MLS teams use an international roster spot on a goalkeeper, let alone on a player that is not an immediate starter upon arrival but the Timbers must see something they like in the Slovenian back-stop.

Ivacic arrived in 2019 on a free transfer from Slovenian club NK Olimpija, but has made just 7 appearances for the Timbers’ first team and conceded 15 goals in that time frame as the primary back-up to Steve Clark.

Clark has since departed to join Houston Dynamo FC, giving Ivacic his first true chance at seizing the starting goalie position for years to come.

“Steve was kind of a playmaker in the back that we were able to rely on but I think Ivacic has the same quality,” said midfielder Eryk Williamson.

Williamson may have confidence in Ivacic as the starter, but Portland also brought in MLS veteran David Bingham and prospect Justin Vom Steeg for competition at the position so the pressure is on Ivacic to stake his claim as the preferred between the posts.

How much longer can the Timbers do it?

Diego Chara continues to be a force in the midfielder at 35-years-old, starting centerback Larrys Mabiala is 34 and is recovering from surgery that will have him sidelined to start the season, and playmaker Sebastian Blanco has returned for another year but enters his age 34 season and there are already questions surrounding the health of his knee.

“Those guys just have a new excitement about being here,” “Everyone’s talking about when are things going to slow down, but I think we excel so well because we’re not worried about the time, we feel so strong as a unit that every year could be our year.”

In order for the Timbers to make it back to the MLS Cup, a return to full form Williamson after he tore his ACL in August is something that will be a big boost to the midfield and is getting closer to becoming a reality, despite just being five months removed from a severe injury.

“I’m feeling pretty sharp,” “I’m feeling stronger and quicker than before so it’s just it’s an exciting one for me to kind of get back into the team and hopefully get minutes in the next coming weeks,” said Williamson.

Williamson, 22 was in the middle of another strong season as a starter in the midfield for Portland, but the time recovering has also given him an opportunity to better prepare himself for the rigors of an MLS season.

“I’ve noticed that I’m protecting the ball a little more in smaller areas and I can hold some guys off,” “I’m more willing to go into challenges more willing to do things that maybe I wouldn’t do before not because I didn’t feel like I was strong enough to do, but the prehab has been good for my mind and body.”

The Timbers do not have many holes on their roster and the return of Williamson, in some ways, is like a new addition for the Timbers as he only appeared in 14 games last season prior.

They did however lose two veteran leaders in Steve Clarke and goal and Diego Valeri in the midfield who are in theory replaceable on the field, but both players played important roles in the locker room.

“Steve’s definitely one we’re gonna miss in the locker room’,’ Williamson said. “He was a vocal leader and a strong presence in terms of keeping the team together.

“Valeri for years and years has been such a leader on the field and off the field. We had such a connection that it will be hard to replace, but it is exciting that we have pieces like Blanco coming back.”

The return of Designated Player Sebastian Blanco is arguably the biggest offseason move made by the Timbers with the 33-year-old attacker out of contract at the end of the season, it seemed like for a moment that Blanco would not be back in the Rose City.

There were even reports stating that Blanco had an offer from an unnamed MLS club, but Portland and Blanco were able to come to terms on a two-year extension that will see him tied to the club until 2024.

” I don’t think we’ve truly hit our full potential together and hearing about the possibility of him not coming back I was a little nervous,” admitted Williamson.

Blanco put up a modest 9 goals and 6 assists last season, but his role as a playmaker is a pivotal part of Gio Savarese’s system.

Blanco is a guarantee to be the main man in the middle to start the season, but who gets the nod at striker while Felipe Mora, their leading scorer from last season is sidelined with a knee injury sustained in the preseason is a massive question mark.

Jeremy Ebobisse was traded in the middle of last season to the San Jose Earthquakes, leaving Designated Player Jaroslaw Niezgoda and homegrown talent Tega Ikoba as the only two healthy forwards on the roster.

Niezgoda is a capable option for minutes even without the injury to Mora so in theory, it is not a death sentence to start the season.

After joining the Timbers in 2020 from Legia Warzawa, Niezgoda has scored 11 goals in 38 matches.

The biggest area of concern to start the season is in defense both starting center backs from last year in Larrys Mabiala and Dario Zuparic undergoing hernia surgery at the end of January.

The original prognosis has both players expected to be back in six weeks from the time of surgery, but it could be longer given the time needed to return to fitness.

Their injuries leave third-year player Zac McGraw and New Zealand international Bill Tuiloma as the only two healthy centerbacks ahead of the season opener against the New England Revolution on February 26.

Even with the myriad of injuries to start the season and the advanced age of many key players, the Timbers are once again ready to silence the doubters.

“We’re one big family, and everyone has each other’s back,” Williamson said. “I think that’s kind of what led us to the final last year. Guys are fighting for each other in 90th, 95th minute 100th minute, it does not matter, every guy just knows that it’s all of us versus everyone else.”