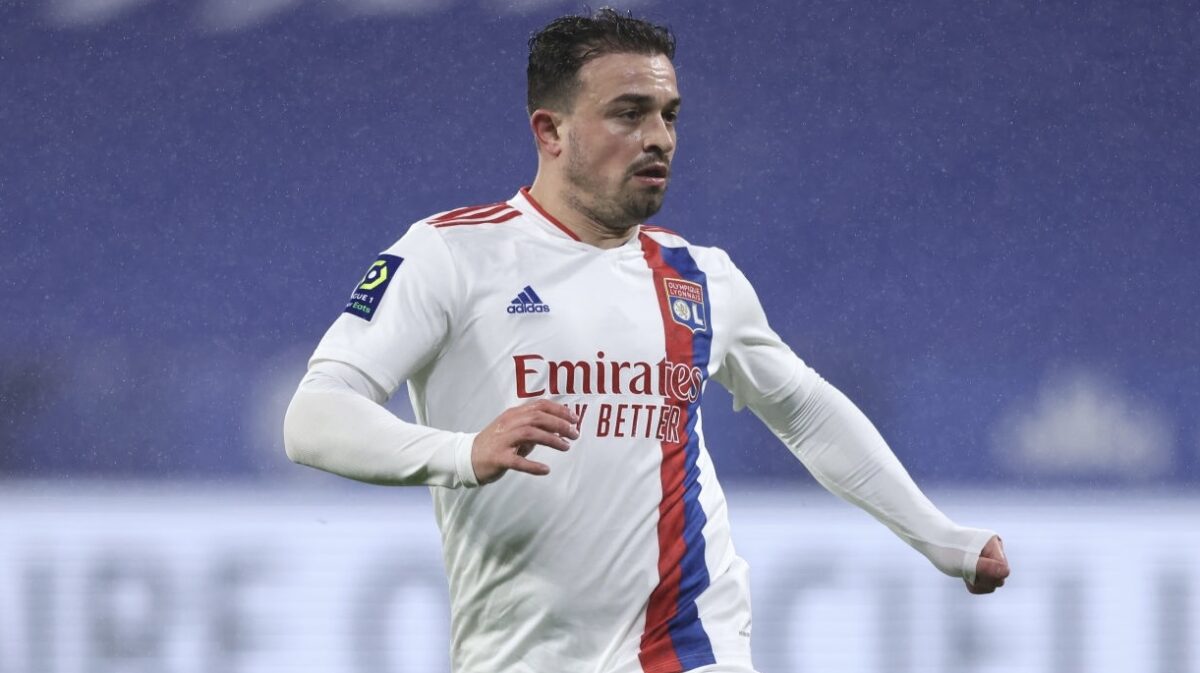 Xherdan Shaqiri became the latest European talent to make the switch to MLS, following in the footsteps of Blaise Matuidi, Carlos Vela, and Javier Hernandez in recent seasons.

The Chicago Fire announced Wednesday they’ve signed Shaqiri to a Designated Player contract, making him the most expensive transfer signing in club history. Shaqiri’s contract will run through 2024 with the Fire after joining on a permanent transfer from Ligue 1 side Lyon.

“We’re extremely pleased to formally welcome Xherdan Shaqiri to the Fire,” said Chicago Fire FC Sporting Director Georg Heitz. “Xherdan is a game-changing player and someone who will bring joy to our supporters and the city of Chicago. As one of the most accomplished Swiss athletes of his generation, Xherdan joins us at a very important time for the Club and fully believes in what we are aiming to accomplish. We look forward to welcoming him and his family to Chicago very soon.”

The 30-year-old Swiss international has totaled 421 appearances across all competitions in his club career, winning 17 major trophies during that stretch. Shaqiri has featured for Bayern Munich, Liverpool, Stoke City, and Lyon among others, featuring in the UEFA Champions League on several occasions.

The Fire will hope Shaqiri can help them return to the MLS Cup Playoffs in 2022 after missing in each of the last four seasons.

Caden Clark rewarded with a contract extension at Bundesliga club RB Leipzig on Wednesday, but will head back to MLS for the upcoming 2022 season.

Clark’s new contract with RB Leipzig will now run until June 2025 and he has been loaned to the New York Red Bulls for the entire MLS campaign, RB Leipzig announced. The 18-year-old Clark was acquired by RB Leipzig on a permanent transfer in June 2021, but remained with the Red Bulls for the remainder of last season.

Clark broke onto the scene with the Red Bulls in 2020, scoring three goals in eight combined first team appearances for the club. The attacking midfielder took another step forward this past season, scoring four goals and registering five assists in 25 combined appearances under head coach Gerhard Struber.

Clark has earned two appearances with the U.S. under-20 men’s national team to date. He was also called up by Gregg Berhalter for a 1-0 friendly win over Bosnia and Herzegovina in December, but did not appear in the match.

Atlanta United set a new MLS record fee on Wednesday when it announced the signing of Thiago Almada as a Designated Player.

Almada arrives from Argentina’s Velez Sarsfield for a reported $16 million, becoming the latest South American talent to join the Five Stripes. The 20-year-old attacking midfielder who came up through Velez’s academy, broke into the first team in 2019.

Almada leaves Velez having played in 100 matches, while also having three caps with the Argentina national team.

Atlanta broke its own record with this signing, surpassing the previous record for an incoming transfer, which was $15.5 million.

Andy Polo is not expected to start the 2022 regular season with the Portland Timbers due to an ongoing off-the-field investigation.

Polo has been suspended effective immediately after reported allegations of domestic violence against the Peruvian midfielder.

“The Timbers are aware of the allegations of domestic violence concerning Andy Polo and have notified the league office,” a league statement read. “Effective immediately, Polo has been suspended by the league and removed from all team activities. MLS is conducting an investigation into the matter and will remain in close communication with the Timbers and the MLS Players Association throughout the process. As this is an ongoing investigation, the Timbers will have no further comment.”

The 27-year-old joined the Timbers in 2018 and since has totaled 69 combined league appearances, scoring two goals and adding five assists. Polo was reduced to only four appearances in 2021 after suffering a ruptured quadriceps muscle and a torn meniscus in his left leg against the LA Galaxy in May.

The Colorado Rapids will be without midfielder Braian Galvan for the 2022 MLS season.

Galvan has undergone surgery to repair a torn ACL, which is set to see him sidelined for nine months. The 21-year-old Argentine joined the Rapids in 2020 and since has totaled 24 appearances, two goals, and three assists.

Robin Fraser’s side claimed the No. 1 in the Western Conference last season, but were eliminated in the opening round by the Portland Timbers.