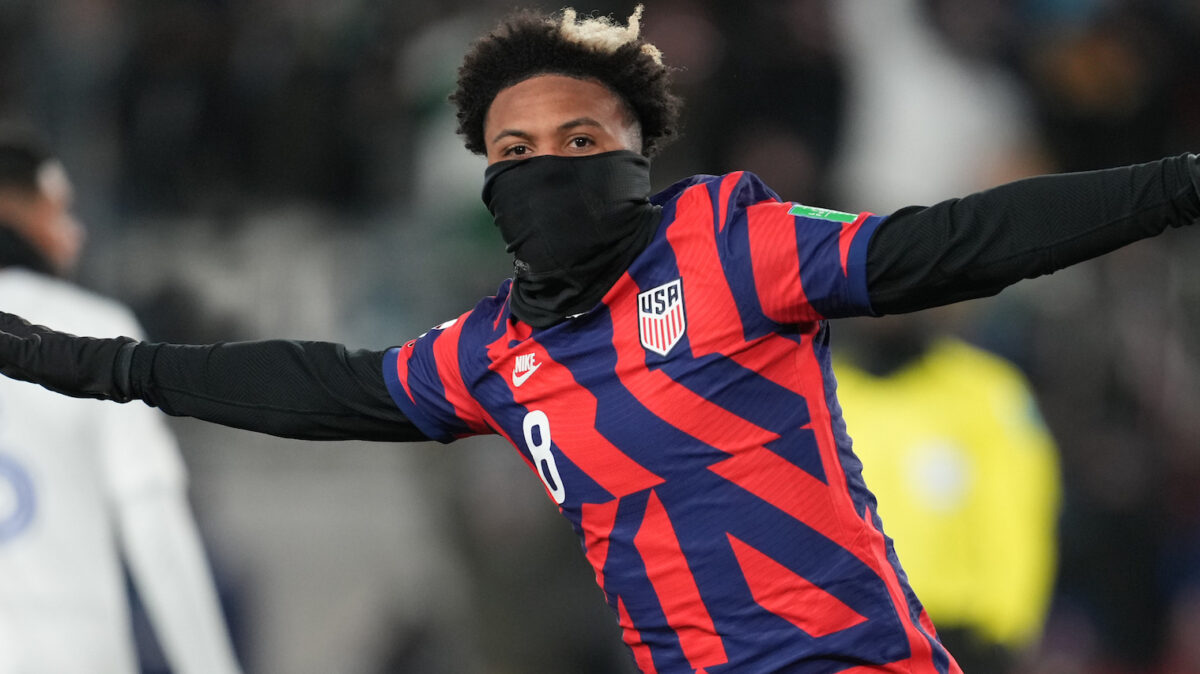 The U.S. men’s national team needed three points in Wednesday’s World Cup Qualifier and Gregg Berhalter turned to his most important midfielder to lead the charge in Minnesota.

Weston McKennie scored the winning goal for the USMNT at Allianz Field in a 3-0 victory, delivering a Man of the Match performance in an important bounce-back performance in Minnesota. McKennie edged Kellyn Acosta and Walker Zimmerman to MOTM honors after scoring his eighth international goal for his country.

The Juventus midfielder did what he does best, rising high off a set piece and heading home the opening goal in the eighth minute. Acosta’s dangerous cross from the right wing was placed perfectly for McKennie, who beat Romell Quioto and headed in past Luis Lopez.

McKennie continued to be a livewire for the USMNT as the match pushed forward, winning his individual battles and racing all over the field. The 23-year-old finished the match with seven duels won out his eight in total and also completed four of his five dribble attempts.

McKennie wasn’t the only American turn in a standout performance. Kellyn Acosta had a hand in all three goals with outstanding set-piece deliveries to help set up all three USMNT goals and earn Honorable Mention honors for Man of the Match, as did Walker Zimmerman, who scored a goal and helped set up Christian Pulisic’s insurance tally.

What did you think of McKennie’s performance? Who was your pick for Man of the Match?