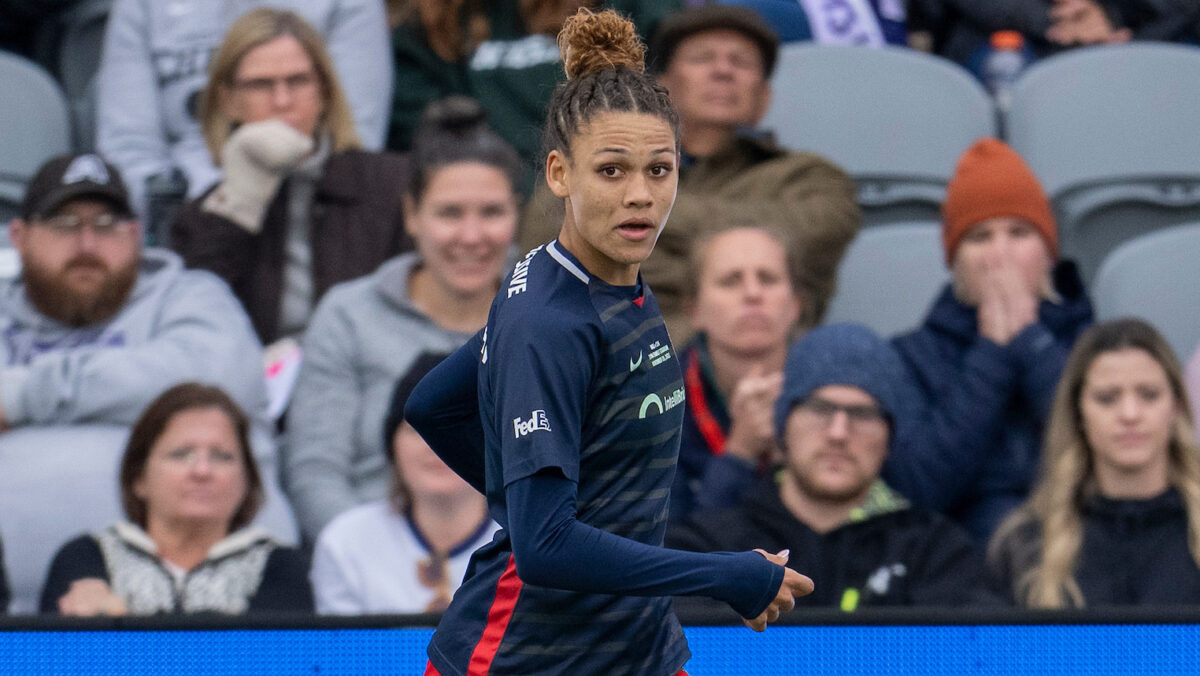 After initially being sidelined, Trinity Rodman is potentially set to make her senior U.S. women’s national team debut in the SheBelieves Cup after all.

Rodman replaced defender Abby Dahlkemper on the 23-woman roster, the team announced on Monday. Dahlkemper was ruled out due to a back injury, forcing Rodman into the squad for this month’s tournament.

The inclusion does not necessarily guarantee playing time, with head coach Vlatko Andonovski recently stating his plan is to ease Rodman into the USWNT and calling his team “a completely different animal” in comparison to the National Women’s Soccer League, where Rodman was dominant in her Rookie of the Year and NWSL Championship-winning season.

You would figure having the 19-year-old phenom available might be too tempting for Andonovski not to test, though. Especially if the USWNT towers over the SheBelieves Cup like it did last year. Andonovski left off several veterans and still chose Rodman over proven stars in the attacking department, like Alex Morgan, Megan Rapinoe, and others.

The Americans will do battle with a field of the Czech Republic, Iceland, and New Zealand later this month, and the games will take place in Carson, California, and Frisco, Texas between February 17-23.

Here is a look at the updated USWNT roster for the 2022 SheBelieves Cup: