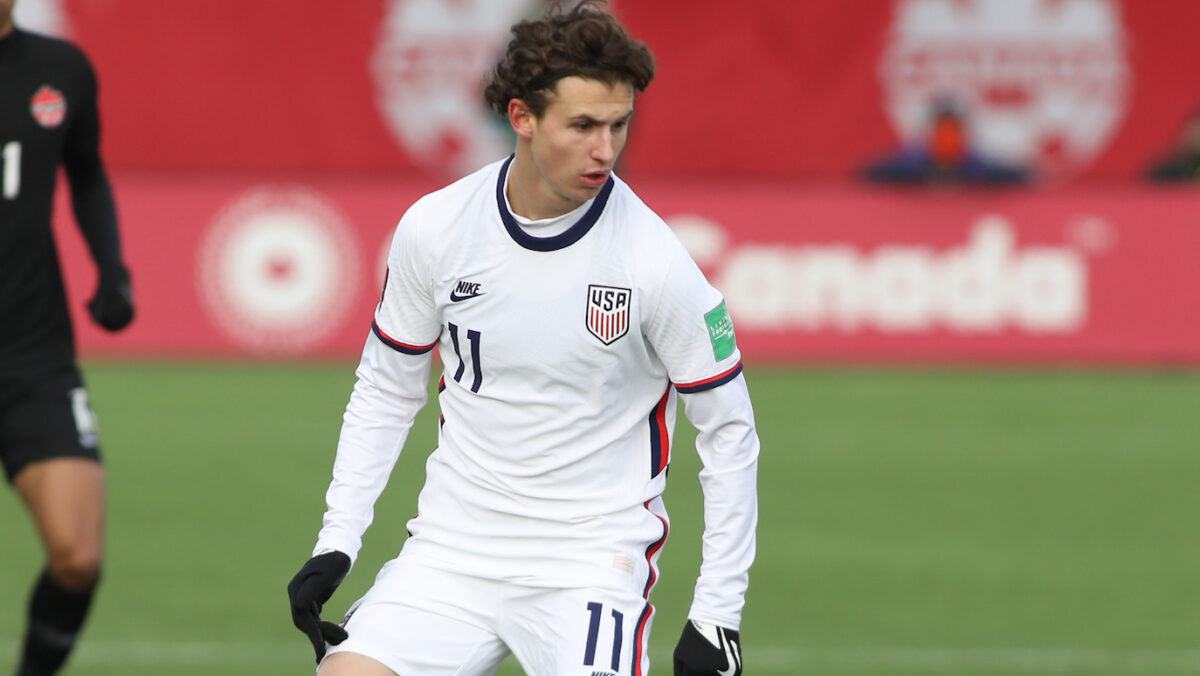 Brenden Aaronson’s ironman streak through the octagonal round of Concacaf World Cup Qualifying will officially come to an end.

“After reviewing the updated medical information and in consultation with Red Bull Salzburg, we have determined that Brenden Aaronson would not be available to play in the upcoming World Cup Qualifying matches,” a U.S. Soccer statement read. “We were hopeful he would be able to recover in time; unfortunately, that will not be the case. We hope he makes a speedy recovery.“

Aaronson, 21, has appeared in all 11 of the USMNT’s World Cup Qualifiers to date this cycle, scoring two goals and contributing one assist. He has also continued to play a leading role for Red Bull Salzburg across all competitions, scoring five goals and adding 10 assists.

In total, Aaronson has appeared in 46 matches this season for club and country, most recently logging 120 minutes in Red Bull Salzburg’s penalty shootout win in the Austrian Cup semifinals.

The USMNT sits second in the octagonal round standings in Concacaf World Cup qualifying with 21 points heading into its final three matches of qualifying. Gregg Berhalter’s team is four points ahead of fourth-place Panama in the race for automatic qualification into the 2022 FIFA World Cup in Qatar.

The Americans face Mexico, Panama, and Costa Rica in their final matches this month, which begins with a trip to Estadio Azteca on Thursday.