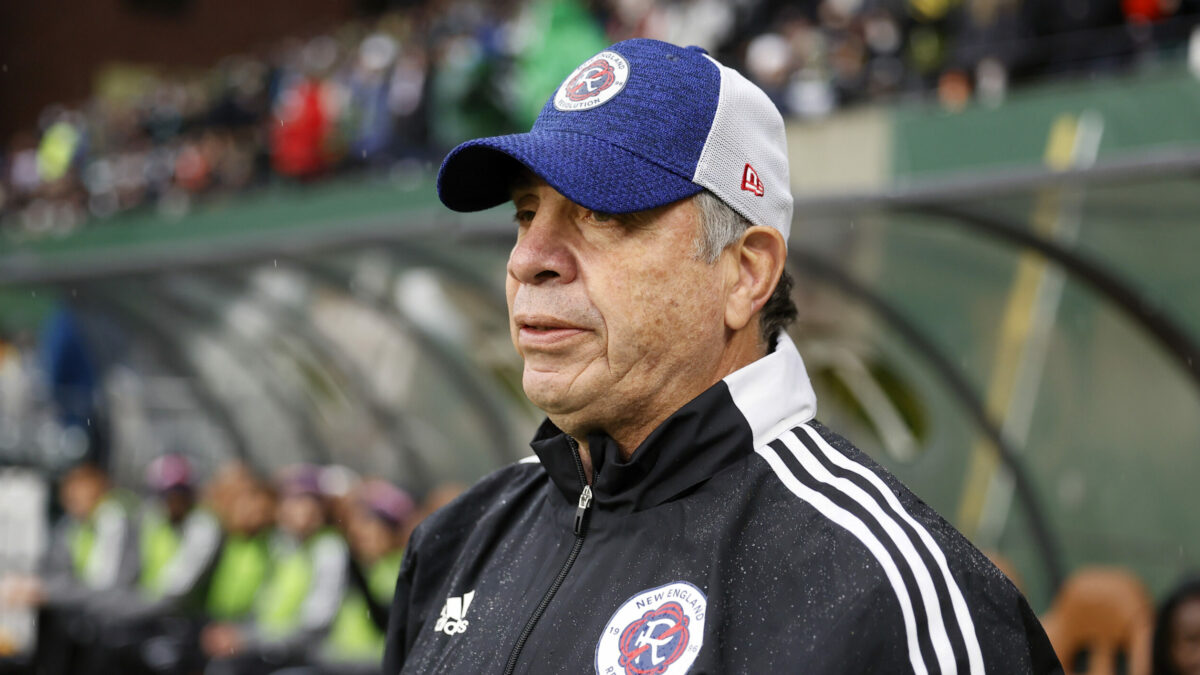 Bruce Arena established his status as an icon in Major League Soccer years ago, but his first win of the 2022 MLS season strengthened that reputation more.

Arena is now the winningest coach in MLS with the New England Revolution’s 1-0 win over FC Dallas Saturday afternoon. With 241 wins, Arena passed the late Sigi Schmid for the lead in all-time wins. Arena has amassed that number of wins across 18 seasons and tenures with four clubs.

“If I had a bunch of lousy teams, I dont know if I’d have the record,:” Arena said after Saturday’s win. “I thought at some point in 2022, we’d get another win. It’s nice to get it out of the way and try to get this team better.”

Arena and Schmid are at the top of the list for MLS wins with 241 and 240, respectively. Toronto FC coach Bob Bradley is third with 182, and another active coach in Sporting KC’s Peter Vermes is fourth with 172. Current FC Cincinnati assistant coach Dominic Kinnear is fifth with 170 during his time at the helm of the San Jose Earthquakes, Houston Dynamo and LA Galaxy.

Arena had a close relationship with Schmid, who died at 65 years old in 2018. Schmid entered the U.S. Soccer Hall of Fame in 2015, after winning two MLS Cups and three Supporters’ Shields during stints with the LA Galaxy, Columbus Crew and Seattle Sounders. Schmid worked with Arena on youth national team coaching staffs and faced him as a collegiate coach.

“We had experiences on and off the field,” Arena said of Schmid. “I have the greatest respect for him. He was a gentleman and really dedicated to the game and his players. He was a neighbor of my son, in Manhattan Beach. It’s an honor to be associated with him.”

Arena started his coaching career in college soccer at Cornell and Virginia. He joined the nascent MLS in 1996 and led D.C. United to two MLS Cup wins and a CONCACAF Champions’ Cup win, which remains the only continental title for an MLS team.

Arena joined the Revolution in 2019 and led the team to a Supporters’ Shield in 2021, setting an MLS points record. The Revs progressed to the Eastern Conference Semifinal, falling to NYCFC in penalty kicks.

Arena coached the U.S. men’s national team in three World Cups, from 1998 to 2006, progressing to the quarterfinal in 2002 after a memorable 2-0 win over Mexico. He filled in as USMNT coach after the firing of Jurgen Klinsmann in 2016, overseeing one of the lowest points in USMNT history as the squad failed to qualify for the 2018 World Cup.

USMNT great Jozy Altidore reunited with Arena this season, as the Revs added several veteran pieces in the late stage of Arena’s career. Altidore said man management is one of Arena’s greatest traits.

“Bruce is a winner,” Altidore said. “I think everywhere he’s gone, he’s won. Galaxy, national team, everybody knows what he’s about. A big part of professional sports is man management. You got egos, you got pros, you got guys that have been around. When you’re able to do that well, which I think he’s mastered, you’re always going to have guys that want to play for you.”