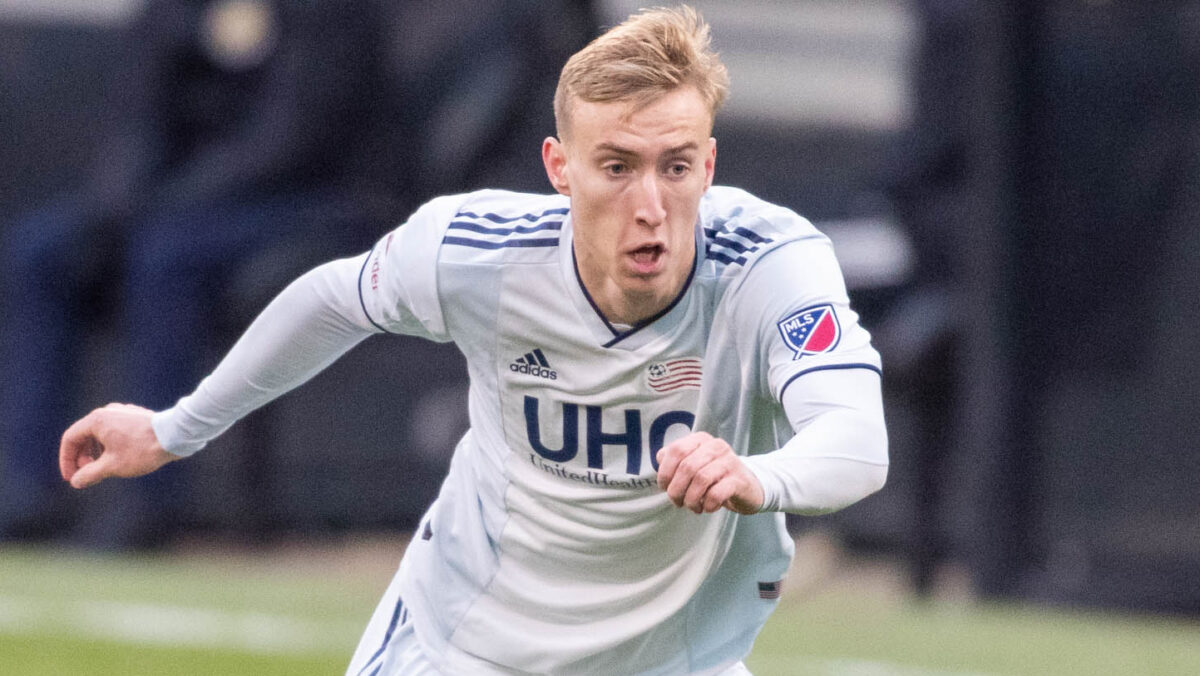 The business end of four Concacaf Champions League ties arrive midweek, with four MLS teams in position to challenge for a semifinal berth.

The New England Revolution and the Seattle Sounders carry 3-0 aggregate leads into the second leg of their quarterfinal matchups against UNAM Pumas and Club Leon, respectively.

New York City FC just earned its first win of the 2022 MLS season with a dominant 4-1 scoreline over CF Montreal. The defending MLS Cup champs head to Guatemala, where they will face the surprise of the tournament so far, Comunicaciones FC.

CF Montreal was utterly dominated in the run of play last week at Estadio Azteca, but managed to walk away with only a 1-0 defeat to Cruz Azul. The teams will now face off in Montreal, and the Canadian club has a golden opportunity to turn things around to claim a second Mexican scalp in this season’s competition.

Look ahead to this week’s CCL matchups.

New York City FC claimed a clear advantage with a 3-1 win in East Hartford, Connecticut, in the first leg, but cannot underestimate a plucky Comunicaciones FC team on the road.

Comunicaciones equalized in the 60th minute of the first leg, challenging NYCFC to nab two goals late in the game. NYCFC enters the match gaining some steam after a couple poor results in MLS play. The club most recently won its first MLS match of 2022, 4-1 over CF Montreal.

Tayvon Gray, the 19-year-old American right back who had a breakout 2021 season, will be returning soon from an injury. NYCFC coach Ronny Deila said Gray is close to a return, but the club has another in-form player in U.S. youth international Andres Jasson who could continue at that position.

CF Montreal somehow escaped Estadio Azteca with only a 1-0 loss last week, despite ceding the majority of possession. Wilfried Nancy’s squad remains alive though, especially after fighting back in the Round of 16 to reach this stage afterall.

Cruz Azul is one of the best-performing Liga MX clubs left in CCL. La Maquina lies fifth in Liga MX, and Juan Escobar is a threat with four goals and two assists through 10 league matches.

Montreal’s squad is mostly healthy, with Mason Toye and Ahmed Hamdi ruled out. The Canadian club is coming off a 4-1 defeat to NYCFC in its previous league match. Djordje Mihailovic remains a key cog in Nancy’s squad for his playmaking and goalscoring abilities.

The Revolution stunned Pumas UNAM in the first leg, winning 3-0 with two goals from Adam Buksa in snowy conditions at Gillette Stadium.

Pumas has its work cut out, but the team has shown it is capable of scoring plenty of goals in CCL, having beaten Saprissa 6-3 on aggregate in the previous round. Juan Ignacio Dinenno is among the top CCL scorers with three goals.

The Revs rotated their back line in their previous league match, a 3-2 loss to Real Salt Lake, indicating they might be getting ready for this decisive match. Veteran defender Omar Gonzalez, who has experience playing in Mexico, could start alongside Andrew Farrell at centerback as he did in the first leg with Henry Kessler out injured.

Similar to the Revs’ stunning performance, the Sounders aced the first leg of this tie with a 3-0 win at home. Club Leon kept most of the possession, but the Sounders outclassed the Mexican club with its incisive attack.

The Sounders will again miss DP striker Raul Ruidiaz, who has been out a couple of weeks with a hamstring injury. Jordan Morris and Cristian Roldan headline the in-form players for Brian Schmetzer’s bunch.

Club Leon is reeling as of late, with back-to-back 3-0 losses in CCL and Liga MX play. Manager Ariel Howan resigned after the loss to Tigres, but the club did not accept his resignation. Howan will remain on the sideline for Leon for this match.