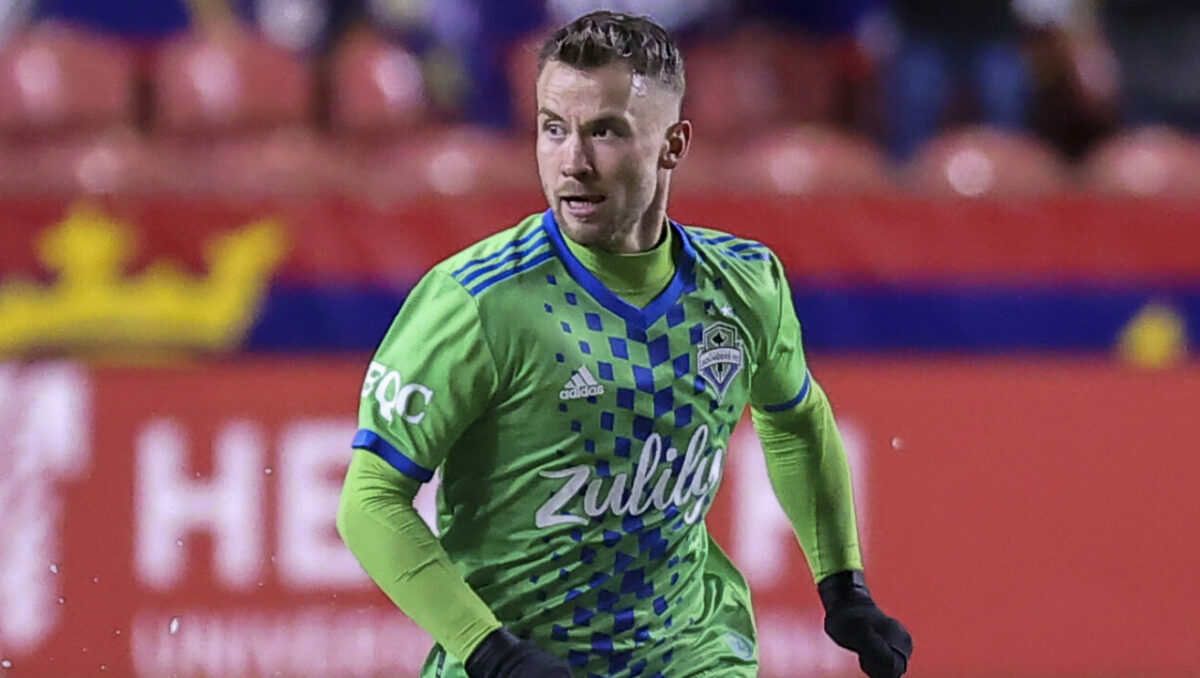 Four MLS teams remain, and three of them will open the Concacaf Champions League quarterfinals at home this week.

New York City FC continued to steamroll through the competition, despite disappointing results in league play. The New England Revolution will open knockout stage play after Haitian opponent Cavaly AS had to pull out of the Round of 16.

CF Montreal enters the quarterfinal round with a daunting first leg at Estadio Azteca against Cruz Azul, but the Canadian side showed one of the best CCL performances in the last round with a win over Santos Laguna.

It’s also time for the Seattle Sounders to prove their might in a matchup with Club Leon, in a rematch of the memorable 2021 Leagues Cup final which the Mexican club won 3-2.

Here is a closer look at this week’s upcoming CCL matches.

Despite keeping much of the squad that won MLS Cup last year, NYCFC is off to a winless start in the first two games of league play. However the club has impressed so far in CCL, arriving into the quarterfinals and avoiding a Mexican team for yet another round.

Valentin Castellanos and Maxi Moralez headline the offensive talent for Ronny Deila’s side, while Maxime Chanot and Alexander Callens combine for one of the top defensive pairings in MLS.

Comunicaciones, however, is no pushover. The Guatemalan club knocked off the Colorado Rapids in the Round of 16 with a clutch performance in difficult weather conditions. They will travel to Yankee Stadium with a lot of confidence after earning back-to-back wins in league play over the past two weeks.

Oscar Santis and Nicolas Samayoa have two goals apiece in their past two appearances.

The Sounders have weathered two losses in MLS play to start the season, but a 5-0 second-leg triumph against Motagua should send the team head into the quarterfinals with some confidence. The Sounders have a familiar opponent, too. Club Leon defeated the Sounders, 3-2, in September 2021 in the Leagues Cup final.

Nicolas Lodeiro and Jordan Morris both scored in the second leg Round of 16 win over Motagua and are just two of several offensive weapons for the Sounders.

Club Leon, the top-performing Mexican club still standing in CCL, is fourth in Liga MX. The club is on a six-match winning streak in all competitions, and has posted four shutouts in a row.

Elias Hernandez has scored three goals during that unbeaten run and two in CCL play.

The New England Revolution have four points from their first two matches in MLS play, but that positive start might not mean a great deal when it comes to jumping straight into CCL knockout play against a seasoned, powerful opponent.

The Revs’ Round of 16 tie against Cavaly AS was cancelled because of visa issues for the Haitian side, putting added pressure on Bruce Arena’s side to deliver in the quarterfinals. Carles Gil and Gustavo Bou are one of the top 1-2 duos in the competition while Sebastian Lletget has impressed in his early days with the Revs.

Henry Kessler went down in Saturday’s win over FC Dallas and will miss some games, providing Omar Gonzalez with an opportynity to partner Andrew Farrell in the backline.

Pumas defeated Costa Rican power Saprissa, 4-1, in the second leg of the Round of 16. Argentine striker Juan Ignacio Dinenno scored two goals in the match and leads all CCL scorers with three goals.

Djordje Mihailovic captured the attention in the CCL Round of 16, scoring an impressive goal as CF Montreal overcame a first-leg deficit to beat Santos Laguna. Wilfried Nancy’s side moves ahead to face Cruz Azul at Estadio Azteca on Wednesday, in what could be the Canadian’s club toughest opponent in the early stages of the season.

La Maquina is on decent form as of late, but has lost two of its last three matches, lying fifth in Liga MX. Carlos Rodriguez and Juan Escobar have seven goals combined in all competitions this season.

CF MTL is off to a poor start in MLS, despite the club’s success so far in CCL. The Canadian club lost to the Philadelphia Union and Orlando City in their first league matches, but have offensive players like Mihailovic and Romell Quioto to rely on this week.