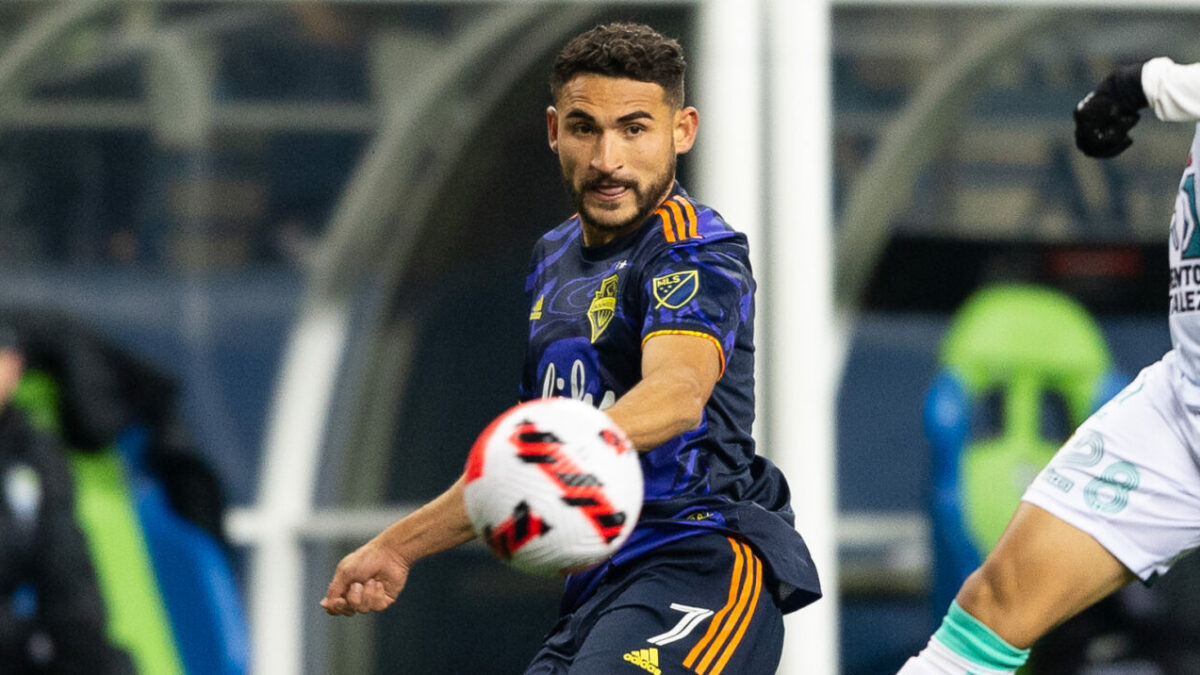 The Seattle Sounders have several attacking pieces to call on from Jordan Morris to Albert Rusnak, but on Tuesday night in Concacaf Champions League play it was Cristian Roldan who sparked Brian Schmetzer’s side to a convincing first leg win.

Roldan registered two assists and also drew one penalty kick in the Sounders 3-0 quarterfinal first leg win over Liga MX side opponents Club Leon. The U.S. men’s national team and MLS veteran celebrated his 250th career appearance for the Sounders in style, being the catalyst to a memorable victory at Lumen Field.

The Sounders have previously had trouble against Mexican opposition, losing three of its last four showdowns in the quarterfinal round of the tournament, but Roldan’s lively outing paired with clinical finishes from Fredy Montero and Morris helping the Western Conference club earn a second-straight win in this season’s competition.

“Cristian’s emotional ties to our success is what I prefer to look at,” Schmetzer said when asked about Roldan’s impact in the match. “You can go on SofaScore, FotMob, or look at all the data you want, but his emotional leadership on the field… is what makes him a special player.

“That’s Cristian,” added Schmetzer. “He never gives up. He never quits. Whether it’s the first minute or the 94th minute, that’s his emotional contribution to the team. It is far and away greater than any statistic that you guys can throw at me.”

Roldan played a part in both of the Sounders’ first-half goals, drawing a penalty kick in the 31st minute and connecting with Montero for a second goal in quick succession in the 39th. Even with the Sounders sitting pretty at 2-0, the 26-year-old sent a cross into the box in second-half stoppage time, allowing Morris to extend Seattle’s aggregate advantage to 3-0 heading into next week’s second leg.

Roldan was all over the field for the Sounders on Tuesday night, winning nine of his 18 duels, making 11 recoveries, and also completing one shot on goal. While it was a strong overall performance from the Sounders as a team, Roldan’s awareness and work ethic in the offensive side of the field truly stole the show.

“I told Cristian just give me one more chance and I’ll bury it,” Morris said of Roldan’s assist in the final minutes of Tuesday’s first leg victory. “He put a great ball in the box and I’m thankful for that.”

The Sounders will now hope Roldan can spark them to a first MLS win of the new campaign on Saturday with the L.A. Galaxy coming to Lumen Field for the first of two regular-season meetings in 2022. Schmetzer and his squad will then travel to Club Leon on March 17 for the second leg of their quarterfinal showdown, knowing a hostile atmosphere awaits at the Estadio Nou Camp.