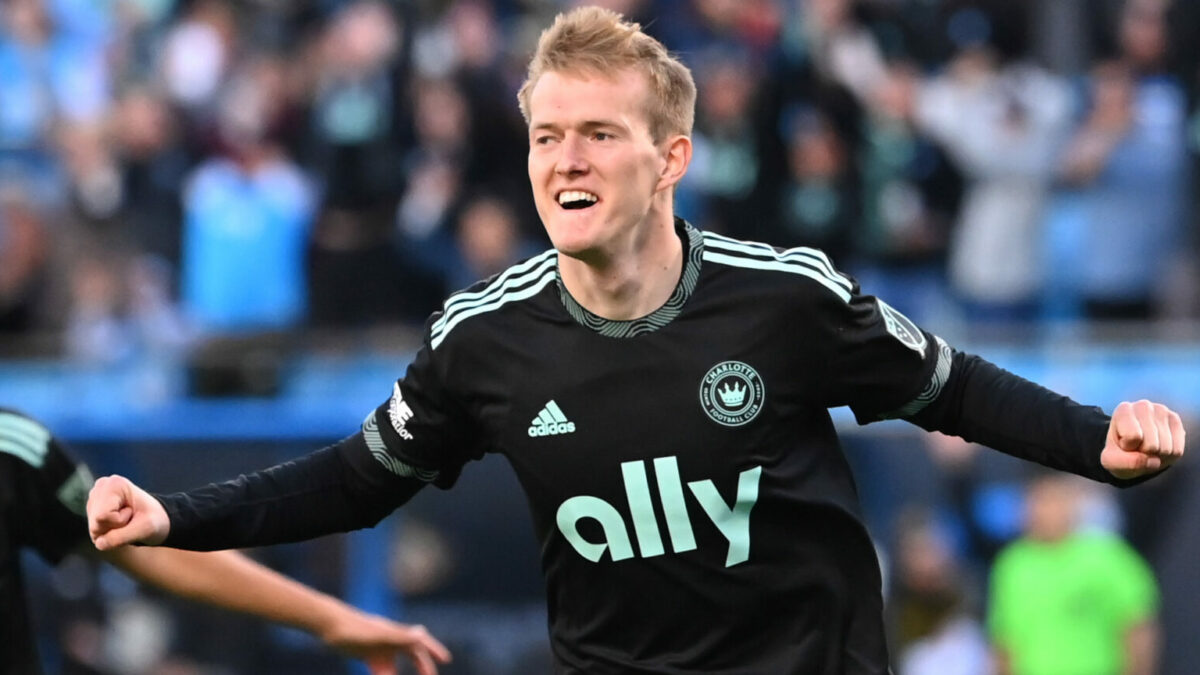 With World Cup Qualifying taking center stage this weekend, only three MLS games were on the docket, and the short slate offered two victories and a drama-infused tie.

Sporting Kansas City earned a second win of 2022 on Saturday, using a late winner from Johnny Russell to defeat Real Salt Lake 1-0 at Children’s Mercy Park. Russell’s left-footed finish in the 81st minute was all Peter Vermes’ side needed to rebound from back-to-back defeats. RSL’s unbeaten start to the MLS season came to an abrupt end.

In Portland, the Timbers swapped second-half goals with Orlando City and managed to salvage a point despite being down to 10 men. Cristhian Paredes goes down as the hero for bailing his team out what looked destined to be its first home loss of 2022.

Here is a closer look at the weekend’s MLS action:

Man of the Match: Karol Swiderski was a man on a mission. His scores in each half kept Cincinnati chasing the game.

Moment of the Match: Swiderski’s direct set-piece kick is a must-watch.

Match to Forget: Cincinnati’s Alvaro Barreal earned his first start under his new head coach and failed to make a positive impression on the game. Barreal is a natural winger, was deployed in the left wing-back spot which was left wide open in the setup of the opening goal

Man of the Match: Johnny Russell played the hero for SKC at home, showing off his abilities in the box to score the winning goal against RSL. The Scottish international has found it tough to score in the early going in 2022 but delivered when needed on Saturday.

Moment of the Match: Russell’s goal sparked some energy into Children’s Mercy Park, sending the SKC fans home happy. It was a needed performance from SKC to avoid a three-match winless run in the early stages of the new campaign.

Match to Forget: Although Tate Schmitt delivered some promising moments for RSL, the defender failed to clear Russell’s pass before the eventual breakthrough goal. Schmitt was beaten by Russell in the box and watched as the veteran forward slotted home.

Man of the Match: Paredes drew and executed the penalty needed to salvage the 10-man Timbers a home point.

Moment of the Match: Crafty veteran Alexandre Pato got Timbers defender Josh Van Rankanin to take the bait and earn a second yellow in the 76th minute. But Portland did not buckle. In fact, the Timbers upped the pace and looked dominant to close out the game.

Match to Forget: When you give up the penalty that leads to an equalizer, you’ll get a fair amount of blame. Had Andrés Perea been able to avoid giving it up, we would be talking about a two-game winning streak for Orlando.