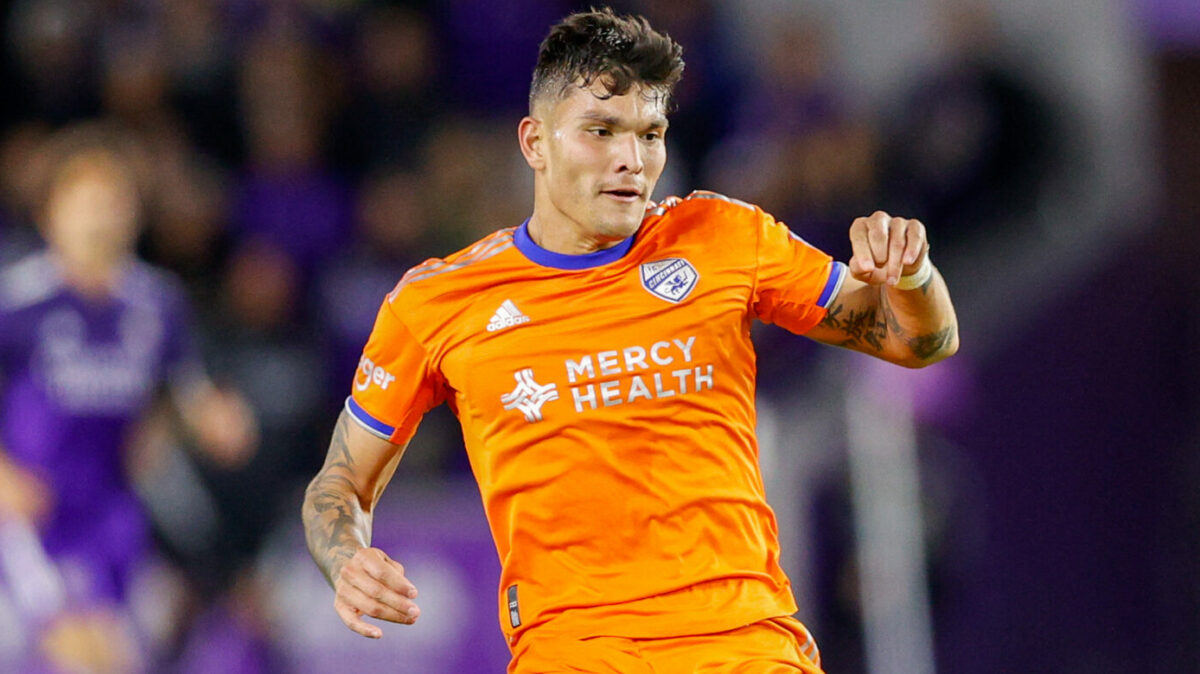 The international break has stalled club soccer around the world, but MLS continues with a slim Week 5 schedule this weekend.

Two unexpectedly interesting clubs enter an exciting matchup in Charlotte, North Carolina. Charlotte FC comes off its first victory in club history to face FC Cincinnati, which is red-hot behind the scoring of Brandon Vazquez.

A rivalry continues with Sporting Kansas City taking on Real Salt Lake. Real Salt Lake defeated Sporting KC at the end of the 2021 regular season to narrowly make the playoffs, then Bobby Wood scored late in the Western Conference Semifinal in Kansas City to end Sporting KC’s season. The return to Children’s Mercy Park should contain plenty of drama and motivation for both teams.

A cross-conference battle sees the Portland Timbers hosting Orlando City. The Timbers have not had much success attacking, but a return home to Providence Park could change things.

Here is a look ahead to three MLS matchups this weekend.

This matchup looked like a clash between two of the worst clubs in the league a few weeks ago. But now, both teams have shown extremely promising signs and it sets up a fascinating match at Bank of America Stadium in Charlotte.

Real Salt Lake continues to defy odds, carrying a three-game winning streak into this matchup despite several depleting injuries. Sporting Kansas City is off to a rough start to 2022, with many absences and only three points in the past four games.

The lineup each team chooses for this match will be interesting. Sporting KC’s attacking trio of Daniel Salloi, Johnny Russell and Khiry Shelton have nursed injuries this week, but all three returned to full training. Starting left back Logan Ndenbe and a standout newcomer at winger Marinos Tzionis will miss out because of international duty. Midfielder Uri Rosell may be able to go after missing the last match, and DP central midfielder Gadi Kinda remains out.

As for RSL, forward Rubio Rubin is set to return but several key players remain out. David Ochoa has yet to play in 2022 as he recovers from an injury. Justen Glad, Aaron Herrera and Damir Kreilach will likely miss this match.

Facundo Torres scored his first goal for Orlando City, as Orlando City defeated the LA Galaxy. Orlando has had mixed results to start 2022, and they move on to face a similar Portland Timbers team.

The Lions have turned in excellent defensive performances so far, with three shutouts. The Timbers have had trouble scoring, having gone three weeks without a multi-goal game. Yimmi Chara has scored two goals this season and will present a challenge out wide for Orlando’s defense to contend with.

Orlando will miss goalkeeper Pedro Gallese due to international duty with Peru. New Zealand international Bill Tuiloma will also not be available for the Timbers.