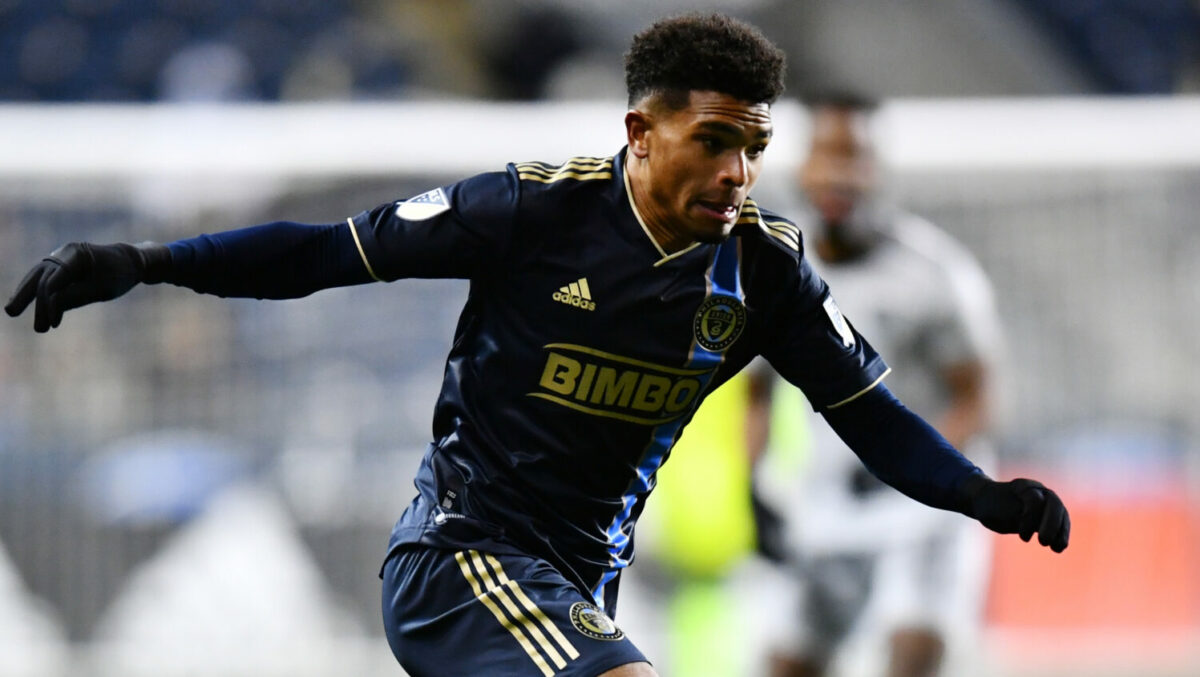 The Philadelphia Union have had many young players make an impact with the first team over recent seasons and one of the newest faces in Jim Curtin’s starting lineup is continuing to solidify his role as a long-term contributor.

Nathan Harriel made his third start of the 2022 MLS season on Saturday, logging 90 minutes in a 2-0 road victory over defending MLS Cup champions New York City FC. Harriel, one of seven current homegrown players in the first team squad, is still new to his role with the Union after only making his debut back in September 2021.

It didn’t stop him though from assisting on the Union’s second goal in Saturday’s win and overall take another promising step forward as an MLS player.

“He’s only been with us for a pretty short time, he’s still a young defender, but the one thing I love about him is how brave he is,” Curtin said about Harriel postmatch. “He always defends forward and never does it in an aggressive way, he comes out on a lot of duels. So if you look today, NYCFC tried to overload his side because he is a young defender, he wins all of his aerials duels, and wins his one-on-ones.

“It was another great performance from Nathan and the thing he has improved on most in the past six months is his ability to join the attack, he’s so fast with the ball. Sometimes he probably forgets that he can poke the ball past a defender and get a cross in because he is that fast. He got the assist today so he will continue to work on that. I think there is another level he can get to and we want him to be impactful in attack, but overall he is a damn good defender.”

Harriel has quickly become a regular in Curtin’s starting lineup, stepping in for Olivier Mbaizo and starting in three of the four matches this season. The 20-year-old has not shied away from competition in the Union squad, which has carried over to helping the Eastern Conference club pick up victories against CF Montreal, San Jose Earthquakes, and NYCFC in recent weeks.

Saturday’s outing at Yankee Stadium was just the latest example of Harriel’s continued work on both sides of the field, as he registered his first assist of 2022 and helped neutralize an NYCFC attack of Valentin Castellanos, Talles Magno, and Maxi Moralez. He registered five interceptions and made three recoveries, while also showing off his dangerous ability to deliver crosses into the box.

Harriel now has 10 MLS appearances under his belt over the past seven months and will hope to add to that total once the Union returns to action on April 2. A former U.S. Under-20 national team player, Harriel’s impressive start to 2022 will also boost his confidence to be in the running for involvement with the USMNT U-23’s later this year.

“I’m just very impressed with how far he has come along, like many of the other homegrowns that want to learn and listen,” Union captain and midfielder Alejandro Bedoya said. “He’s always trying to get better and I thought his preseason was very important for him. He stepped in when Olivier was away on international duty and got his reps with the first team throughout preseason. He’s grown so much in his role, with his confidence and both as an offensive and defensive player.

“He’s contuing to work to be a better passer,” Bedoya added. “I’m really happy and proud of him for the steps he’s taking forward. He’s given Olivier a run for his money and it’s good for a team like this because you want guys who want to compete. I’m happy for Nathan and hopefully he keeps going.”

Harriel and the Union currently lead the East with 10 points earned through four matches and will face Charlotte FC and the Columbus Crew in their next two home matches.