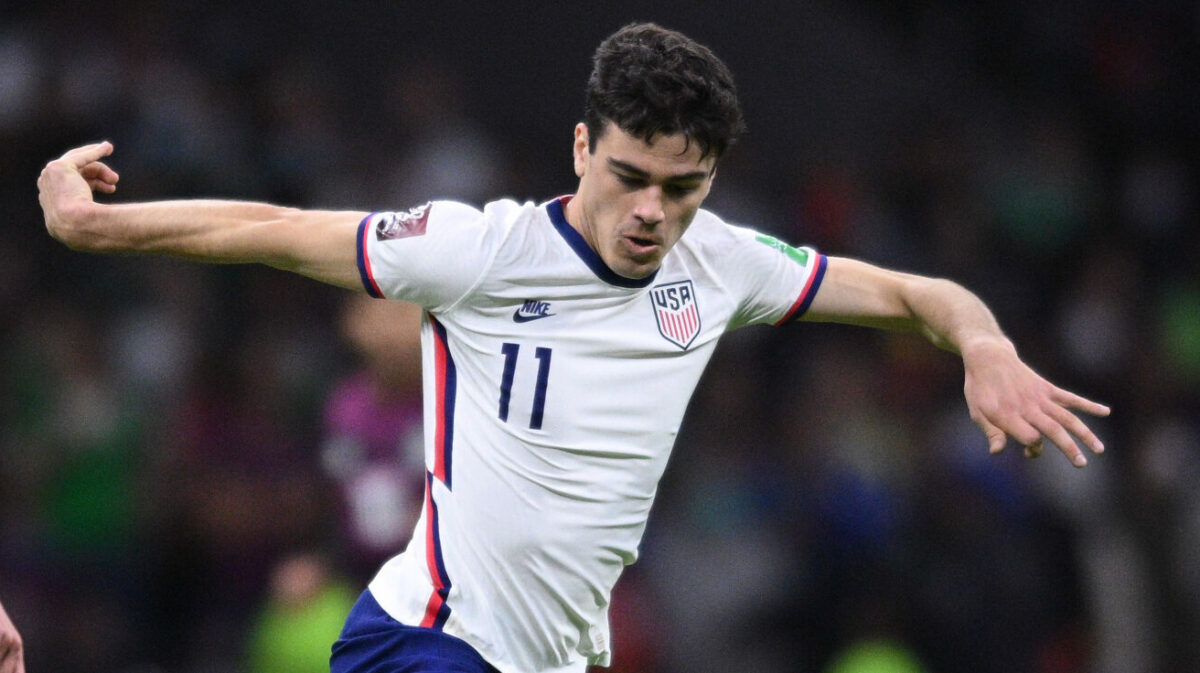 The U.S. men’s national team welcomed back the playmaking abilities of Gio Reyna on Thursday night and the Borussia Dortmund attacker did not disappoint in a 30-minute outing off of the bench.

Reyna made his first qualifying appearance since September 2021, showing positive moments in a 0-0 draw with Mexico at Estadio Azteca. The 19-year-old earned SBI Man of the Match honors, edging Miles Robinson, Kellyn Acosta, and Tim Weah to the recognition.

The USMNT turned to Reyna to help spark a surge offensively and the youngster came close to setting up the winning goal. Reyna’s control in the box helped him set up Jordan Pefok for a point-blank opportunity, however the substitute striker missed from inside of the box.

Reyna continued to pester the Mexico midfield and backline, picking up possession in midfield and taking on players at will. His best moment came in the 77th minute where Reyna picked up possession within his own defensive third before racing upfield and dancing around several Mexico players.

With Tim Weah suspended for Sunday’s home match vs. Panama, Gregg Berhalter will feel confident in Reyna’s availability after his impressive outing on Thursday night. Miles Robinson also impressed against Mexico, overcoming an early yellow card and keeping Raul Jimenez in check for most of the night.

Kellyn Acosta worked tirelessly in midfield for the USMNT, covering a lot of ground and helping keep Mexico’s playmaking midfielders from having an impact. Tim Weah was creative in the final third, connecting with Christian Pulisic for a shot on goal in the first half and constantly putting Mexico left back Gerardo Arteaga under pressure.

What did you think of Reyna’s performance? Who else impressed you in Thursday’s draw?