Slonina, Velasco and Magno among Best MLS Youngsters in Week 3 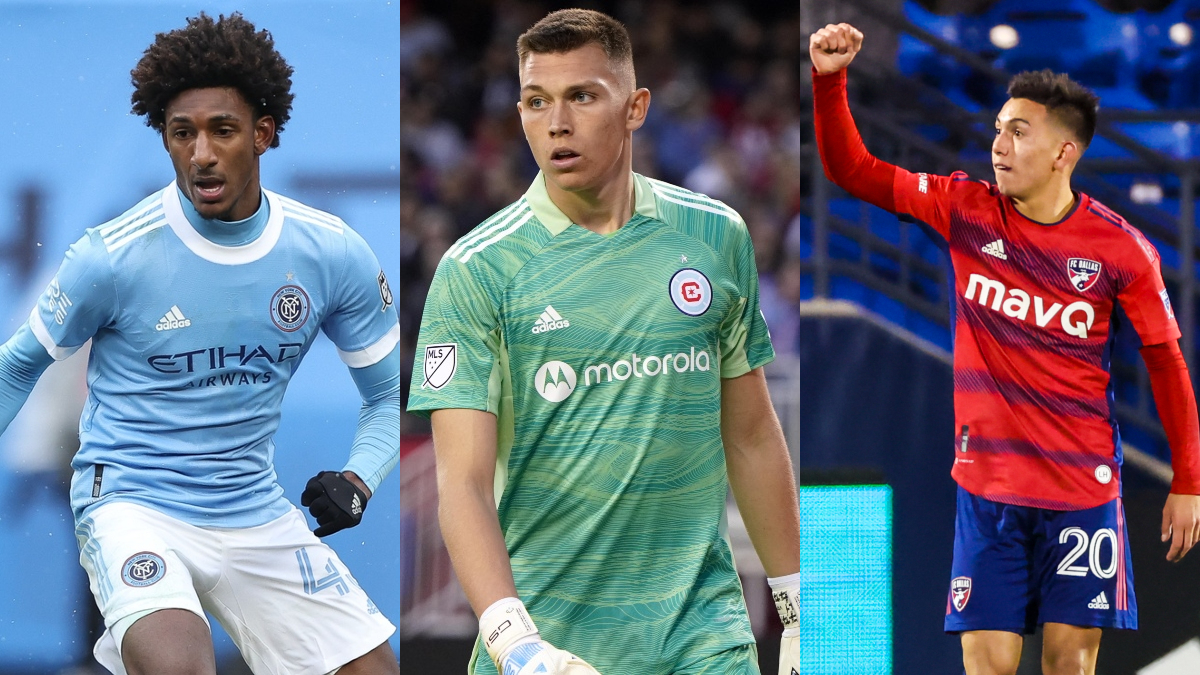 The Chicago Fire earned their first victory under Ezra Hendrickson as Slonina continued to impress in between the posts. Slonina made five saves to register his third clean sheet of 2022, proving that he can deliver under the bright lights in MLS.

Talles Magno registered his first goal and assist of the new league season, helping New York City FC rebound from back-to-back winless results. The 19-year-old has continued to rack up minutes for the defending MLS Cup champions after helping Ronny Deila’s side down the stretch in 2021.

Alan Velasco, Nathan Harriel, and Ben Bender also shined this past weekend as all three of their clubs waked away with an important three points.

Here is a closer look at top performances from young players (players born in 2001 or later) in Week 3 of MLS:

The Chicago Fire have the youngest starting goalkeeper in MLS, but it hasn’t phased Gabriel Slonina in the early going of 2022.

Slonina made five saves on Saturday as the Fire defeated D.C. United 2-0 at Audi Field. The 17-year-old continued to blossom for the Eastern Conference club, registering his third clean sheet of the new season and proving he can come up clutch in the big moments. All five of Slonina’s saves came in the opening 45 minutes while he became more of a spectator after halftime.

Slonina continues to push on the door of the U.S. men’s national team and Saturday’s latest performance is another example why.

New York City FC earned its first league win of 2022 on Saturday and Talles Magno was at the forefront of a dominant day for the defending MLS Cup winners.

Magno scored his first league goal of the new season and also assisted once in a 4-1 triumph over CF Montreal. Magno’s headed pass in the seventh minute allowed Alexander Callens to break the deadlock at Yankee Stadium in what ended up being a strong performance from Ronny Deila’s side.

Not long after CF Montreal cut the deficit to 2-1, Magno delivered the final nail in the coffin. His close-range header off of a Andres Jasson cross re-extended NYCFC’s two-goal advantage. Magno also finished the match with the most dribbles (4) and drew the most fouls (3).

The 20-year-old defender won the most duels (12) in a 2-0 victory over the San Jose Earthquakes and also had the most tackles (5). Harriel continued to get the nod over last season’s starter Olivier Mbaizo and did not look out of place. Paired with the rest of the Union backline, Harriel helped the Union hold the Earthquakes to only one shot on goal in the victory.

Harriel should remain the starter as the Union aim for a third-consecutive victory this weekend.

The 19-year-old came off of the bench and iced a first win for Nico Estevez’s side, sending a pass from Brandon Servania into the top corner of Joe Willis’ goal. Velasco also completed one tackle and one dribble in his 23-minute outing, but ultimately will have confidence heading into a tougher showdown on Saturday against the Portland Timbers.

A last-minute loss to Atlanta United surely stung a Charlotte FC side that was on the verge of its first MLS point. but the defeat couldn’t take the shine away from a very promising performance from young midfielder Ben Bender, who assisted once in the 2-1 loss to the Five Stripes,

The 21-year-old midfielder won five of six duels, to go along with two dribbles and an 85% passing completion rate.

What did you think of these performances? Which youngster impressed you the most in MLS Week 3?