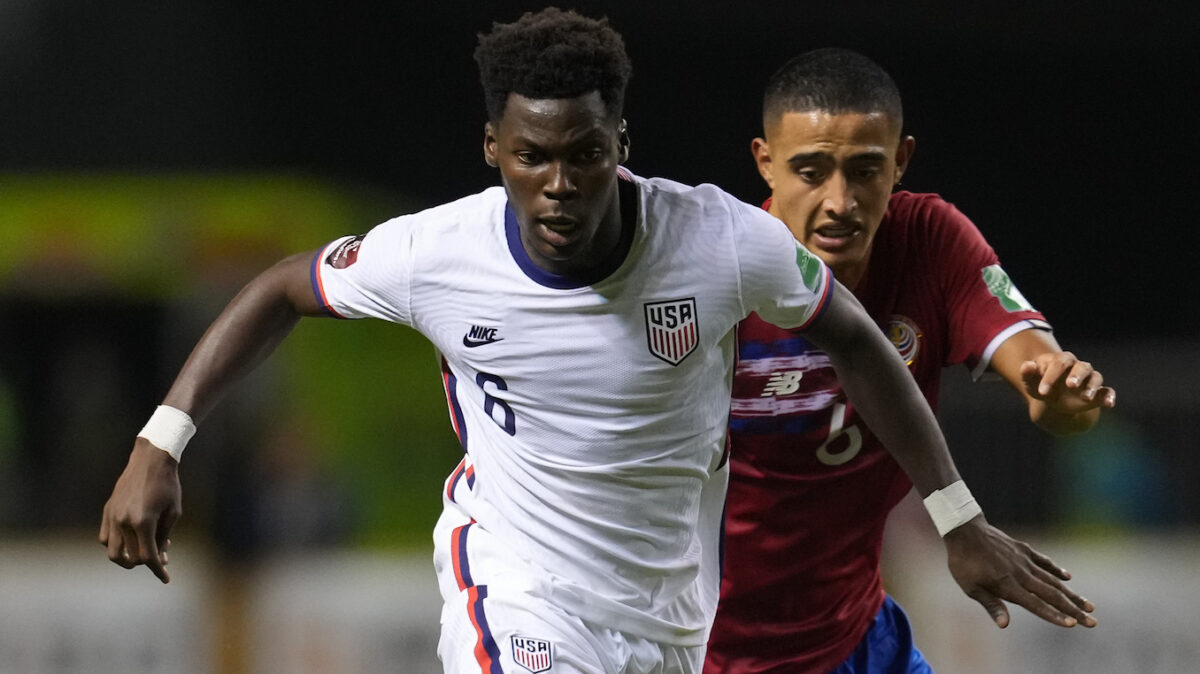 Four and a half years after an excruciating result in Trinidad and Tobago, the U.S. men’s national team has arrived back into the 2022 World Cup. Though the squad lost in Costa Rica Wednesday night, it held off Costa Rica on goal differential to complete the qualifying cycle with third-place finish and automatic berth to Qatar.

Gregg Berhalter’s side fell 2-0 in San Jose on Wednesday night, but will join Canada and Mexico as the three automatic qualified Concacaf nations in this year’s World Cup Finals. It was only the third defeat for the Americans in the octagonal round through 14 matches played in this cycle.

The USMNT created the better of the opportunities in the first half, but Ticos goalkeeper Keylor Navas kept his side level through the opening half. Miles Robinson’s hard-driven shot was denied by Navas in the ninth minute before the Paris Saint-Germain goalkeeper repelled Ricardo Pepi’s effort at the near post in 13th minute.

Robinson came close to breaking the deadlock in the 48th minute, but his header off of a corner kick was also saved by Navas. Walker Zimmerman’s follow-up chance was blasted over the crossbar.

Despite making seven roster changes from Sunday’s 2-1 win over El Salvador, Costa Rica struck first in the 52nd minute. Juan Pablo Vargas headed home a corner kick from Brandon Aguilera, getting past Kellyn Acosta and in front of Zimmerman to nod past Zack Steffen.

The Ticos doubled their lead in the 60th minute as Anthony Contreras pounced in the box to slam home a cross from Jewison Bennette. Bennette’s cross from the left wing snuck between Miles and Antonee Robinson, allowing Contreras to slot home.

Navas finished with six saves before being replaced by Esteban Alvarado in the 79th minute, receiving a loud ovation from the home fans at Estadio Nacional.

The USMNT will now wait for Friday’s World Cup draw in Qatar to learn who it will face in November’s group stage.