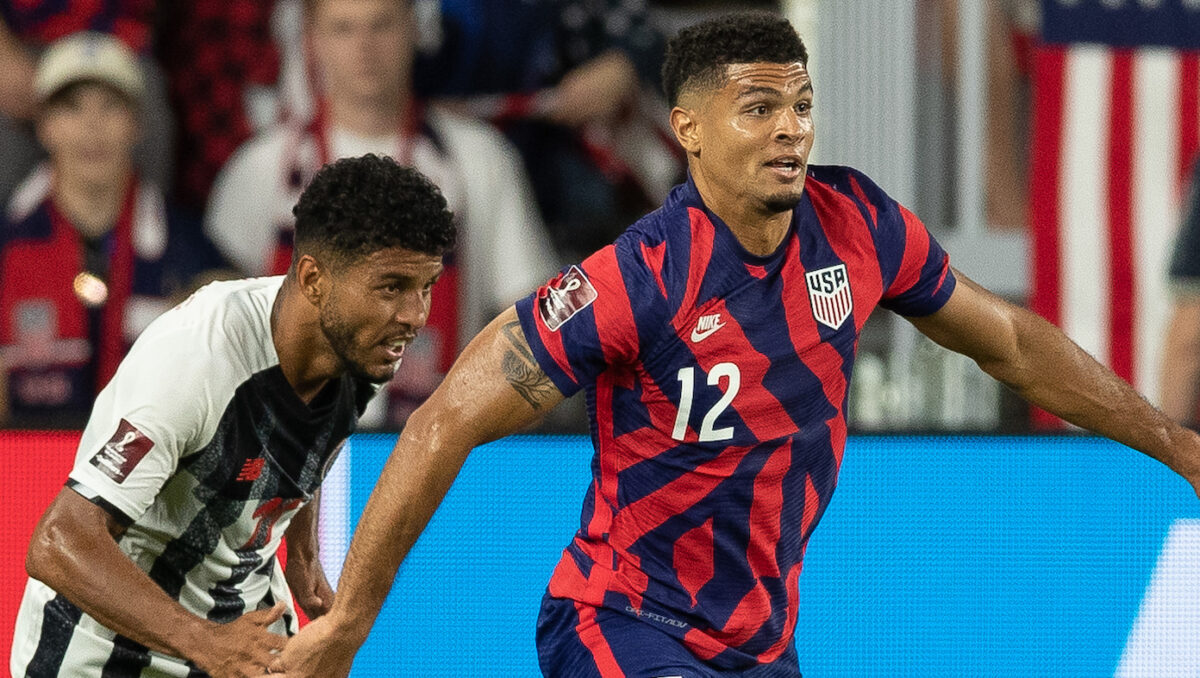 The U.S. men’s national team has all but guaranteed a spot into the 2022 FIFA World Cup and although that spot isn’t 100% clinched yet, Gregg Berhalter’s side remains focused in claiming three points against Costa Rica on Wednesday night.

The Americans are 0-9-2 all-time in World Cup Qualifying matches away at Costa Rica, but will be fighting to earn a first win in San Jose. Following a 5-1 thrashing of Panama on Sunday, the USMNT just needs to avoid a five-goal loss to the Ticos in order to automatically qualify for a spot in Qatar this fall.

While that margin for error might lead some to think the USMNT to go into Wednesday’s match playing it safe, the Americans are intent on closing out the Octagonal with a victory, and a piece of history as the first U.S. team to win in Costa Rica.

“We’re not taking anything for granted, as simple as that,” USMNT coach Gregg Berhalter said. “We’re coming here to be aggressive in the game, and to win the soccer game. That’s our intention. We’re not going to be cautious. We’re not going to sit back, we’re not going to play for a tie. We’re playing for a win. And I think that’s the mentality you need.

“It would be strange now after 13 rounds to differ in your last game, and we know we’re 90 minutes away from a potential berth in the World Cup, but it’s now it’s not time to take your foot off the gas.”

“We’re in a position right now where history sort of speaks where we can come to Costa Rica and get the first win in the qualification process for the national team,” midfielder Tyler Adams said Tuesday. “So, for us it’s, again, putting a checkmark next to something that no other team has done.

“We’ve had this game-by-game mentality and some of the stipulations come with it that we can be one of the first teams to do this and have that accomplishment.”

The USMNT needed to fight back from an early deficit against Costa Rica in its first meeting back in October to earn a 2-1 victory in Columbus, Ohio. Keysher Fuller’s first-minute opener was cancelled out by Sergino Dest’s rocket finish before substitute Ticos goalkeeper Leonel Moreira conceded an own goal in the second half, which proved to be the winner.

Costa Rica has been one of the top teams in Concacaf since its road loss in the United States, registering a 5-2-1 record and putting itself in good position to qualify at worst for a spot in the intercontinental playoff. Head coach Luis Fernando Suarez has nine players on yellow cards though and if any of them receive a booking against the USMNT, they would be suspended for the Ticos’ playoff against either the Solomon Islands or New Zealand.

The USMNT isn’t expecting many changes though from Costa Rica, knowing the hosts will be pushing to win in front of its home support.

“It’s not going to change by tomorrow, but it’s a dumb rule,” Berhalter said about the yellow card/suspension rule. “We go 14 rounds and if a guy gets a yellow in first round the 14th round, they sit out the biggest game? It doesn’t make sense and I feel for either us or Costa Rica, who will have to deal with that.

Berhalter may also be forced into changes of his own due to a mixture of reasons within the USMNT squad. Right back Reggie Cannon is back with the team following his quarantine period in Mexico after a positive COVID-19 test, but has not featured in either match during the March window. Tim Weah and DeAndre Yedlin are both back available following their one-match suspensions and should be pushing to play in San Jose.

Gio Reyna and Ethan Horvath have both dealt with an ongoing stomach virus issue within the team, with Reyna playing only 45 minutes off of the bench in Sunday’s victory. Christian Pulisic and Tyler Adams are two of seven players who have started in both of the matches in this window, and will be expected to start on Wednesday to close out the Octagonal with a victory.

“One of the concerns we have with Gio is the stomach virus’ effect and how it’s continued to affect him,” Berhalter said. “It was a tough time for him and he wasn’t able to hold the antibiotics down and we still weren’t sure about him. He is a guy that is going to be a major piece in the long-term for this program so I’m not too concerned about tomorrow or classifying anything.”

“We know it’s not going to be easy,” Yedlin said. “It’s not like we can just step on the field and get the points and qualify, it’s going to take the same effort from the other matches to get to where we want to be. I think we’ve shown the effort over the last few days and hopefully we’re going to show that same effort and the headline is us going to the World Cup.”