USMNT has chance to make history, and also move closer to World Cup with first qualifying win in Mexico 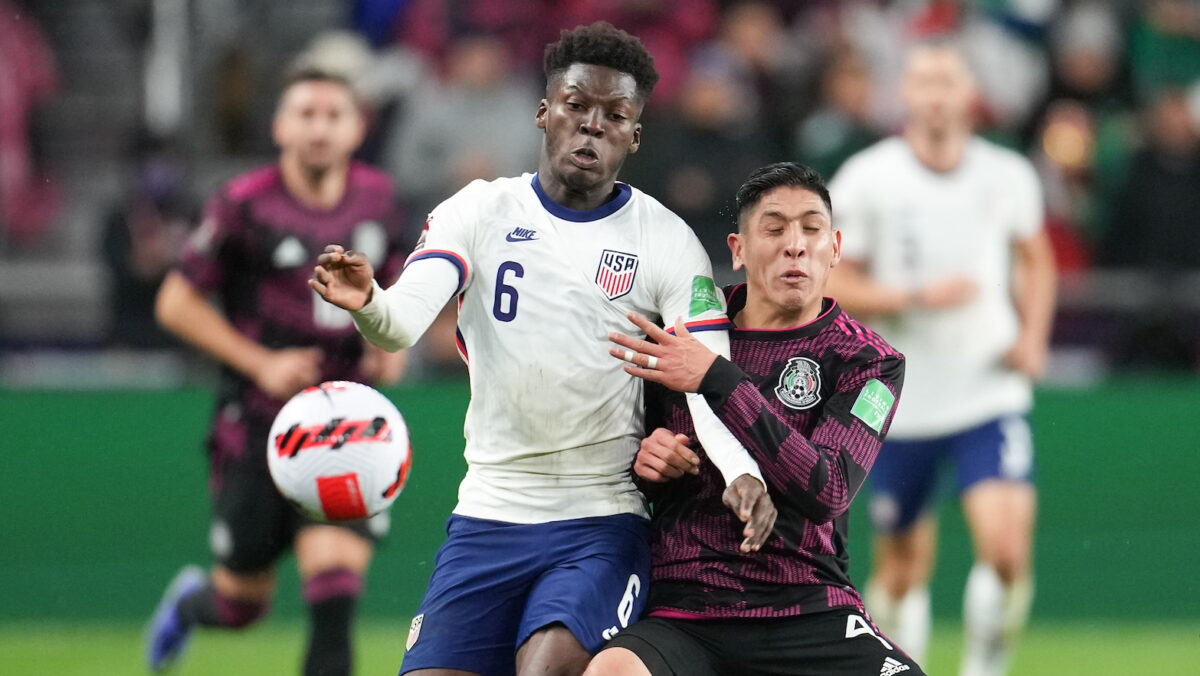 Playing Mexico carries its own significance every time the U.S. men’s national team faces its arch-rival, but throw in the added incentive of World Cup qualification and you get the perfect formula for a match for the ages.

The USMNT visits Mexico for the first of three final qualifiers in this octagonal round, knowing a a win would draw the Americans to the brink of qualifying for the World Cup. Key players such as Sergino Dest, Weston McKennie, and Brenden Aaronson are all out for the Americans due to injuries, but plenty of star faces return for the USMNT, which is looking for a fourth straight victory over Mexico in a 10-month span.

“It would mean a lot to win in Mexico as the rivalry between us has continued to grow,” USMNT midfielder Tyler Adams said. “There’s an importance to every single time you step on the field to face Mexico. I think for us we don’t want to get caught up in records or as a player want to get caught up in this possibly being the first time we could beat them at Azteca. It’s just the feeling you have when you can beat or win a rivalry game is amazing.

“For us to go down there and take care of business would be very important for the group,” Adams said. “It would be important for our confidence, and it would show the strength of the group to be able to win an away game in a hard qualifying cycle.”

The USMNT is currently in second place in the Octagonal standings behind Canada, holding the tiebreaker advantage against Mexico despite the rivals both having 21 points in the race to qualify for the 2022 World Cup. A victory would push the Americans to the brink of qualifying, and could set up an automatic qualification on Thursday night if Panama loses to Honduras and Costa Rica fails to beat Canada.

A 2-0 home victory in Cincinnati back in October for the Americans continued what has been an impressive run of form against El Tri over the past year, the three victories over the past year in the rivalry all came in matches on U.S. soil.

Winning in Mexico is another story, and Thursday will mark a new experience for a large part of the USMNT. Only five of the current 26 players on Berhalter’s roster have played in a road qualifying match at Estadio Azteca, including Christian Pulisic, Kellyn Acosta, and Paul Arriola. Young stars such as Gio Reyna, Yunus Musah, and Tyler Adams will all get their first chance to experience the rivalry on the road.

“I know it’s going to be an amazing place to play, but also a very tough place for us play,” Reyna said in a conference call Tuesday. “Of course they’re a quality team and they are used to this stadium, but I think it’s the same opportunity for both teams in the end. We’ve been preparing for it and we are ready for the altitude too, we have played in Colorado so that has given us some experience for that.

“It’s never going to be easy to play against them, but I think it will be a special moment for a lot of us,” Reyna added. “It was special the first time I scored against them. I’m not really thinking I have to score or assist, I’m just going to go out there and play for the team. If I score great, if I don’t and we still win, that’s great too. I’m focused on us getting three points.”

Although several key players are unavailable, the USMNT still has plenty of top talent to call on against El Tri. Pulisic, Musah, and Adams headline the possible starters, while in-form forwards Jesus Ferreira and Jordan Pefok will also be pushing to start after excelling recently at club level.

Goalkeeper Matt Turner is also out of action due to injury, leaving Berhalter with the tough decision on who to start in goal. Zack Steffen is coming off his first appearance for Manchester City in over one month while Ethan Horvath and Sean Johnson have played regularly for their clubs in recent matches. Berhalter may have plenty of tough decisions to make, but remains confident in all 26 players to perform at a high level.

“We have a plan for the game and now it’s about our guys going out and executing,” Berhalter said Wednesday. “The competition level in the group is very high and everyone wants to be out there because they know how important a game against Mexico, especially this one is. We want to win all three games here and we’re going to put a team on the field in Mexico that wants to win the game.”

Mexico comes into Thursday’s match unbeaten in its last three qualifiers after suffering back-to-back losses to the USMNT and Canada respectively in November. Victories over Jamaica and Panama helped ease some of the pressure on head coach Tata Martino this winter and has El Tri four points clear of fourth-place Panama for the final automatic qualification spot.

El Tri holds a 6-0-3 record in World Cup Qualifying matches against the USMNT at Estadio Azteca and 9-1-2 overall home record against the Americans. The USMNT is staying focused to its plan and although it has won in the last three head-to-head meetings, isn’t expecting an easy time on its first trip to Mexico since 2017.

“I think it’s just an evolution when you look at our team,” Berhalter said. “In those three wins against Mexico you almost see growth in those games, culminating in the last one in November where the guys were confident going into it. I do think it adds some confidence, but we know it’s going to be a challenge. Our record here is horrendous, the odds are against us, that’s just how it is.”

“The confidence from those wins has something to do with it, but I think we’re just a more confident group of guys,” Pulisic said. “I think our team understands the quality we have and we believe that we can come down here and play for a result.”