Who will, and who should start for the USMNT vs. Mexico? 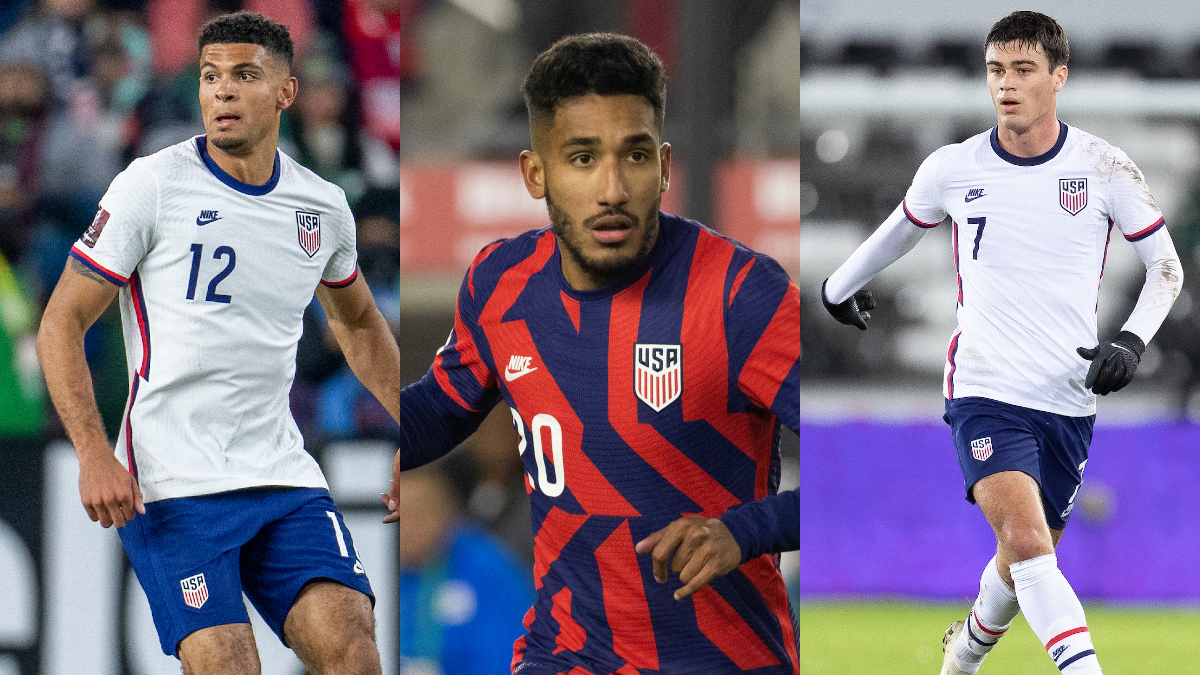 The injury bug has hit the U.S. men’s national team hard heading into the March World Cup qualifiers, but that doesn’t mean Gregg Berhalter doesn’t still have options and tough lineup decisions to make heading into Thursday’s showdown versus Mexico.

There are question marks at multiple positions, in part because of the absences of key regulars Weston McKennie, Sergiño Dest and Brenden Aaronson, who would all be expected to start at the Estadio Azteca if they were available.

The good news for the USMNT is that that the current player pool is the deepest in the program’s history, and while that doesn’t mean there is another McKennie or Dest sitting around waiting to jump into the lineup, there are some viable candidates to step in and fill those considerable voids.

Not all the tough decisions are injury-related ones. The striker role continues to be a wide-open one, with no clear-cut unquestioned starter at the position. Ricardo Pepi has gone ice cold and no longer looks like the lock starter he was in the Fall.

Central defender is also a question, with Aaron Long back in the mix and Miles Robinson having endured a recent difficult stretch of form.

There is also the question of players on yellow cards, and whether Berhalter might consider sitting some players to have them available for the crucial home match against Panama.

With all that in mind, here is a look at the lineup we could see the USMNT deploy against Mexico on Thursday, and the lineup SBI would like to see:

Who should start: Zack Steffen

With Matt Turner injured, and Steffen back in action, this is an easy call, though Ethan Horvath’s recent run as a starter for Nottingham Forest has propelled him into the category of viable option.

The locks in this group are Walker Zimmerman and Antonee Robinson, who have both been outstanding during the Octagonal.

At right back, DeAndre Yedlin and Reggie Cannon are both experienced and have both faced Mexico in big matches. Yedlin brings a bit more attacking quality while Cannon is arguably the better defender of the two.

At centerback, Aaron Long has worked his way back from the torn Achilles that sidelined him for the second half of 2021, and he returns just as Miles Robinson has hit his first real stretch of below-average form. Neither has experience at Azteca, but both have faced Mexico in big matches (Long in the 2019 Gold Cup final and Robinson in the 2021 Gold Cup final and the November qualifer).

Will Gregg Berhalter play it safe or will he gamble and bet on one of his biggest talents being able to deliver after an extended layoff? That’s the question for Berhalter as he ponders whether to go with the expected midfielder trio of Adams, Acosta and Musah or deploy Gio Reyna in a bid to take the game to El Tri.

Starting Reyna after his long injury layoff might seem crazy, but he is just coming off his first 90-minute starting shift since returning from his long absence, so the match fitness is there. The question then becomes whether the USMNT might not be better off saving Reyna for the all-important qualifier in Orlando against Panama.

The case for starting Acosta is a good one. He is one of the players on the roster who has started aa qualifier in Azteca, so he knows what to expect, and he has played Mexico enough times by now to be fully aware of what is needed. Acosta also brings an edge and toughness that the USMNT will need.

Could Berhalter consider a Gianluca Busio or Luca De La Torre? Not over Acosta at the moment, and given the physical impact expected from playing a match at altitude, there is a good chance one or two midfield starters against Mexico won’t start against Panama, which would open the door for a Busio or De La Torre for the second March qualifier.

There is also the fact Tyler Adams is on a yellow card and could pick up a suspension for the Panama match if he draws yellow on Thursday. The short answer is NO, you can’t bench Tyler Adams or save him for Panama. He’s built for games like Thursday’s and Berhalter has to trust his captain to do what needs to be done.

Losing Brendan Aaronson to injury was a big blow, but it does clarify Berhalter’s wing choices, with Pulisic and Weah the clear-cut options. Their presence makes it less of a necessity to rush back Reyna into a wing role (though the appeal of slotting him into a central playmaking role is clear).

The biggest question is at striker, where Ricardo Pepi isn’t scoring, Jordan Pefok is scoring but hasn’t played for the USMNT since September, and Jesus Ferreira is thriving in his new striker role for FC Dallas.

Ferreira is the logical pick given Pepi’s struggles. He impressed in the starting role in January against El Salvador, is coming off a career performaance with a hat-trick for FC Dallas, and perhaaps most importantly, he matches up well against Mexico’s slower and bigger central defenders, who are better-equipped to deal with a Pepi or Pefok.

That being said, Pefok is in outstanding form for Swiss side Young Boys, having scored 10 goals in his past 10 competitive matches for the Swiss champions. Berhalter seemed to pour some cold water on the idea of Pefok starting against Mexico last week when he pointed to how well Pefok matches up with Panama, making him more of a candidate to start the second March qualifier.

And what of Pepi? He hasn’t scored a goal in more than five months, has struggled for minutes since joining Bundesliga side Augsburg, and his confidence was already suffering in the previous fixture window, which is why he only wound up starting one of three qualifiers in January/February.

The storyline of Pepi starting against Mexico at Azteca after choosing the USMNT over playing for El Tri is an appealing one, but the harsh reality is he isn’t in good form and forcing him into the lineup could do more harm than good.