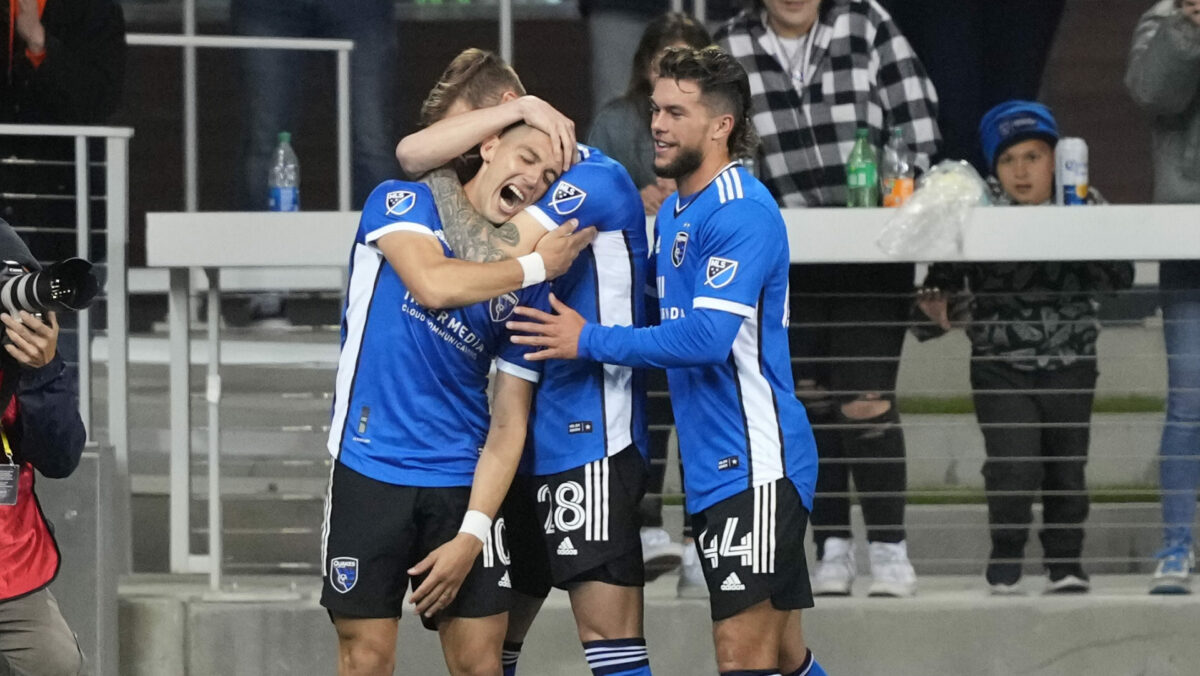 A midseason firing of a club’s coach is a signal that something needs to change — and fast. The summer transfer window is too far away to wait, and the team needs a change in philosophy.

That was the case for both D.C. United and the San Jose Earthquakes this week. Both clubs responded with impressive home wins, with D.C. United taking down the New England Revolutio,n 3-2, after Hernan Losada’s somewhat surprising ousting. The Earthquakes completed an incredible comeback against the Seattle Sounders after ending the Matias Almeyda project earlier this week.

The club may have found a new star in forward Taxiarchis Fountas. Fountas, a newcomer for 2022, scored with an excellent volley in the 26th minute, then added another goal just before halftime. Fountas made his second appearance of the season.

DCU’s decision to part ways with Losada came after a productive offseason in which the club added a DP in Michael Estrada and sold Kevin Paredes to Wolfsburg. However, Losada had publicly commented that the club needed to invest more and add a third DP. Poor league standing led general manager Lucy Rushton to comment, “We have a very good group of players, and I think we haven’t been getting the best out of them.”

On the other coast, the San Jose Earthquakes showed every sign of sinking to a loss to the Seattle Sounders. Then, Cristian Espinoza grabbed the initiative and led the Quakes to one of the best comebacks in MLS this year.

The 4-3 win with a three-goal comeback is San Jose’s first win of the season.

Espinoza scored in the 64th minute to bring the Quakes to a 3-2 deficit. Jackson Yueill struck again just one minute later, setting the table for the Quakes to chase a winner. As stoppage time began, the Sounders committed a foul in the box on a corner kick and allowed Espinoza to bag the winner from the penalty spot.

Interim coach Alex Covelo, previously the manager of the Quakes’ MLS NEXT Pro squad, stepped in and made some changes, playing Jackson Yueill in a slightly more advanced role in a 4-1-4-1 formation. Almeyda had opted for a 4-2-3-1 setup with Yuiell and Jan Gregus in central midfield.

Matias Almeyda lasted a little over three seasons in San Jose, and those years have been tumultuous. His much-maligned man-marking defensive system persisted, despite poor defensive form throughout his tenure. The Quakes hired Almeyda seeking to recover from the club’s worst MLS finish in its history.

The comeback on display by the Earthquakes brought back some memories of a successful period in the club’s history.

““It was unbelievable. I can’t describe it,” Covelo said. “I have been here since 2017 and it’s amazing how much energy the fans provide to the club. Always. That’s why I learned one sentence when I first came here, a friend of mine told me: Goonies Never Say Die. So, here we are.”