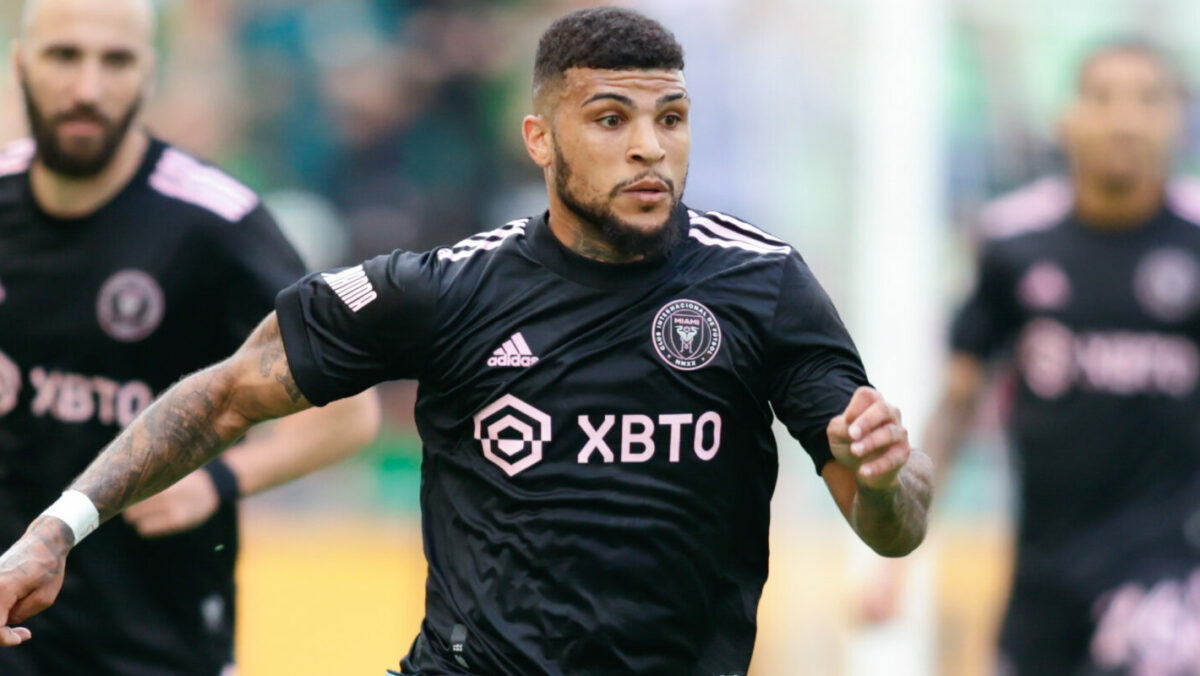 For the first time in over seven years, DeAndre Yedlin will be suiting up for an MLS match involving his former club, the Seattle Sounders, and although Inter Miami will be pushing for a second-straight league win of the new season, Yedlin is just as excited to be back in Seattle.

Yedlin, a former Sounders homegrown player, is preparing for Saturday’s showdown at Lumen Field, which will mark the first competitive match in the Washington-area for the veteran right back since December 2014. The 28-year-old has played in 190 club matches across time in England and Turkey before moving back to MLS with Inter Miami this February, providing a veteran presence to Phil Neville’s squad.

Saturday’s match in Seattle will be an emotional night for Yedlin, but also one he is excited to play a role in.

Yedlin’s first two seasons as a professional player came with the Sounders from 2013-14, totaling 69 appearances across league, U.S. Open Cup, and Concacaf Champions League play. The former University of Akron player impressed in his early days with the Sounders, eventually earning himself a transfer to English Premier League side Tottenham.

Yedlin struggled to get into the Tottenham first team, but didn’t let that stand in his way of making it in England. After a loan spell at Sunderland, the bulk of Yedlin’s European career came at Newcastle United, where he not only featured in the Premier League, but also helped the Magpies earn promotion back to the top-flight from the Championship in 2016-17.

Yedlin’s early time at Inter Miami hasn’t gone as planned with the Eastern Conference club sitting dead last in the 14-team conference. A trip to the in-form Sounders won’t be easy either for Yedlin and his Inter Miami teammates, but the veteran knows what to expect from Brian Schmetzer and his squad.

“One thing I know about them and it’s been true throughout all the years and is that they’re a very honest team,” Yedlin said. “It’s a team full of workers, then you add the talent that they have and it makes them a very, very good team. That’s why they’re challenging for titles every year. It’ll be a difficult game, especially playing away and playing on turf.”

Luckily for Inter Miami, it is coming into Saturday’s interconference showdown on better form after claiming a 3-2 home win over the defending Supporters’ Shield winners, New England Revolution. Leonardo Campana played the hero with his first-career MLS hat trick as the Herons delivered their first multi-goal performance of the 2022 campaign.

After snapping a four-match losing streak in front of the home supporters, Inter Miami should have increased confidence heading into a first-ever meeting with the Sounders.

“That was really important for this group, but it’s also a situation where you go to keep your lows high and your highs low,” Yedlin said. “We don’t want to get too up on this because we do still have to realize what position we’re in in the table.”

A victory over the Sounders paired with other results this weekend could see Inter Miami finish Matchday 7 as high as ninth in the Eastern Conference. However, the Sounders are riding a seven-match unbeaten run across all competitions, and will still be riding a wave of energy after clinching their berth into the CCL Final later this spring.