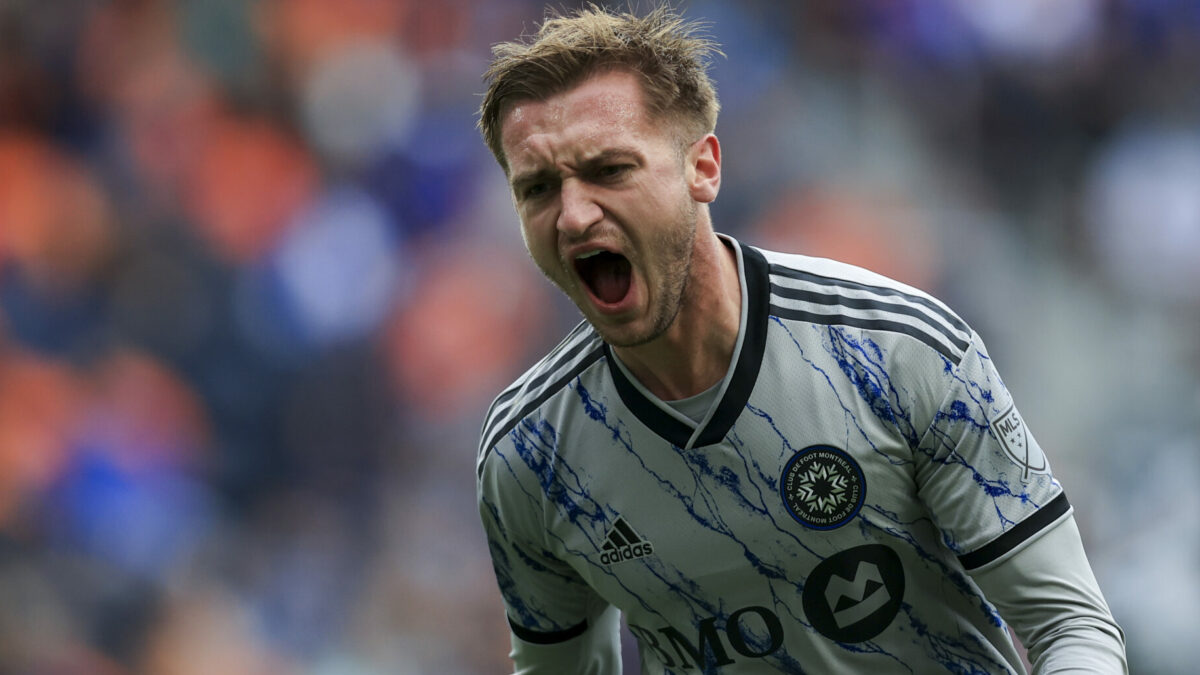 CF Montreal earned its first win of 2022 thanks to two goals from Mihailovic. The Sounders are arguably the best-performing team in the league now that their stacked midfield is starting to build chemistry and forge out results. LAFC continues to succeed under first-year coach Steve Cherundolo.

Many of the top scorers out the gate in MLS continued their hot starts to the season. Chicharito carried the LA Galaxy past the Portland Timbers 3-1. Austin FC’s Sebastian Driussi scored his fourth goal of the season, and Philadelphia Union forward Daniel Gazdag scored in his fourth straight game. Brandon Vazquez scored his fifth goal in a FC Cincinnati loss to land atop the Golden Boot standings.

Look back on the top MLS moments in Week 6.

Djordje Mihailovic scored the first brace of his career with two first-half goals against FC Cincinnati. Mihailovic’s shift on Saturday showed the potential for CF Montreal, despite the fact the club is struggling in the Eastern Conference with only four points. Saturday’s win was the first of the season for the Canadian club.

Mihailovic dribbled past two defenders to score the first goal, then connected with a first-time shot at the edge of the box to score his second goal. Mihailovic already has three MLS goals and two assists so far in 2022. He’s picked up right where he left off after leading the league in assists in 2021.

Honorable mention for Player of the Week must go to Fafa Picault, Javier “Chicharito” Hernandez and Joao Paulo. Picault scored twice for the Houston Dynamo in a 3-1 win over Inter Miami. Hernandez scored a brace, too, in a Sunday win over the Timbers. Paulo scored this week’s top goal and bossed the middle of the pitch in another Sounders victory.

Steve Cherundolo came into the 2022 season with no top-flight head coaching experience and took over an LAFC team in transition after the Bob Bradley era ran its course.

After this weekend, LAFC is No. 1 in the Western Conference. The club routed Orlando City, scoring four goals on the road. Orlando City hung around, equalizing the match twice and carrying a 2-2 scoreline into halftime. Ilie Sanchez, a new free-agent arrival from Sporting KC who has excelled in LA, cleaned up a recycled ball at the top of the box to score the go-ahead goal in the 51st minute.

LAFC is getting the job done with a multitude of threats across the field. Ryan Hollingshead, another new signing, is performing well at right back. Carlos Vela has four goals through five matches and 21-year-old Brian Rodriquez continues to prove he’s one of the top young players in the league.

Honorable mention for top team this week has to go to the New York Red Bulls for going up to Gillette Stadium and earning three points in a 1-0 win over the New England Revolution. As much as the Revs might not be at their Supporters’ Shield-winning best yet, a win in New England is still a major feather in Gerhard Struber’s cap.

Nashville SC grinded out another win on the road against the Columbus Crew, also earning consideration for Team of the Week. The Vancouver Whitecaps excelled against Sporting KC, with Ryan Raposo scoring the game’s only goal. Toronto FC surprised New York City FC with a 2-1 win at BMO Field.

The Seattle Sounders will head into a midweek Concacaf Champions League semifinal against NYCFC brimming with confidence because of their recent MLS form.

Joao Paulo opened the scoring the Sounders’ latest win, a 2-1 road win in Minnesota, spectacularly. His outside-the-boot, first-time strike gave Minnesota United goalkeeper Dayne St. Clair no chance at saving a shot that went straight into the upper right corner of the goal.

Paulo turned in an outstanding overall performance. The Sounders’ midfield is starting to emerge from a run of bad form to start the season now that Nico Lodeiro has gained full fitness. Striker Raul Ruidiaz is also getting back up to speed after an injury.

Honorable mention for the top goal this week goes to Alexandre Pato, who fired a neat volley into the bottom right corner of the net against LAFC.