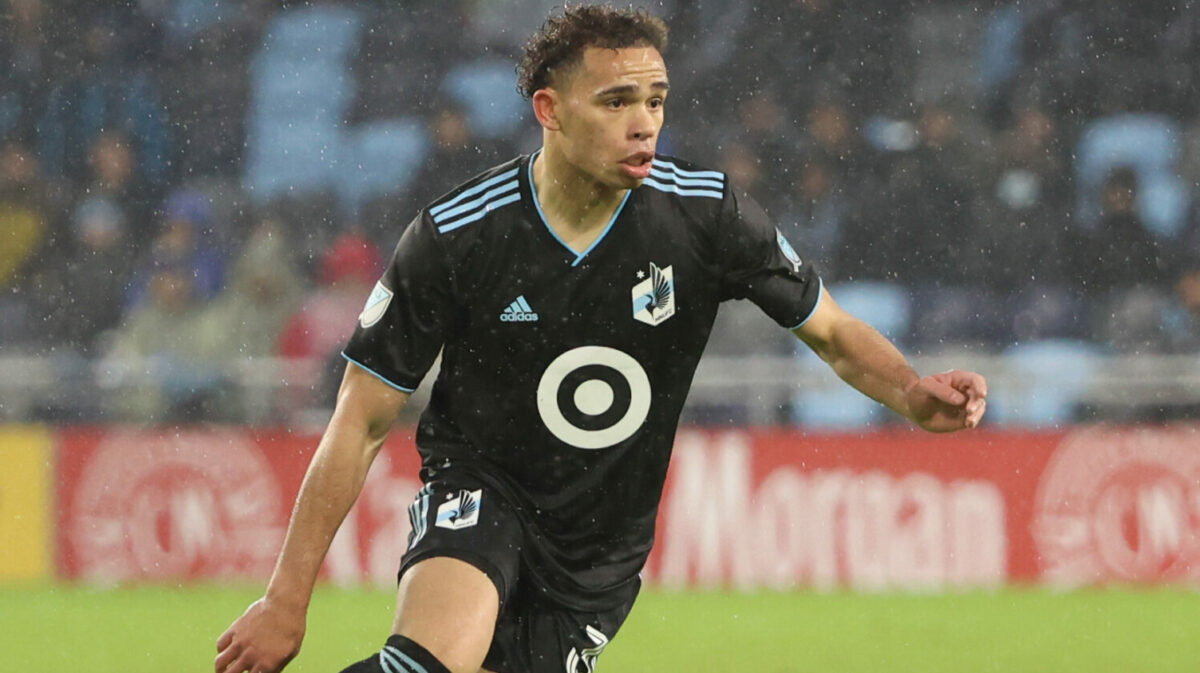 Hassani Dotson has been a key presence for Minnesota United in the early stages of the 2022 MLS season, but the young midfielder will now watch from the sidelines for the remainder of the year.

Dotson suffered a torn ACL this week in training, ruling him out for the rest of the 2022 season, Minnesota United announced Saturday. Dotson is expected to undergo knee surgery in the next few days.

“It was non-contact, as most of them injuries are,” Adrian Heath said postmatch Saturday about Dotson’s injury. “It’s a sad day for us all because I just felt that he was really starting to come into his own. It’s a big blow for everybody, but none more so than him. He’s a strong boy. Mentally, he’s a very strong kid as well. One of his strengths is his physicality, he’s got big strong thigh muscles and I think that will all help. He will be back at the beginning of next year.”

The 24-year-old was in his fourth MLS season for the Loons after being drafted No. 31 overall in the 2019 MLS Draft. Dotson, a former collegiate player at Oregon State University, logged a career-high 30 appearances for the Loons last season, scoring two goals and adding three assists.

Dotson’s versatility helped him become a key figure in Adrian Heath’s squad, featuring as a defensive midfielder, attacking midfielder, and a fullback. In total, Doston has made 84 league appearances for the Loons, scoring eight goals and registering six assists.

Dotson previously earned seven caps for the U.S. Under-23 men’s national team, featuring in the rescheduled 2020 Concacaf Men’s Olympic Qualifying tournament. He has yet to make his senior debut for the USMNT.

Minnesota United claimed an important 3-0 home win on Saturday over the Chicago Fire, its third-straight across all competitions.