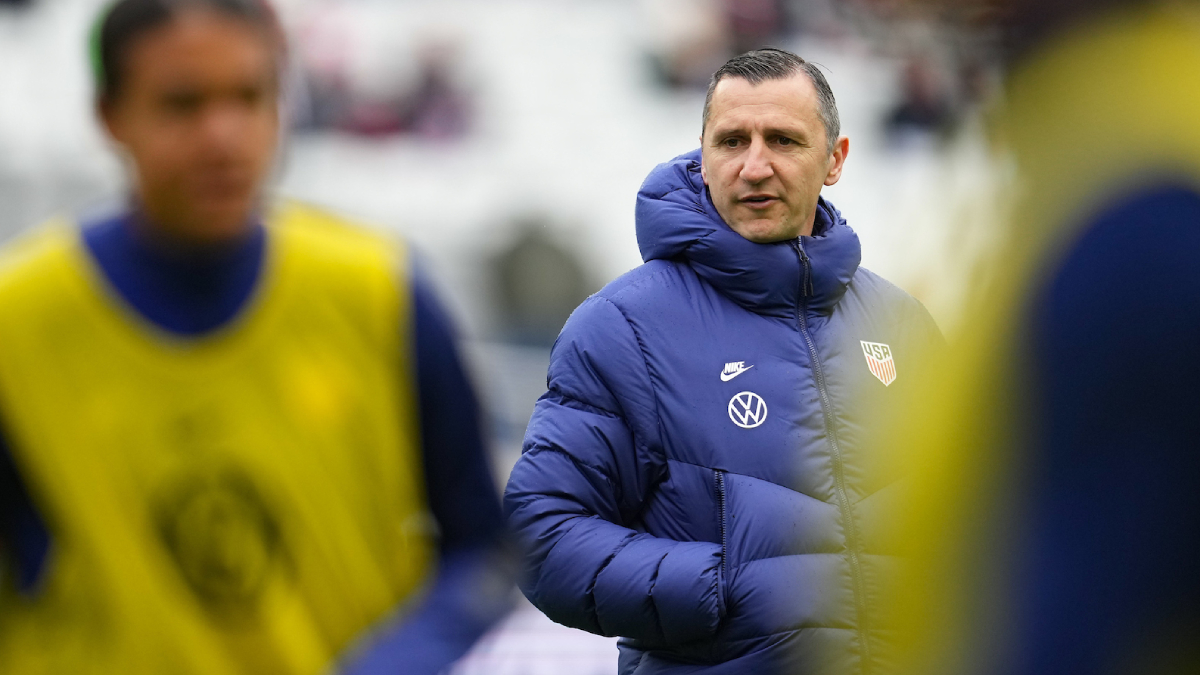 COLUMBUS – It is hard to ask for more than a nine-goal outburst from your team on any occasion, but the U.S. women’s national team and head coach Vlatko Andonovksi were left wanting a little more from its 9-1 victory over Uzbekistan on Saturday.

Sophia Smith registered her first career hat trick. Jaelin Howell and Ashley Sanchez opened their international accounts, and the four other goals make for a shining example of how dangerous the American attack can be. But it was the concession in the 70th minute to make the performance imperfect that was the hottest topic of conversation with Andonovski after the game.

“I’m very, very happy for Soph, and obviously Ash and Jae for the good performances,” he said. They did well, and I’m sure this is just the beginning and is just a few of many goals that we’re gonna see in the future from these players.

“But if there’s one thing that I’ll remember, it’s that we got a scored on. And it’s something that we’re gonna address, talk about, and work on going forward, very heavily,”

The goal, which was the first conceded by the Americans on home soil in over two years, came off an Uzbek corner and went in off the head of winger Aziza Norboeva. It was Uzbekistan’s only shot in the contest, which is what garners so much attention on an otherwise satisfying performance for the USWNT.

“As much as I hate it, I love it,” said Andonovski. “I’m glad it happened now and hopefully this will give us an opportunity to fix it before we go into qualifying,”

The goal train started rolling in the first half, but Uzbekistan does deserve some credit for making things difficult for the USWNT in the opening phase of the game. For 25 minutes, the Americans were living in the Uzbekistan box and fired in eight credible opportunities before the goal opened up, which was admittedly frustrating even for Smith, who had a banner day.

“I had a few that I definitely should have put away, but you can’t dwell on that because if you dwell on it’ll ruin the rest of the game,” the Stanford University product said.

What made scoring so difficult in the early phase? The Uzbeks were bunkered and sitting in a low block that proved to be effective until it broke. Obviously, the USWNT’s superior attack eventually found the solution as expected, but the conversations following the game made it clear that they were indeed tested.

“I think we could potentially see teams like that in qualifiers, (ones) that are sitting in, and it’s going to be harder to break down,” midfielder Rose Lavelle said. “So, I think that this was good practice for that. I think there are still things we can clean up and do better, but I think it’s a good step in the right direction,”

Tuesday will be the next test, as the sides rematch at Subaru Park in Chester, PA. At the moment, the USWNT does not have any scheduled matches between then and Concacaf World Cup Qualifying in July.