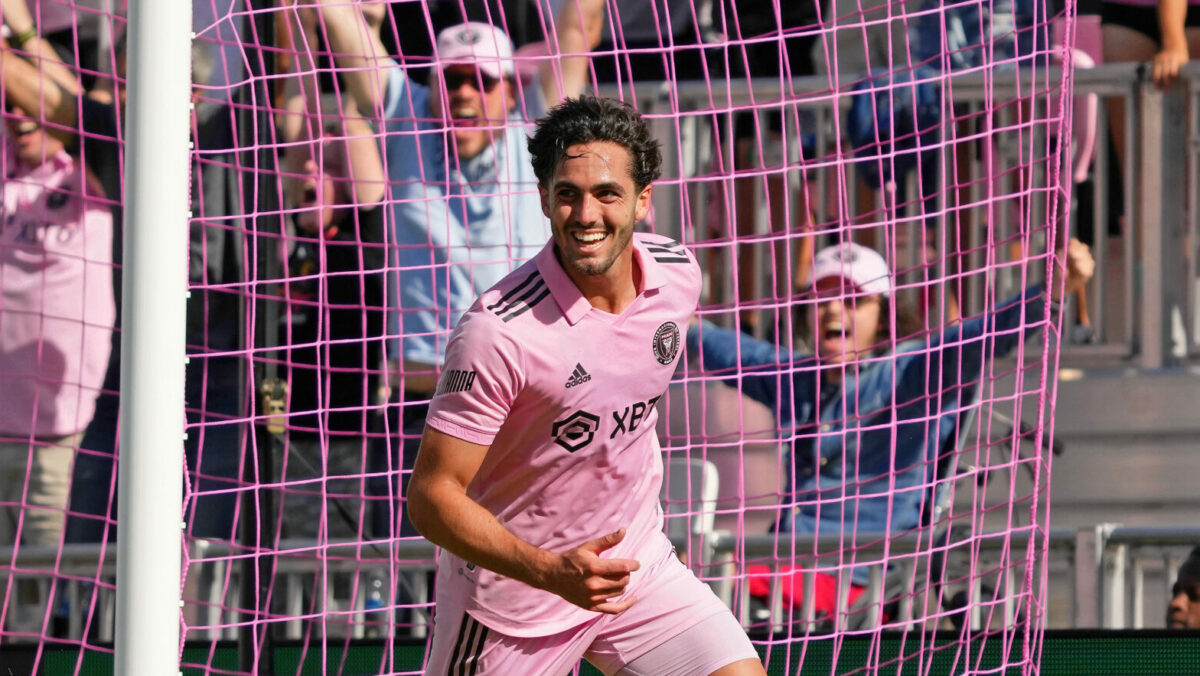 Week 6 in MLS action left us with only one undefeated club left standing, a statement from Javier “Chicharito” Hernandez and the LA Galaxy and another excellent outing from FC Dallas and U.S. men’s national team forward Jesus Ferreira.

Hernandez scored with a header in the first half against Los Angeles FC for his fifth goal of the season. The Galaxy halted LAFC’s undefeated start to the season and moved into second place in the Western Conference, one point behind their crosstown rival.

Brandon Servania scored the top goal of the week, though it was a tough pick. Toronto FC youngsters Jayden Nelson and Kosi Thompson each scored impressive goals to carry the club to a 2-2 draw at Real Salt Lake.

Inter Miami has its first win of the season, plunging the New England Revolution into even more turmoil in the process. Leonardo Campana scored a hat trick to give Phil Neville’s side a 3-2 win.

Here is a look back on the top moments in MLS for Week 6:

Leonardo Campana ensured Phil Neville’s decision to start him over an injured Gonzalo Higuain was a smart move. Campana scored the first hat trick in Inter Miami history as the club earned its first win of the season.

Campana, a 21-year-old Ecuadorian striker, arrived at Inter Miami this season on loan from Wolverhampton Wanderers. Inter Miami remains bottom of the Eastern Conference, but a bump in scoring from Campana moving ahead could see them compete more aggressively.

The LA Galaxy put in an all-around solid match to beat LAFC in the week’s highest-profile matchup. Samuel Grandsir assisted both goals, which both came in the first half from Hernandez and Sega Coulibaly. Jonathan Bond made six saves as LAFC piled on the pressure late.

A VAR review canceled out a late equalizer for LAFC from Latif Blessing. That call caused some controversy, but Blessing appeared offside as the ball was played back across goal.

Greg Vanney is looking like a very early Coach of the Year candidate. The veteran coach missed the playoffs with this Galaxy team in 2021, but he has overseen Hernandez’ return to form and made an excellent move in shifting Raheem Edwards to left back.

FC Dallas continues to surge in the Western Conference, thanks to Jesus Ferreira’s scoring and good defensive performances. Ferreira scored two more goals this weekend, but not before this golazo from Brandon Servania.

Servania returned from a 2021 loan at Austrian club St. Polten and moved straight into the starting lineup for FC Dallas. Servania has combined effectively with Paxton Pomykal in central midfield.