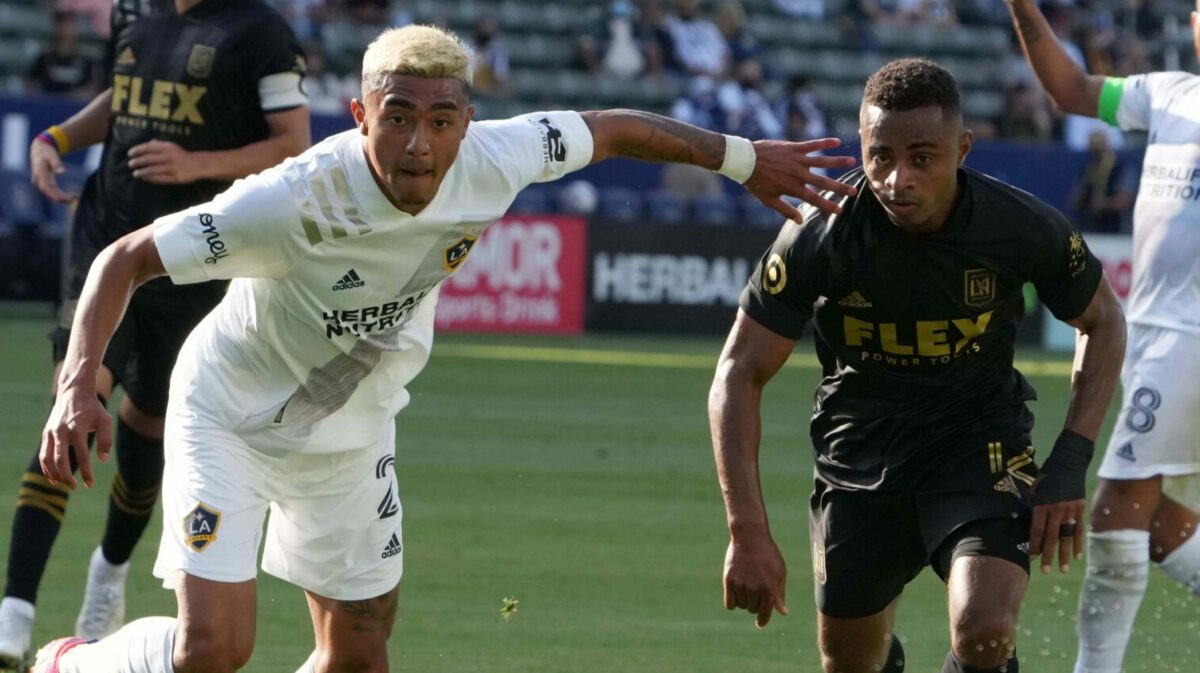 The LA Galaxy and Los Angeles FC are off to promising starts to the 2022 season after both undergoing busy winters filled with change, and their revamped squads will face off for the first time in the headlining match of MLS Week Six.

This week brings the first meeting of the season. Both the LA Galaxy and LAFC are in excellent form, and the matchup should be a revealing, likely high-scoring affair.

The Philadelphia Union continue to roll, but the Columbus Crew stand in their way this week. A Western Conference matchup brings together FC Dallas and the Colorado Rapids in another top match this week.

Among the other matches to keep an eye on are Charlotte FC meeting Atlanta United again. The club scored its first ever goal in Atlanta three weeks ago, but fell to a late loss. The New England Revolution try to get back on track by visiting Inter Miami in a nationally televised matchup.

Here is a look ahead to this weekend’s MLS action:

LAFC is coming off a 4-2 road win over Orlando City, in which the team’s attack hummed with goals from Brian Rodriguez and a go-ahead strike from Ilie Sanchez. New LAFC coach Steve Cherundolo has overseen an excellent start to the season, but this will be the most high-profile match he’s faced yet.

The LA Galaxy, on the other hand, lie third in the Western Conference. Hernandez has three goals in his last three games and the Galaxy rebounded last weekend from two losses in a row.

FC Dallas shed a slow start to 2022 and is on a three-match unbeaten streak heading into this matchup with the Rapids, which are just one spot below FC Dallas in sixth place in the Western Conference. The Rapids have gone four matches unbeaten, with two draws in their last two matches.

Robin Fraser’s Rapids side is strong defensively, giving up only two goals in the first five games of the season. Jesus Ferreira will have his work cut out for him against Lalas Abubakar, Auston Trusty and the rest of the Rapids’ back line. Paxton Pomykal vs. Mark-Anthony Kaye should be an interesting power struggle in the midfield.

Two of MLS’s most progressive attacking teams meet in this Eastern Conference clash. The unbeaten Union are on a four-game winning streak, while the Crew are fighting to regain the strength they showed to start 2022.

Lucas Zelarayan continues to play like one of the best No. 10s in the league, but the Union have a similar central midfield talent in Daniel Gazdag. Gazdag looks to extend a scoring streak to five games in this one. Zelarayan has four goals and two assists through five games.

The Crew started the season on a scoring tear, but have cooled off lately with only one goal, and one point, from their last two games. It will be interesting to see whether Crew coach Caleb Porter opts for Gyasi Zardes or Miguel Berry up top.

Austin FC, one of the highest scoring teams in the Western Conference, faces a disciplined Minnesota United team that boasts one of the most in-form goalkeepers in Dayne St. Clair.

Austin FC has the opportunity to climb into the top three in the Western Conference with a win, but Minnesota United is a gritty opponent known for grinding out results on the road. Key to the match for Minnesota will be stopping Sebastian Driussi, who has been a revelation in his first full season with Austin. The Loons’ Luis Amarilla is a serious scoring threat since returning from loan for this season.

Nashville SC continues its long run of road matches before the club’s new stadium opens May 1. Nashville’s stoic defense will be a real test for a Sporting KC team that has struggled to score lately.

Sporting KC has only scored four goals through six games. Injuries hit the club hard, and new striker signing Nikola Vujnovic has yet to catch on. Nashville, too, has had trouble scoring, but has only given up five goals in seven games. Sporting KC’s Daniel Salloi and Johnny Russell will try to generate attacking momentum against an excellent back line led by Walker Zimmerman and defensive midfield led by Anibal Godoy and Sean Davis.