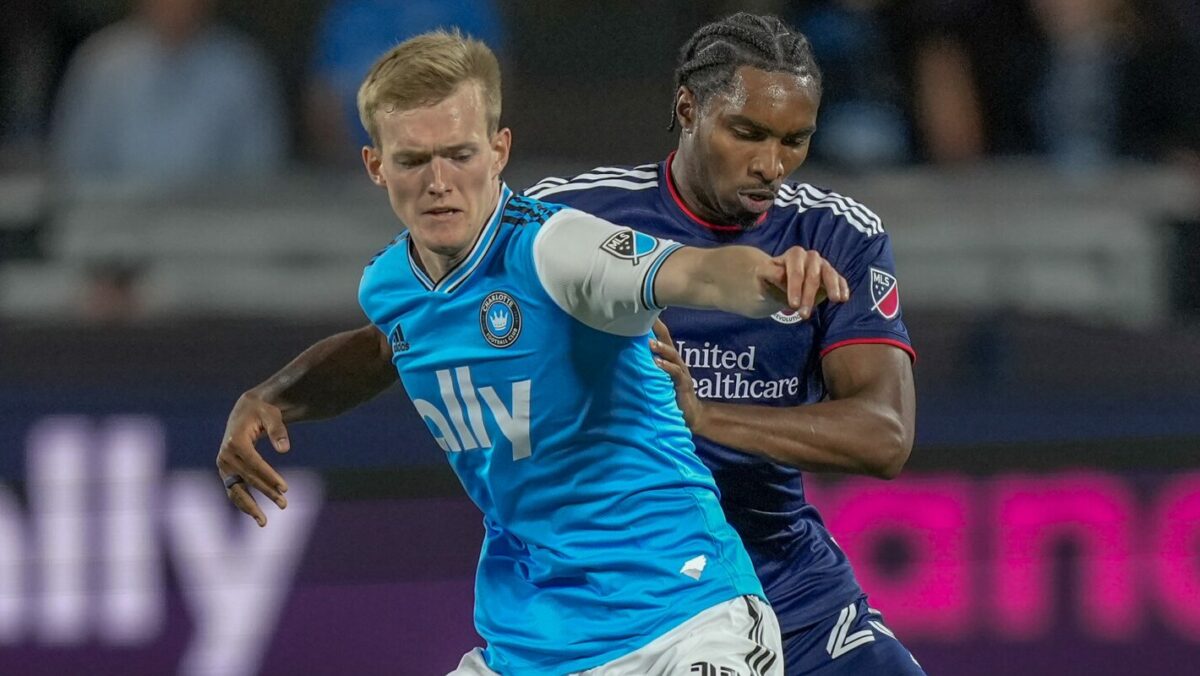 The previous week in MLS brought an outstanding win for the L.A. Galaxy, more fireworks from FC Dallas’ attack and continued dominance from the unbeaten Philadelphia Union.

Each of those teams have key matchups this week. FC Dallas takes a trip to Red Bull Arena to face a New York Red Bulls side with potential to equal the attacking might presented by Jesus Ferreira, Alan Velasco and Brandon Servania. The Union are set to face Toronto FC, a club that has quietly gone three matches unbeaten with six goals scored in that span.

Both the Seattle Sounders and New York City FC are in action on Sunday, just four days after their Concacaf Champions League semifinal second leg clash.

Here is a look ahead to the top MLS Week 7 matches.

Charlotte FC is surprising everyone with a run of three wins in the past four games, while the Revolution are doing the exact opposite. The Revs have sunk to five losses in a row in all competitions, giving up three goals in four of those five defeats. The Revolution have not lost four league matches in a row since 2017.

Meanwhile, Charlotte FC is fresh off a dominant home win against Atlanta United. Top draft pick Ben Bender has played solid in center midfield. Charlotte left back Joseph Mora averages two-and-a-half tackles per match, which bodes well if he lines up against Sebastian Lletget, who started on the right side last week against Inter Miami.

Matt Turner is still weeks away from a return, and Bruce Arena has tinkered with the lineup during this poor run of form. Ryan Spaulding started in place of Brandon Bye, and Justin Rennicks started at forward and scored last week in a 3-2 loss to Inter Miami.

A defensive lapse last week against CF Montreal led to the New York Red Bulls’ first loss since March 13, and the team now moves on to face a red-hot FC Dallas team. Jesus Ferreira has scored five goals in his last three games, while the team earned two shutouts in the last four games.

FC Dallas midfielder Brandon Servania scored one of the best goals of the week last week, knuckling a shot over the goalkeeper from long range. FC Dallas earned one of the most dominant wins of Week 6 with a 3-1 win over the Rapids.

Gerhard Struber’s men are 2-2-1 in their last five matches, but have not scored more than one goal in a match since a 4-1 triumph over Toronto FC. Patryk Klimala, Lewis Morgan, and Omir Fernandez headline the Red Bulls attacking options.

The Philadelphia Union are the last unbeaten team remaining in MLS. Their trip to BMO Field in Toronto pits them against a high-scoring TFC squad that has gone the last three matches unbeaten.

The future looks bright at Toronto FC, and so does the present. Two 19-year-old academy graduates, Jayden Nelson and Kosi Thompson, scored in last week’s 2-2 draw at Real Salt Lake. TFC has allowed at least one goal in each game it’s played this season, but the attack led by Jesus Jimenez and Alejandro Pozuelo is getting the job done.

Sergio Santos is back to full fitness and ready to play for the first time since a 2-0 win over Charlotte FC two weeks ago. Santos has an excellent track record against Toronto FC, with six of his 18 career goals scored against the club. It’s worth keeping an eye on whether Jim Curtin will start the Brazilian.

Offseason arrivals Mikael Uhre and Julian Carranza will be pushing to start in attack for the second-consecutive match.

The Galaxy triumphed last week against crosstown rivals Los Angeles FC, further proving that Greg Vanney’s squad is the team to beat. Vanney and Fire coach Ezra Hendrickson are coaching against each other for the first time. As players, they were teammates on the Galaxy from 1997-2001.

Fire star Xherdan Shaqiri missed the last two games with a calf injury. He remains “day-to-day,” according to Hendrickson.

The Fire have excelled defensively so far in 2022, with Wyatt Omsberg and Mauricio Pineda a surprisingly productive centerback pairing. The Fire’s attack hasn’t produced a goal in two straight games, however.

New York City returns to MLS play after the heartbreak of a Concacaf Champions League semifinal loss to the Sounders. NYCFC has some work to do, as it tries to recover from a poor start.

The defending MLS Cup champions have only one league win, but have played only five MLS games because of the busy CCL schedule. The past two defeats, 1-0 to the Union and 2-1 to Nashville SC, have highlighted Valentin “Taty” Castellanos’ early struggles. Castellanos has yet to score in 2022.

NYCFC missed Maxi Moralez and Maxime Chanot midweek in the CCL semifinal. It is unclear whether the pair are set to return to the lineup.

RSL, on the other hand, is faring well at third in the Western Conference. Forward Damir Kreilach returned to the lineup last week, and the rest of the team’s injury struggles seem to be clearing up, with Aaron Herrera and Rubio Rubin returning to the bench. Goalkeeper David Ochoa remains out, forcing veteran Zac MacMath in between the posts.

Here is a full schedule of this weekend’s MLS action: