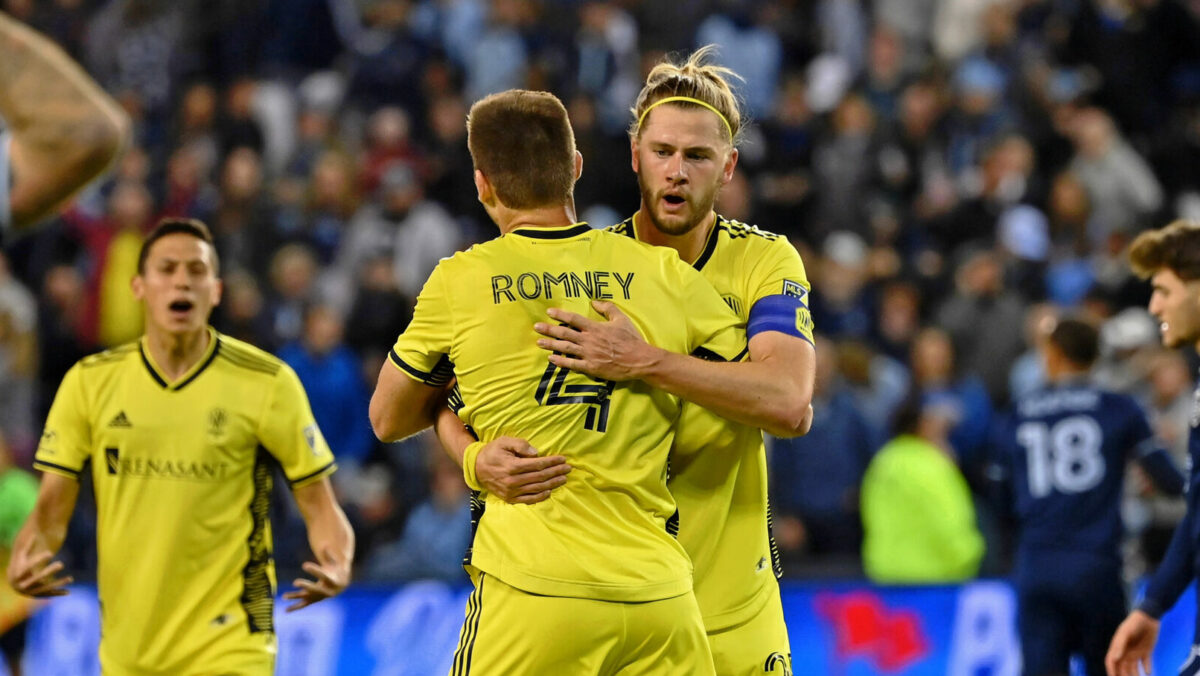 The opening of GEODIS Park in Nashville serves as the headlining event in Major League Soccer’s Week 9 schedule, with the Philadelphia Union looking to spoil the party in Tennessee.

Nashville SC braved an eight-game road stretch to make it to this point, and still has proven to be a strong Western Conference team, lying in eighth place with three wins. They face a Union side that is in first place in the East despite managing just one point from their past two matches.

Another all-Texas matchup is included this week, with Austin FC taking on the Houston Dynamo. Austin FC is off to a strong start, boasting the second-most points in MLS, while the Dynamo try to bounce back after last week’s Texas Derby loss to FC Dallas.

The New York Red Bulls have emerged as the league’s road warriors, boasting a perfect 4-0 road record to start the season. The Chicago Fire are currently undefeated at home in 2022, but are mired in a four-match winless rut, without a single goal scored during that stretch.

Last week’s matches continued scoring trends for some of the most in-form players in the league, such as NYCFC’s Valentin Castellanos, Toronto FC’s Jesus Jimenez and Inter Miami’s Leonardo Campana. Campana and Inter Miami face the Revolution for the second time in a little over a month, this time traveling to Gillette Stadium.

Here is a look ahead to the top MLS matches in Week 9:

Nashville SC has braved a tough, eight-game road stretch to start the season, and now can enjoy an exciting spectacle on Sunday: the opening of GEODIS Park, the largest soccer-specific stadium in the United States and Canada.

The visiting Union remain top of the Eastern Conference, despite hitting a rocky patch lately. A loss to Toronto FC broke the Union’s undefeated start to the season, and last week’s 1-1 draw with CF Montreal was a bit disappointing. Union forward Julian Carranza, a newcomer this season, has scored three goals in his last four appearances.

Nashville has relied heavily on its defense, led by U.S. men’s national team mainstay Walker Zimmerman, and has gone through this eight-match road streak only giving up nine goals. The attack, on the other hand, has only produced eight goals this season. The backing of an energized home crowd should help Hany Mukhtar, C.J. Sapong and the Nashville attack pursue a better scoring output in this game.

Both clubs’ attacks are humming, with Luis Amarilla proving to be an excellent option up top for Minnesota and Carlos Vela the star for LAFC. However, also keep an eye on the talent in midfield. Emanuel Reynoso is hitting his stride, having scored and assisted in Minnesota’s 3-0 win over the Fire last week. Jose Cifuentes and Kellyn Acosta are combining well to power LAFC’s attack moving from the middle of the field to the attacking third.

Inter Miami defeated the Revs 3-2 in Miami three weeks ago, which started the four-game winning streak Inter Miami enters this game on. Leonardo Campana continues to completely turn around Miami’s expectations in 2022, with five goals in eight games.

The Revolution return to Gillette Stadium looking to end a slump that has rambled on since mid-March. Bruce Arena has tried a few tactical tweaks, but none has stopped the Revs from leaking goals. The Revs will have a lot to contend with against Miami, with Robbie Robinson cutting in from the left side and Campana continuing to finish off chances.

The Dynamo fell in comeback fashion to FC Dallas in the original Texas Derby last week, and moves ahead to face another in-state rival this week. Things won’t get any easier, as Austin FC is on a roll with three wins in a row and lying second in the Western Conference.

The Dynamo did receive a boost in the attacking department last week, as new DP Sebastian Ferreira scored his first goal in a Dynamo shirt. Paulo Nagamura’s side went five games unbeaten before the FC Dallas loss.

Maxi Urruti impressed in Austin’s last game with two goals in a 3-0 win over the Whitecaps. The Dynamo will look to turn this match into a defensive battle, as they have scored only 11 goals and given up only nine goals so far in 2022.

The Red Bulls were lethal in last week’s 3-0 win in Orlando, and it’s time to see if they can keep things moving forward when it meet a slumping Fire squad. The Fire started the season hot with its back line early plenty of results, but have now gone four matches without a win.

The Fire will be desperate for goals in this match, while the Red Bulls seem to be hitting their stride in that department. Luquinhas scored his first Red Bulls goal last week, and Lewis Morgan got back on the scoresheet with a penalty kick. The Fire have gone four games without scoring a goal, but their defense had allowed just two goals in six matches before last week’s 3-0 loss at Minnesota United.