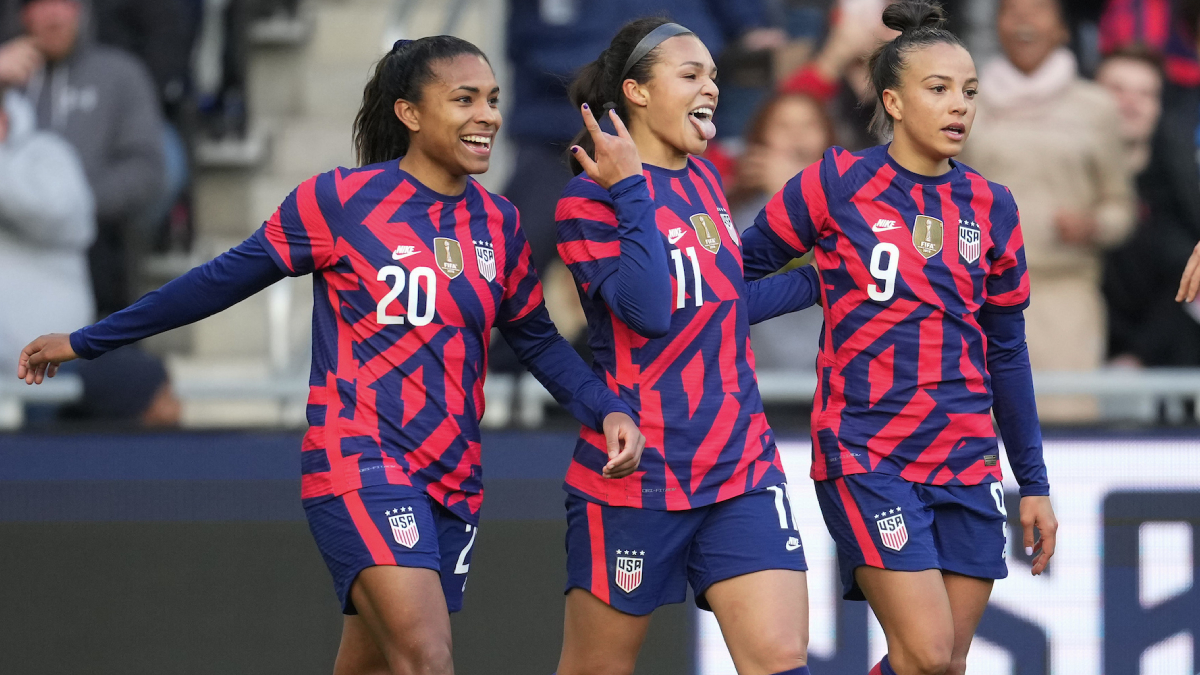 COLUMBUS – The new generation of the U.S. women’s national team is looking more and more capable of being as dominant as the last.

Six players combined to put up a whopping 9-1 scoreline on Uzbekistan at Lower.com Field on Saturday, extending the USWNT’s 2022 unbeaten streak to four and marking a season-high watermark for goals scored in a match.

The margin was in large part due to an inspired performance from 21-year-old Sophia Smith, who notched her first career hat trick to lead the way. Smith joined Andi Sullivan, Catarina Macario, Mallory Pugh, Jaelin Howell, Ashley Hatch, and Ashley Sanchez on the scoresheet in the commanding win.

Smith was working on the hat trick early thanks to a brace in the first half, just two minutes apart in the 33rd and 35th minutes.

Howell’s goal in the 64th minute was her first on the international stage, which made for a memorable moment. The Racing Louisville midfielder came off the bench for Sullivan at halftime and had a lively second-half shift.

The Uzbeks hung in the match for a 25-minute stretch in the first half and avoided conceding on eight American chances until the floodgates opened, but when they did, the USWNT produced two goals in the same minute.

Sullivan broke the deadlock with a header from a corner early in the 26th minute, and then Rose Lavelle found Pugh for one from open play seconds after play reset to undo Uzbekistan’s heroics in swift fashion.

The concession came in the 70th minute on a corner. Uzbekistan winger Aziza Norboeva rose above the line to pull one back, though the game was obviously well out of hand, but it marked the USWNT’s first goal allowed in 2022.

The Americans will square off with the Uzbeks once more on Tuesday, closing out the friendly series at Subaru Park in Chester, PA, and do not currently have any further scheduled matches ahead of World Cup Qualifying matches in July.