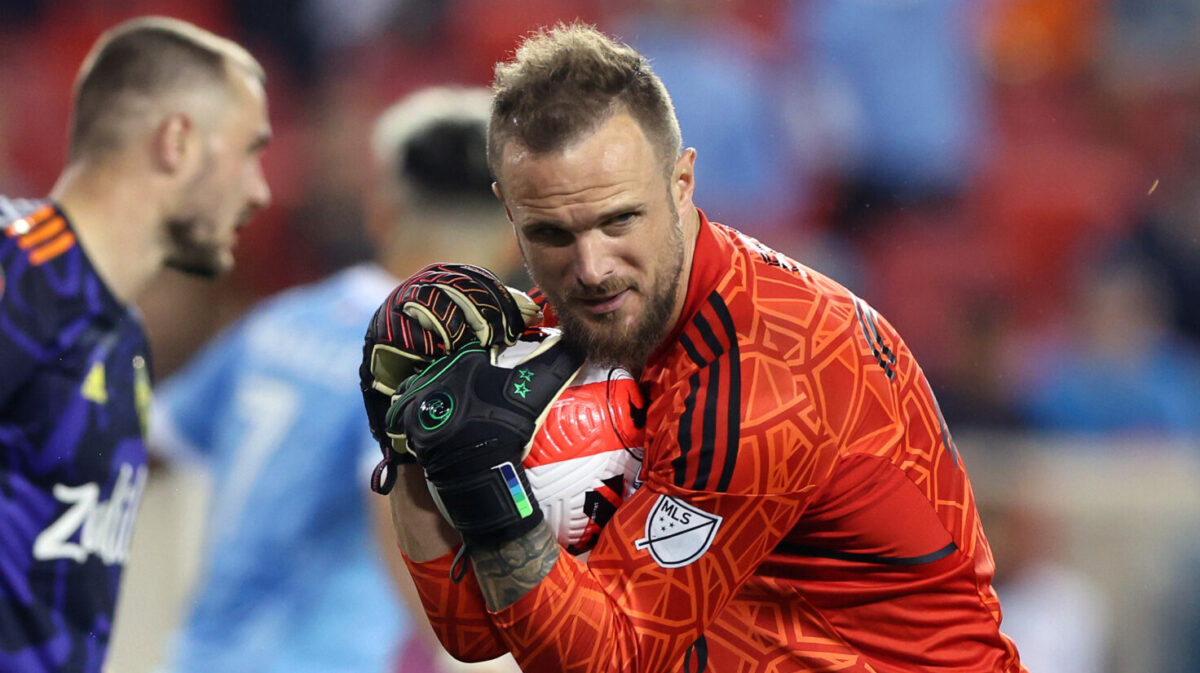 The Seattle Sounders will become the latest MLS club to have their opportunity to end the league’s lengthy drought in the Concacaf Champions League, and after grinding out a spot in the tournament’s final, confidence and form are on their side.

Brian Schmetzer’s side clinched a finals berth against Liga MX side Pumas UNAM after eliminating fellow MLS side New York City FC 4-2 on aggregate. The Western Conference visitors came into Red Bull Arena on Wednesday night in strong form and after snatching a first-half opener, used a stellar performance from veteran goalkeeper Stefan Frei to get across the finish line.

Frei made seven saves for the Sounders on Wednesday night, the second time in this season’s Champions League that he has accomplished that feat. The 35-year-old conceded a second-half goal to Santiago Rodriguez, but ultimately denied NYCFC on several other occasions to help the Sounders avoid any scares in New Jersey.

“It means everything,” said Frei postmatch. “There’s very select opportunities to make history… There’s still one elusive one for MLS. If you can be that one, it’s going to be massive for your career, for the franchise, for everybody involved. What a massive opportunity.”

“We knew we were going to get a spirited NYCFC team, a committed, a motivated NYCFC team,” said Schmetzer. “We needed to match their effort, and I think in a lot of portions of the game, we did.”

The Sounders started off the season slow, but since then have found their footing in both the CCL and MLS play. Seattle has extended its unbeaten run to seven matches across all competitions, eliminating two of Concacaf’s best in Club Leon and NYCFC over the past few weeks.

Despite winning two MLS Cups in the past six years, the Sounders have followed suit with the rest of MLS in terms of trying to capture the elusive CCL trophy. Now a new opportunity has arisen for the Sounders, with MLS and Liga MX squaring off for the fifth time in the tournament final.

The Sounders still have two league matches on their schedule before the start of the two-legged final against Pumas, but have made their priorities known on fighting to become the first MLS club to win the tournament.

“It’s a trophy that the club certainly covets,” Schmetzer said of the Champions League. “That’s something that we have made public. [Sounders General Manager and President of Soccer] Garth [Lagerwey] when he came here said it was a goal of ours. The constant theme throughout this club, the culture of the club, is to win every game, every trophy, every competition.”

The Sounders now take their focus back to league play this Saturday with Inter Miami visiting Lumen Field. The San Jose Earthquakes will also face off with the Sounders on April 23 before Seattle visits Mexico City on April 26 for the first leg of the final showdown.

Pumas is riding a six-match unbeaten run itself after eliminating Cruz Azul in the semifinals to set up a first-ever meeting with the Sounders. The Liga MX club has one more additional match on its schedule compared to the Sounders and will also have to travel to Seattle for the second leg in early May.

The Sounders have started each of the last two rounds at home, but will now play host in what could be the all-deciding second leg at Lumen Field.

“We’re also very, very excited that we get to play the second [leg] at home,” Frei said. “Hopefully with an amazing atmosphere, we can achieve something that nobody’s done before.”