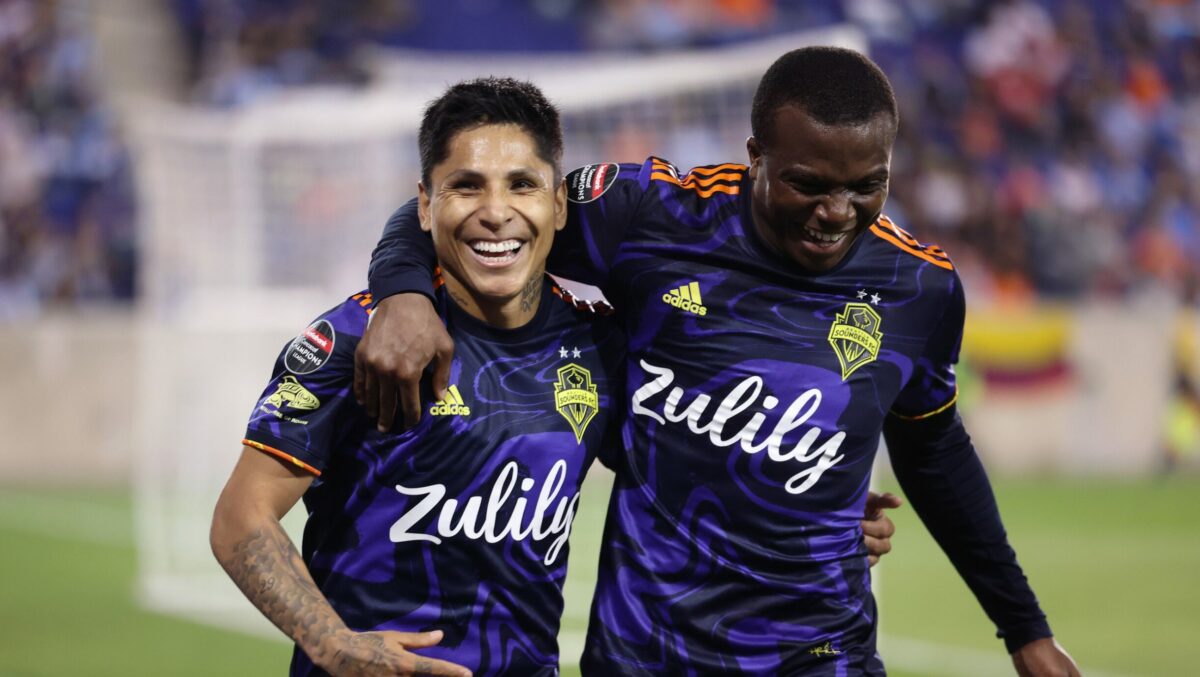 The Seattle Sounders are approaching Wednesday’s Concacaf Champions League Finals first leg looking to end a drought that MLS teams have been trying to end for 22 years.

After a decade of MLS struggles in the CCL, Real Salt Lake finally broke through to the CCL final in 2011, but fell to Monterrey. Then, Toronto FC earned its chance, but lost to Chivas in 2018’s final. Los Angeles FC renewed hope for MLS in 2020, but lost a close one to UANL Tigres. An MLS team has not won the continental competition in Concacaf since the LA Galaxy in 2000. An MLS team hasn’t beaten a Mexican club in the final since D.C. United beat Toluca in 1999.

The Sounders, one of the league’s most successful clubs over the past two decades, will now get their chance. They kick off the CCL final with the first leg in Mexico City against UNAM Pumas. Brian Schmetzer’s side has shown every sign that it is the best team in the competition so far, with impressive results in defeating Club Leon 4-1 on aggregate and downing New York City FC 4-2 on aggregate after an intense second leg.

Sounders coach Brian Schmetzer showed his excitement for the CCL final earlier this week, telling his players the final is a “massive (expletive) deal for this club” in a locker room talk after the team’s CCL semifinal win, 4-2 on aggregate over New York City FC.

Schmetzer emphasized that the CCL is an extremely important competition to the club, and acknowledged that stepping into Estadio Olimpico Universitario in Mexico City is going to be daunting.

“We’ve shown them quite a bit of film, but you never actually know until you’re on the field playing against (Juan Ignacio) Dinenno, or Diogo (de Olivera) or Rogerio or (Alan) Mozo,” Schmetzer said. “You have to kind of feel that for yourself. And then after the first five minutes, just be yourself, just play. Because we have a good team too. We have a lot of confidence.”

A disappointing result for the Sounders last weekend raises some eyebrows heading into this match. The Sounders most recently fell 4-3 to the San Jose Earthquakes, handing the Quakes their first win of the season and giving up a 3-1 lead in the process.

“Really uncharacteristic of us to let this game slip,” Sounders midfielder Cristian Roldan said. “But again, we have to learn from these moments, keep the positive because going into Wednesday, it’s not going to be easy. These moments in a final will put you down bad.”

A 1-1 draw in Club Leon in the second leg of the CCL quarterfinal saw the Sounders move on, and the Sounders previously faced Leon and UANL Tigres in last season’s Leagues Cup. Schmetzer said that experience helps the squad in its approach to an unfamiliar environment, but the first leg of the final is much different.

“With that (result against Leon,) I think the result in our first game gave us an edge,” Schmetzer said. “This is a different feeling for us. It’s 0-0 and we’ll see how the game plays out.”

Pumas used their home-field advantage in the quarterfinal to erase a 3-0 deficit to the New England Revolution. Juan Ignacio Dinenno scored a pair of goals to pull Pumas to within 3-2 on aggregate before American midfielder Sebastian Saucedo scored the goal to send the series to penalty kicks, where Dinenno converted the winning kick to eliminate the Revolution.

UNAM Pumas is significantly weakened heading into this match. Dinenno, who leads the CCL with seven goals, is likely to miss the first leg with a hamstring injury. The injury kept Dinenno out of Pumas’ last league match, a 3-1 loss to Chivas on Saturday. Starting centerback Arturo Ortiz will also miss the first leg due to a suspension.

Dinenno’s absence will be a welcome one for the Sounders, but it will also affect Pumas’ approach in this match. Dinenno is an agile, opportunistic striker who is particularly dangerous in the air.

“I understand there’s some nuance there,” Schmetzer said. “Tactics, with Dinenno on the field, they’re very direct. He’s good in the air. if he doesn’t play, how do they play? Maybe it looks a little different.”

On the Sounders’ end, centerback Yeimar Gomez Andrade returned from a six-week injury absence with an appearance in the loss to San Jose, meaning the Sounders now have a clean bill of health heading into the CCL final.