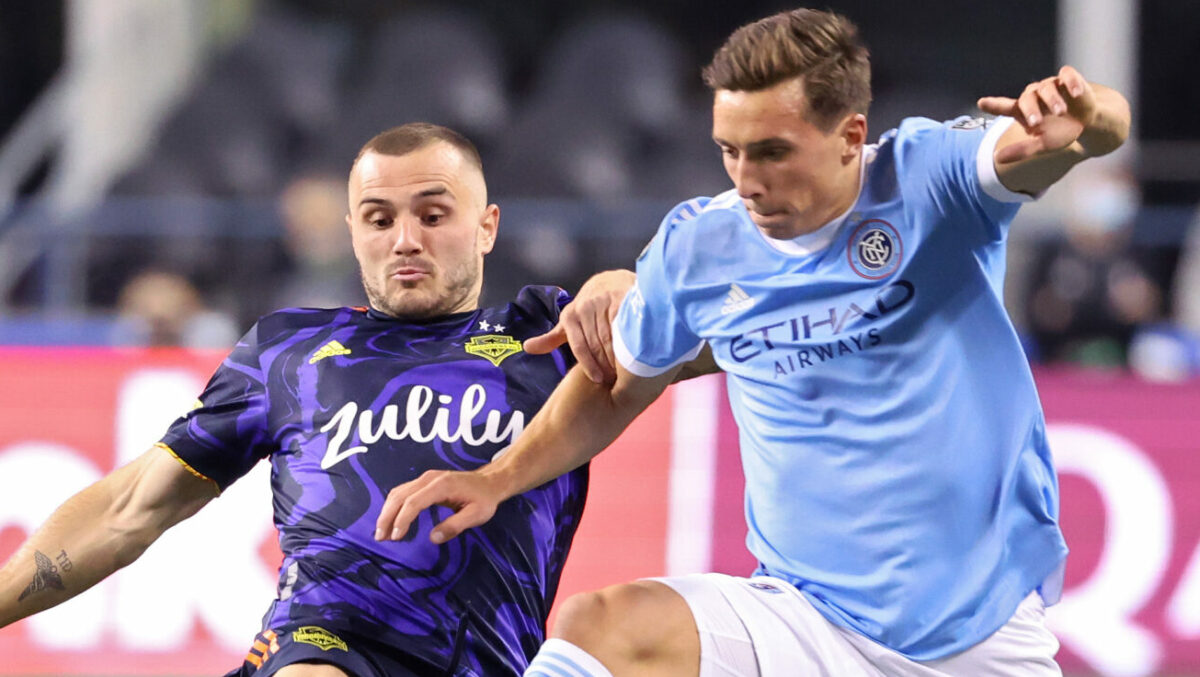 Brian Schmetzer’s Sounders visit Red Bull Arena on Wednesday night, holding onto a 3-1 aggregate advatage following a first leg victory at Lumen Field last week. The Sounders have been in a better run of form over recent weeks, riding a six-match unbeaten run in all competitions and also improving in MLS play after a slow start to the campaign.

A cross-country trip to Harrison, New Jersey is the latest test for the Sounders in this busy start of the season, and even though they are holding onto a two-goal advantage against the defending MLS Cup winners, the Western Conference visitors aren’t booking their place in the final just yet.

“We’re expecting them to play better, which only means we have to be also better than we were in the first leg,” Sounders midfielder Albert Rusnak said in a conference call with reporters on Tuesday. “It’s going to be a tough game, the scoreline 3-1 is very tricky. With the away goals still playing a big role in Concacaf, 3-1 is not as good a score as it looks on paper.

“So we’re going there with the mindset that it’s another game that we want to get a result,” Rusnak said. “We’re not going to be playing and counting goals as the game progresses and changing our style of play. From the first minute everybody has to be sharp and we have to be on our A-game in order to proceed to the final.”

The Sounders are clicking offensively over recent weeks, scoring two goals or more in four of their last five matches, including last week’s 3-1 first leg win. Fredy Montero has contributed four goals over that span, Jordan Morris has three tallies, and Albert Rusnak, Nicolas Lodeiro, and Joao Paulo all have one apiece.

Defensively, the Sounders have only posted one clean sheet in the past six matches, but have been able to pull away with their dynamic group of attacking players. NYCFC’s attack remains one of the best in MLS and Concacaf and Ronny Deila’s players will make it hard for the Sounders defenders to settle in on Wednesday night.

“How we line up, some of those little nuances, you guys will see tomorrow night,” Schmetzer said. “But we’ll plan on defending well. That’s a good team, so they’ll be even better offensively. So we’ll be up against it, but we’re not afraid. We’re just respectful and we’ll try and do the best we can to keep them off the scoresheet.”

NYCFC will be hoping a second leg home win is just the answer to snapping a four-match losing streak across all competitions. The defending MLS Cup champions barely scrapped by Comunicaciones FC in the quarterfinals before suffering league losses to both the Philadelphia Union and Toronto FC.

NYCFC’s depth helped the Eastern Conference club in last season’s MLS Cup Playoffs and now that depth will be tested again, with a CCL Finals berth against Liga MX opposition at stake.

“I really see a different mindset,” Deila said. “I see more energy in the eyes, I see more happiness on the pitch, off the pitch. And that’s natural and we can talk as much as we want, but that’s a fact. I believe and I really, really think that we have the quality to do it. But we, as I say, have to come out with that win-or-die almost mentality. We have to give everything, but at the same time what we were good at in the playoffs last year was to enjoy the moment and attack the situation. You know, you perform well and you lose, you can deal with it.

“We will do everything in our power to make tomorrow a great performance and then we have to see how good Seattle are on the day. But it is possible to win the two goals. I think if you go through our home games the last two years we have been over seven out of 10 times more than two goals, so we really believe we can do it.”