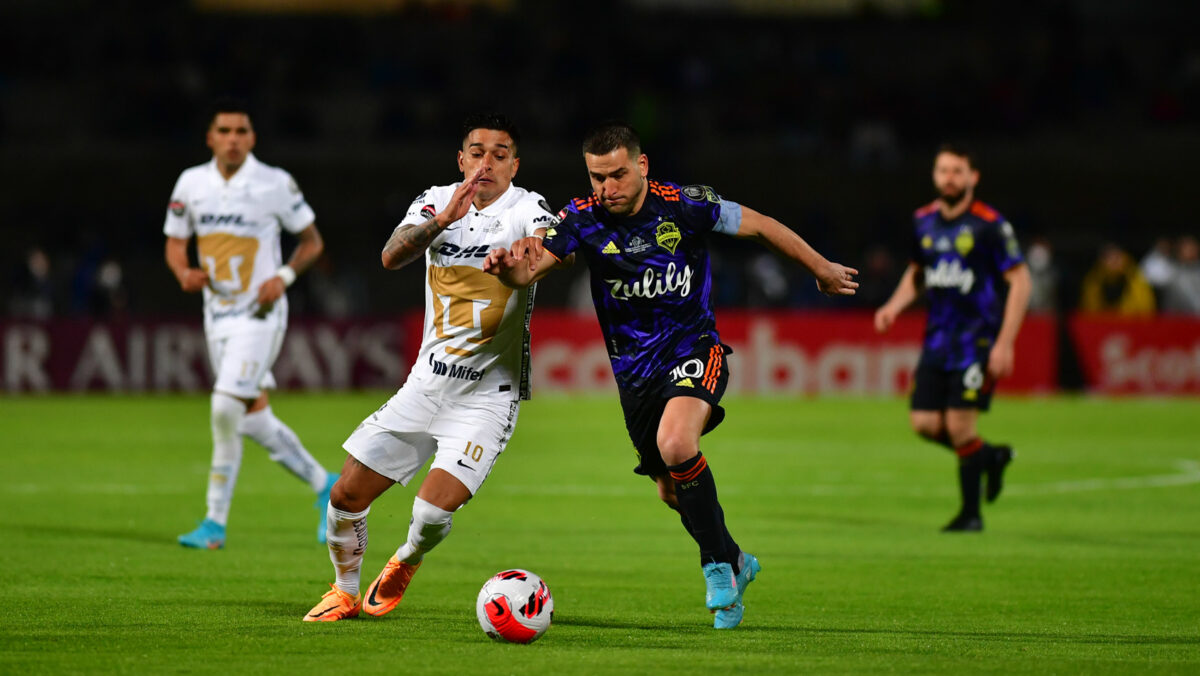 The Seattle Sounders endured a forgettable first 48 minutes during Wednesday’s Concacaf Champions League final first-leg at UNAM Pumas, but a pair of second-half VAR decisions went their way and Nicolas Lodeiro did the rest to set up a dramatic second leg in Seattle on May 4.

Lodeiro converted a pair of second-half penalty kicks, including a 98th-minute equalizer to help complete a Sounders comeback from 2-0 down in Wednesday’s 2-2 draw in Mexico City.

The Sounders will now return home for Wednesday’s second leg at Lumen Field, where Seattle fans will be rooting for the Sounders to become the first Major League Soccer team to win the Concacaf Champions League.

Pumas drew first blood in the 38th minute when Juan Dinenno converted a penalty kick re-take after a Stefan Frei penalty save was nullified when a VAR review determined that Frei was off the goal line when he made the save. Dinenno made the second chance count to give Pumas a lead heading into halftime.

Dinenno scored his CCL-best ninth goal of the competition in the 48th minute when he fired a powerful header past Frei to make the score 2-0, and threaten to blow the final series open on the first night.

The Sounders eventually responded though, keeping Pumas from finding a third goal before drawing a 77th-minute penalty when Pumas’ American midfielder Sebastian Saucedo was whistled for a handball in the penalty area. Lodeiro converted from the penalty spot to bring the Sounders within a goal.

The Seattle equalizar late in second-half stoppage time when Cristian Roldan was fouled in the penalty area. A VAR review confirmed the foul and Lodeiro blasted him his second penalty attempt to help send the Sounders back to Seattle with a 2-2 draw, meaning a win at Lumen Field in next week’s second leg would make the Sounders the first MLS team to win a CCL title.

What did you think of Wednesday’s CCL Final opener? Think the Sounders will secure the victory in Seattle next week?